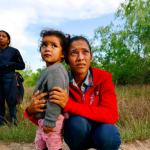 Editor’s Note: Given national events, and our field’s commitment to the lives of vulnerable youth, I devote this week’s column to an expert statement by from the Society for Research on Child Development (SRCD) on the effects of separating families. To read the statement by David Shapiro, CEO of MENTOR, on behalf of the National Mentoring Partnership, click here.

* Authors are listed in alphabetical order

After the United States Department of Justice announced the “Zero Tolerance Policy for Criminal Illegal Entry,” Immigration and Custom Enforcement (ICE — an arm of the Department of Homeland Security) separated approximately 2,000 children from their parents in April and May 2018 as they approached the U.S. border. Children and parents were placed in separate facilities as they were being processed and were not told when or how they would be reunited. This policy and its consequences have raised significant concerns among researchers, child welfare advocates, policy makers, and the public, given the overwhelming scientific evidence that separation between children and parents, except in cases where there is evidence of maltreatment, is harmful to the development of children, families, and communities.  Family separations occurring in the presence of other stressors, such as detention or natural disaster, only adds to their negative effects.

Evidence on Harmful Effects of Parent-Child Separation
The evidence that family separation is harmful dates back to studies on the effects of parent-child separations on children’s well-being during World War II. This research documented far reaching effects of these separations into adulthood, including increased risk for mental health problems, poor social functioning, insecure attachment, disrupted stress reactivity, and mortality (Pesonen & Räikkönen, 2012; Rusby & Tasker, 2009; Mitrani, Santisteban, & Muir, 2004). Other research similarly documents the harmful effects of parental separation on child well-being in a variety of other child populations including children in Romanian orphanages (Zeanah, Nelson, Fox, et al., 2003), children in foster care (Flannery, Beauchamp, & Fisher, 2017) and children of incarcerated parents (Geller, Garfinkel, Cooper & Mincy, 2009; Miller, 2006). More recent work has documented the increased mental health risk faced by both parents and children when they are separated in the immigration process (Suarez-Orozco, Bang, & Kim., 2011; Rusch & Reyes, 2013).  Parent-child separation has long-term effects on child well-being, even if there is subsequent reunification. After being separated, reunited children can experience difficulty with emotional attachment to their parents, self-esteem, and physical and psychological health (Smith, Lalonde, & Johnson, 2004; Gubernskaya & Debry, 2017).  For some children, time does not appear to fully heal these psychological wounds (Shonkoff et al., 2012).

Children depend on their primary caretakers to successfully navigate stressful and traumatic events. Children’s physiological responses to stress can be significantly reduced by access to their primary caretaker (Hostinar, Sullivan, & Gunnar, 2013). The separation of the family unit under extreme conditions of stress worsens the psychological and physiological ramifications of that stressor on children, especially younger children (Masten & Narayan, 2012). Conversely, ongoing contact with primary caregivers under conditions of stress can protect against risk (Rodriguez & Margolin, 2015).

Child-Separation from Parents Impacts Children at All Ages
Much of the research on family separation has focused on the impacts on children early in development. However, puberty is also an especially vulnerable time of rapid change (Doom & Gunnar, 2013). Stressors during adolescence can have lasting impacts — the effects of which may not become evident until adulthood — (Humphreys, Gleason, Drury, et al., 2015;  Lupien, McEwen, Gunnar, & Heim, 2009).  Further, the effects of traumatic experiences are cumulative; children and adolescents who have already faced previous adversity are particularly susceptible to long term further negative consequences (Brown, Anda, & Tiemeier, et al, 2009; MacKenzie, Bosk, & Zeanah, 2017). Thus, the research shows that across infancy, childhood, and adolescence, child-family separations can be related to negative outcomes across the lifespan.

The Policy Implications are Clear
The scientific evidence is conclusive. Parent-child separations lead to a host of long-term psychological, social, and health problems that are not necessarily resolved upon reunification. In particular, the disruption of biological stress regulation mechanisms in the body induced by the need to seek refugee or asylum status are further taxed by the absence of parental support. The science is clear: policies that separate immigrant families upon entry to the U.S. have devastating and long-term developmental consequences for children and their families.

We thank the SRCD Latino Caucus for their contributions.