The sixth annual National Mentoring Summit will take place January 27-29, 2016, at the Renaissance Washington, D.C. Downtown and will explore the theme of “Connection | Growth | Opportunity”.

With the release of the 4th Edition of MENTOR”s Elements of Effective Practice, the mentoring field has taken another major step toward incorporating the latest research into practice standards. Many programs have questions, however, about the extent to which the required standards and benchmarks apply to their particular populations, policies, and practices. Given the tremendous diversity, the Center for Evidence-Based Mentoring is pleased to offer a half day Short Course on the application of the Elements to different program models (e.g., school-based, group, e-mentoring) and populations (e.g.,youth in foster care, children of incarcerated parents). Based on the most commonly raised issues and applications, working groups will be formed and co-led by the EEPM4 authors and advisors, subject experts, and seasoned practitioners. Lessons learned and recommendations will inform new products and tools that will better support the field in all of it’s diversity.

The cost of this course is $15.  To register for the January 27, 2016 at the Renaissance Washington, DC Downtown Hotel Short Courses, visit the CEBM Registration Website 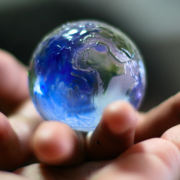 The answers to these 3 questions may rock your world

The Coach's influence off the field

Save The Date: European Center for Evidence-Based Mentoring Launches March 17th, 2016 at The European Mentoring Summit

@caselorg Actions speak louder than words, thank you for sharing!

@ObamaFoundation @MBK_Alliance @BarackObama Thank you for all your incredible work!