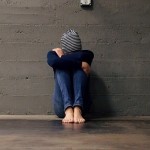 Justin (not his real name) was waiting to run into our group of volunteers as we conducted street outreach to youth and young adults who are experiencing homelessness in Atlanta. He hadn’t been seen in a while, and he was ready to tell us why.

Exasperated, he explained that he had just been released after spending the past month in the county jail. He had appeared in front of the judge for the second time, for the same reason. He had been caught by police for sleeping in a “bando,” a term commonly used for an abandoned building. In a city where the number of people experiencing homelessness far exceed the availability of beds in shelters and housing programs, youth have few options but to take shelter where they can.

Unfortunately for them, this often involves risking one’s own personal safety, and potentially results in interactions with law enforcement and the criminal justice system.

Society generally ignores the existence of youth who are homeless, perhaps more so for youth who are of color or identify as lesbian, gay, bisexual or transgender (LGBT). While homeless youth are often identified as an “invisible” population to the general public, their experiences tell us that they are of increased visibility to law enforcement.

Our experience informs us that youth feel targeted, susceptible to arrest and are untrusting of police officers, which can lead to dire consequences in both the short- and long-term trajectory of their lives.

Political and financial pressures lead to the increased law enforcement presence in areas where youth frequent. In 2015, as part of a team of researchers, we conducted the Atlanta Youth Count and Needs Assessment, a survey of over 600 homeless and housing-insecure youth in the metro Atlanta area. A quarter of the youth we interviewed had spent the previous night unsheltered; on the street, in a park, under a bridge, in public transit facilities or in encampments.

Recently, during the Super Bowl in Atlanta, multiple large and known homeless camps were raided and evacuated, as a result of pressure to “clean up” areas of the city. Real estate development and gentrification of areas in Atlanta continues to lead to the arrest and movement of youth from these established encampments. The fear of law enforcement for our youth experiencing homelessness is real.

While misdemeanor arrest may not be catastrophic for individuals who are securely housed, this is not the case for the overwhelming majority of youth who are homeless. In our study, we found that 59% of youth we interviewed had been stopped by police in the past year, at an average rate of 13 times. These stops by the police resulted in an average arrest rate of 1.8 times and youth spent an average of 31 days in jail.

Documentation, including identification, and belongings essential to survival are often confiscated or lost during an arrest. Most providers of housing services require documentation such as state IDs, Social Security cards or birth certificates, the absence of which can prevent or lead to delays in receiving housing solutions. Additionally, when a youth is arrested, they may then have the additional burden of a criminal record, placing a further barrier to permanent housing or employment. Social service providers often lament the difficulty faced when placing clients who have a criminal record in housing or training programs.

Youth experiencing homelessness clearly face complex, multifaceted challenges. These require solutions that involve the cooperation and collaboration of multiple stakeholders, including the criminal justice system. Atlanta has created a team of police liaisons who spend most of their time connecting with the community.

These officers spend time not only interacting with youth experiencing homelessness, but also develop personal connections and knowledge of various services and providers throughout the city. In this way, they are able to create a bridge between law enforcement and youth themselves. Officers can help find diversion programs and connect them to services, and in some cases, even locate confiscated belongings.

Around the country, other diversion programs and partnerships have been shown to be successful; instead of arresting youth like Justin, who was only trying to remain safe at night, they foster connections and refer to housing service providers. Imperative to creating these solutions and responses is the voice of youth themselves. They are the experts in their own lives and no community response can be successful without their input.

What is clear is that the arrest and prosecution of youth for crimes of trespassing, urban camping and loitering fails to solve the problem of youth homelessness, but rather exacerbates the problem. Law enforcement, service providers, community stakeholders must re-evaluate the structure of current systems and programs in place that serve youth and, importantly, must include youth in the conversations that focus on both their current and future wellbeing.

Groundbreaking study is a cautionary tale for group mentoring programs