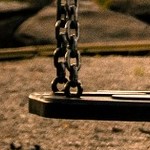 Notes of Interest: This longitudinal study followed children from rural North Carolina from age 9 to adulthood, tracking prevalence of parental incarceration, psychiatric diagnoses, and other adversities. Findings suggest that the incarceration of a parent during childhood or adolescence is associated with a higher likelihood of being diagnosed with a psychiatric condition (any depressive diagnosis, ADHD, or a conduct disorder) in adulthood. Participants who experienced the incarceration of a parent were also more likely to report a felony charge, to be incarcerated themselves, and to be socially isolated. They were also less likely to have completed high school.

In 2016, an estimated 8% of US children younger than 18 years had experienced the incarceration of a parent, and rates were substantially higher among children from racial and ethnic minority backgrounds and disadvantaged groups. Little is known about whether parental incarceration during childhood is associated with adult psychiatric problems and functional outcomes.

This cohort study used data from the community-representative, prospective, longitudinal Great Smoky Mountains Study. Children and their parents were interviewed up to 8 times from January 1993 to December 2000 (ages 9-16 years; 6674 observations of 1420 participants) using the Child and Adolescent Psychiatric Assessment, which assessed parental incarceration, childhood psychiatric diagnoses, and other adversities. Young adults were followed up at ages 19, 21, 25, and 30 years from January 1999 to December 2015 (4556 observations of 1334 participants) to assess psychiatric diagnoses and functional outcomes indicative of a disrupted transition to adulthood. Data analysis was conducted from June 2018 to June 2019.

By age 16 years, 475 participants (weighted percentage, 23.9%) had a parental figure who had been incarcerated, including 259 young men (22.2%) and 216 young women (25.5%). Parental incarceration was associated with higher prevalence of childhood psychiatric diagnoses. After accounting for childhood psychiatric diagnoses and adversity exposure, parental incarceration remained associated with increased odds of having an adult anxiety disorder, having an illicit drug use disorder, having a felony charge, incarceration, not completing high school, early parenthood, and being socially isolated.

The incarceration of a parent represents a serious disruption of a child’s life. Our results revealed that the incarceration of a parent figure was common, disproportionally so in African American and American Indian families, a risk factor for anxiety and substance use disorders a decade or more later, and associated with significant hurdles during the transition to adulthood, including having a felony charge, spending time incarcerated, not completing high school, becoming a parent when younger than 18 years, and being socially isolated. These associations remained when accounting for a broad range of other childhood psychiatric status and adversities such as poverty and maltreatment, suggesting that childhood parental incarceration has an enduring reach into offspring’s adult lives.

Our study documented the long reach of childhood parental incarceration. With respect to psychiatric disorders, offspring’s adult rates remained elevated more than a decade later. Risk of substance use disorders was also elevated—a novel finding considering that past studies had mostly focused on prescription drug and illicit drug use but not at the diagnostic level. Interestingly, living with a previously incarcerated parent posed a greater risk for young adult substance use disorders compared with the incarceration of a nonresidential parent. It is possible that previously incarcerated parents who lived in the same home socialized offspring into substance use patterns and/or provided access.

Our findings regarding derailments painted a concerning picture of intergenerational transmission of criminal involvement and incarceration. However, this is not necessarily biologically based; indeed, it was found for both biological and nonbiological incarcerated parents. Consistent with previous work, our study also suggests that children of incarcerated parents spend less time in school, with potential adverse consequences for lifetime career opportunities and earnings. Daughters of incarcerated parents were at heightened risk for becoming young mothers—a finding broadly consistent with previous research reporting that paternal incarceration (which 87.9% of children with incarcerated parents experienced in our study) was associated with having a child by age 23 years, although that study did not differentiate this finding by child’s sex. Interestingly, our study also revealed that children of incarcerated parents were at increased risk of lack of social support and connection in their young adult years. This is concerning considering social connection in adulthood is crucial for well-being and health and could also contribute to opportunities in other life domains such as finding a stable job.

FORUM: How is your mentoring program collaborating in the community? 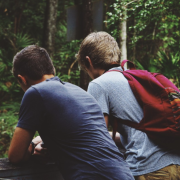