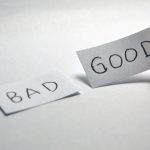 By Julia Pryce and Michael Kelly

Ammar (not his real name), a refugee from Syria, entered Canada two years ago at the age of 14. When he first moved to Canada with his mother and sister, he was extremely shy and had no friends or sense of community. But now, at 16, Ammar is an active member of an innovative group mentoring and youth development program called “Conversation Club.” After becoming more immersed in the program, Ammar says, “Now I can speak freely to other people, to my friends like this. Like when I came here, I don’t have any friends. Then, I came here and made all my friends.”

To Ammar, Canada is a place of welcome. He explains, “In Canada, there is a lot of people from other countries; we stick together. We feel like we are in Canada. It is a part of me.” Ammar is now a part of the school’s badminton team and reports a love for all Canadian sports. He now “speaks freely,” and does so in his native language, as well as in English.

Ammar’s peers in the Conversation Club also report gains. We’ve spent the last four years collaborating with Big Brothers Big Sisters of Canada (BBBSC) to evaluate the program, and our data show an increased sense of community, belonging, and hopefulness; stronger English proficiency; and greater national identity among those involved. Based on early work in the Peel region of Ontario, BBBSC is now offering this program to youth and their peer mentors, often immigrants themselves, across nine sites.

As refugees, Ammar and his friends represent a few of the more than 40,000 Syrian refugees welcomed by Canada since November of 2015. More than 14,000 of these new arrivals are sponsored by private donors, citizens reporting a desire to “do the right thing” in the face of mounting nativism elsewhere. Canada also provides a path to citizenship, calling refugees “newcomers” and welcoming them in the spirit of inclusion.

The continued influx of Syrian refugees to new home countries around the world affords us the opportunity to learn from this spirit, which is exactly what we, as Loyola University faculty, have done, studying the role of mentors in the lives of youth in community and school settings.

In many ways, the goals of the Conversation Club mimic some of the issues within the American immigration debate, where many Republicans want to restrict legal immigration, make all new immigrants learn English, and develop respect for American institutions.

But in a very real and intentional way, the Conversation Club represents a polar opposite to this approach. Instead of demonizing immigrants, the Club celebrates them. Instead of marginalizing, the Club includes. Instead of expecting immigrants to give up their own cultural heritage to become Canadian, the Conversation Club emphasizes that they can both be fully proud of their heritage and fully Canadian. This approach is working, and it offers us in the United States some lessons on how we might actually welcome the stranger in our own country.

Certainly programs like this exist in the United States: There are many remarkable programs aimed at responding to the needs and potentials of refugees. Many communities, including universities and non-profits, offer focused attention to this international crisis.

And, to be sure, the act of welcoming sometimes involves awkward or even difficult conversations. Some Canadians express apprehension about the responsibility of welcoming these new refugees. Some report worry as resources are stretched and budgets are adjusted. Refugee newcomers express frustration at the challenges they face in learning the language while pursuing financial independence from the government or private sponsors. And despite the support of most Canadians for immigration, even welcoming citizens express a desire for more screening of immigrants.

Yet the effort at hospitality continues. For these newcomers, Canada responds by providing emergency housing, paralegal, and transportation services.

Ammar, who left a country still ravaged by civil war and proxy battles between world powers, has found a place to learn, speak freely, and make friends. In the Conversation Club, he has found a new home, a place to celebrate his country of origin while practicing English. A place to talk with other newcomers who have come from all over the world. He is flourishing because he’s allowed to be himself: Syrian, Canadian, human.

Such conversations represent everything our current American political discourse on immigration is not: intimate, inviting, and personal. And while we are limited in the U.S. by official policies, we can learn a lot about how to treat the refugees who are already here from listening to our northern neighbors.​

This article was originally posted on uscatholic.org.