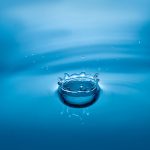 Engaging in the work of mentoring, whether you are a mentor yourself or plying your trade in a program, can be rewarding intrinsically (“I’m doing work to make my community better”) and professionally (“My mentoring skills are improving!”). In addition to these, though, one of the guiding lights that leads people into working in the field of mentoring, beyond the way it makes them feel or skills they develop, is the desire to make an impact.

It’s not hard to see why people would feel called to want to make an impact in youths’ lives.  Adolescents are facing a range of challenges and contexts that serve as near-impassible barriers in their healthy growth.

Getting involved in the juvenile justice system, for example, can have lifelong impacts on a young person’s job prospects, earning potential, and educational outcomes. They may suffer earnings losses of 10-30% for up to a decade after they’ve been released. For many mentoring programs, reducing youth involvement in the criminal justice system is their main focus.

While numbers have begun trending lower among youth with regards to substance use and abuse, such as opioid abuse, communities across the country are struggling to cope with the fallout from opioid overdoses. This results in heavily affected communities, and, by extension, youths who must navigate growing up within that context.

There are certainly more issues facing mentors and mentoring program staff on a daily basis, and yet they continue to provide guidance and support to the younger generations. There is a concern, here, however: burnout. Workload is often considered one of the main drivers of professional burnout, but one of the less-discussed reasons, described by Forbes, is insufficient reward.

Insufficient reward need not consist only of feeling underpaid. Indeed, as the majority of mentors are volunteers, rewards are more focused on intrinsic benefits of mentoring. In this setting, insufficient rewards translate more to not making the impact you had hoped to make in the lives of the youth in your community. Mentoring, as mentors themselves and program certainly know, can be taxing, hard work. That hard work doesn’t always translate into the results mentors and staff hoped to see.

In a recent Huffington Post article, author Alex Budak cautions against putting the focus primarily on “making an impact”. As he describes it, “[W]e can’t force our way to creating a positive impact. Whether we have an impact or not is ultimately up to others — those whom we seek to serve — to decide.”

So what are some factors to keep in mind to move away from a laser-like focus on creating an impact and refocusing on the work of inclusive mentoring? Budak has some recommendations:

A key point from Budak’s advice is the emphasis he places upon involving the beneficiaries in generating solutions. When focusing directly on making an impact, it’s possible that you overlook all sorts of key components that can help to make a mentoring program or mentor more successful. Think of it as standing on the top of one building, and looking directly at your desired goal (positive impact) on the opposite rooftop across the street. How much are you missing that is happening below that may influence how you reach that other rooftop?

In her work, Torie Weiston-Serdan has developed a model of Critical Mentoring that seeks to address what is happening on the ground with mentees and their communities, and focusing on making that a central component of any mentoring program (click here to read some of Weiston-Serdan’s thoughts on her model in a previous interview with the Chronicle).

What are some other ways in which your mentoring program, or you yourself as a mentor, have sought to put the horse back in front of the cart and let the impact flow from the work? Is there a framework that you have found to be helpful? Let us know in the comments!

Four tips for having healthy conversations with mentees about race