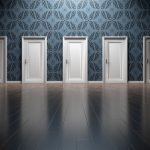 Mentoring has been shown to have a modest but impactful effect on at-risk youth in terms of promoting positive outcomes like educational attainment and buffering the risk of negative outcomes such as drug and alcohol abuse. However, a major problem facing mentoring organizations is early match termination, or when a mentor-mentee pair stops meeting before the date set by the organization.

These closures can often negatively impact a mentee, and make it more difficult for them to form new mentoring relationships with adults in the future. Although such closures are common, they are not very well understood. Identifying the characteristics of people who experience early match termination will make it easier for researchers and organizations to customize interventions to prevent these early terminations.

The authors of this study wanted to investigate mentor and mentee characteristics in order to better understand who was at higher risk of an early match closure.

The authors of this study utilized a secondary data analysis using match data from a national mentoring database in the United States. They examined demographic characteristics of both mentors and mentees, characteristics of the program (e.g. school or community based, group or one-on-one), as well as youth risk factors (e.g. living in a low income home, having a parent in prison or the military, being in the foster care system). Mentees were coded dichotomously for the presence or absence of each risk factor.

Mentors (N = 6965) were mostly women (64%), White (65%), Non-Hispanic (96%). Their ages ranged from 18-65. Mentees (N = 6468) were also mostly female (56%), 40% were White, 40% were Black, and 11% were Hispanic. Their ages ranged from 6-19, but most were elementary school aged (46%) when their matches were made. The final sample included data from 17,000 matches. The researchers used logistic regressions to determine which characteristics were predictive of premature match closure. They then created a summed score of cumulative risk and then assessed which factors most strongly predicted premature match closure when all were taken into account.

In terms of risk categories, criminality (gang involvement or risk of becoming involved, juvenile delinquency, or court involvement) was highly predictive of early match closure. The same was true of being a youth in foster care, being an immigrant, or having a parent in prison. Youths using substances or who were teen mothers were also more likely to experience early match termination. However, youth from low income homes, who were homeless, or with a parent in the military were not any more or less likely to experience early match closure. The same is true of youth with internalizing behavior problems (e.g. being withdrawn, feeling isolated, feeling anxious) and for those with mental or physical health problems. Those with behavioral regulation difficulties (e.g. ADHD) and externalizing behavioral problems (e.g. violence and anger management problems) were also more likely to experience early match termination.

When looking at the results of the cumulative risk regression; only family risk, risky health behaviors, and mentee age were significant predictors of early match closure.

The results of this study show that looking only at individual risk factors is insufficient when studying reasons why matches close early. Familial context is also important and a significant predictor of whether or not matches succeed or fail. To that end, mentoring programs should make attempts to engage not only with the youth in their programs, but also with their families, particularly when youth are already at high risk of leaving the program early.

In addition, some of the youth who stand to benefit the most from mentoring relationships (those with aggression and substance use issues) are also those who are at highest risk of not receiving the much-needed benefits of these programs. Mentors may terminate matches early because they feel overwhelmed dealing with the complex issues that many youth face. One solution to that problem is to increase feelings of efficacy through pre-match training, and reducing staff to match ratio on high risk cases.

Regardless of the reason for early closure, mentors should aim to end things on a positive note with their mentees to avoid some of the negative outcomes associated with early match termination. 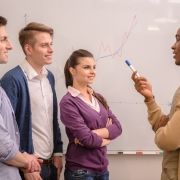 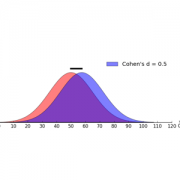 Methods Corner: What is an effect size?