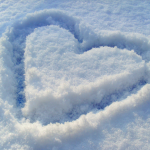 Most fund-raising events for mentoring programs follow a familiar script. After the mingling and announcements, a mentor and mentee are beckoned to the podium. The mentor describes in poignant detail the many stressors in her mentee’s life; the mentee expresses gratitude for the loving support and guidance she received. By the time the two embrace, there is typically not a dry-eye in the ballroom. Such stories evoke empathy, or the ability to put oneself in another’s shoes, and are, indeed, a powerfully effective fundraising tool. What’s more, the subsequent outpouring of charitable gifts stoke a “warm glow” in the donors and provide programs with needed resources.

Despite these benefits, many moral philosophers and psychologists take issue with this personalized approach, particularly if our charitable goals are to advance the lives of as many youth as possible. In his new book, Against Empathy, Yale psychology professor, Paul Bloom, laments the fact that we are so much more easily swayed by the plight of a specific person than by the suffering of many. He explains that, because empathy requires a laser focus on the individual, it obscures the larger context and draws our attention away from efforts that could potentially help thousands or perhaps even millions more children. Serving a child through a mentoring programs can be enormously helpful but what about also advocating for better schools or more prevention efforts.  The problem is that dire statistics about children and campaigns to support broadly effective prevention efforts simply don’t sway us. In fact, it’s just the opposite. As attention shifts from a child to children, we instinctively pull back (Slovic, 2007). This paradoxical response can be traced to the way our brains evolved. According to dual-process theories of cognition (Epstein, 1994) we all have a more affective, experiential,  automatic cognitive system, encoded in images and narratives, and a slower, more rationally analytic or deliberate cognitive system. Although we routinely deploy both systems, the affective or experiential system has been shown to play a substantial role in decision making, particularly in motivating behaviors. Some have offered an evolutionary, explanation for this duality. Because of the more localized immediate dangers in early human life, our affective system of processing did not evolve to help us respond to more distant, problems like those conveyed in childhood poverty statistics. As he notes, “When it comes to eliciting compassion, the identified individual victim, with a face and a name, has no peer. Psychological experiments demonstrate this clearly but we all know it as well from personal experience and media coverage of heroic efforts to save individual lives.” As Mother Theresa once said, “If I look at the mass, I will never act. If I look at one I will”  In other words, we may want to help children, but we’re wired to do it one specific child at a time.

This so called, “identifiable victim effect” was observed nearly a half century ago by economist Thomas Schelling who observed, ““Let a six-year-old girl with brown hair need thousands of dollars for an operation that will prolong her life until Christmas, and the post office will be swamped with nickels and dimes to save her. But let it be reported that without a sales tax the hospital facilities of Massachusetts will deteriorate and cause a barely perceptible increase in preventable deaths—not many will drop a tear or reach for their checkbooks.” What’s more, many of the philanthropists who generously give to the mentoring programs might also support candidates who campaign to cut taxes and scale back the very educational, housing, and family assistance that can alleviate the suffering of children and families.

Empathy, according to Bloom, is also innumerate. Our brains are simply not wired for emotional calibration. We can be troubled by statistics about the dramatic uptick in gun-related deaths to children and teens in Chicago’s poorest neighborhoods (over 7,500 in 2016 alone) or the growing number of U.S. children living poverty (16 million). But, add or subtract a zero from either of these sad tallies and we’re likely to feel about the same inside. Psychologist Paul Slovic notes that the same holds true with other stimuli—sound, light, even money—for which we can detect changes with precision only at low levels  (i.e., Weber’s law). He cites novelist Annie Dillard’s struggles to comprehend the Chinese nation, “There are 1,198,500,000 people alive now in China. To get a feel for what this means, simply take yourself – in all your singularity, importance, complexity, and love – and multiply by 1,198,500,000. See? Nothing to it” (Dillard, 1999, p. 47).” He also cites Nobel prize winning biochemist Albert Szent Gyorgi as he struggles to comprehend the possible consequences of nuclear war: “I am unable to multiply one man’s suffering by a hundred million.”

Empathy is also parochial and entrenched in our biases. Far too often Bloom argues, we are “swayed by irrational considerations such as skin color or whether or not someone lives in the same neighborhood.” We are often at our most committed and generous when we are helping children in our tightest spheres. “Intellectually, a white American might believe that a black person matters just as much as a white person, but he or she will typically find it a lot easier to empathize with the plight of the latter than the former,” As such, he argues, “empathy distorts our moral judgments in pretty much the same way that prejudice does.” Empathy is easily exploitable. For every advertisement in the 2016 presidential campaign that appealed to our sympathies for a hard working immigrant dreamer, there was another that highlighted an equally sympathetic blue-collar worker who had lost his job to the forces that globalization. Finally, empathy can lead to burnout in helping professionals and mentors alike.  Walking too many miles in another’s shoes can be exhausting—and sometimes lead to early terminations (Spencer, 2013).

For these reasons and more, empathy alone is a weak basis for rational decision making. Bloom suggests that we consider the cold hard facts along with compassion or what Buddhists call, “loving kindness.”  These emotions are less intensely focused, so they can be more widely and thoughtfully applied. To bring these point home, I recently assigned a class of advanced clinical psychology doctoral students to work closely with mentors and mentees in a local program for an entire semester. Instead of just focusing on the dyad, however, students were also required to visit and learn about the mentees’ schools, homes, and neighborhoods and to dig up statistics about the scope of a broader societal issue affecting the child. Over the course of the semester, as the students immersed themselves in the lives of their mentees, there was a transformation in their understanding and approach. They were deeply moved by the perilous threats to their mentees’ positive development, but their consideration of the broader circumstances enabled them to generalize to other youth. The most salient lesson of the course, brought home by nearly every pair, was that the relationships were straining under the burden of poverty, violence, and trauma. These ranged from parental incarceration, homelessness, unstable foster homes, undiagnosed learning disabilities, and chaotic schools to nearly daily exposure to neighborhood violence. During the semester, one mentee experienced a concussion after she was attacked on her way home from school. Another was surfing the couches of her reluctant classmates after her mother was evicted from an apartment. One mentee had been tracked into a school that took several bus transfers and nearly two hours to reach each day. Although she faced repeated suspensions (and consequent class failures) for her tardiness, her mother felt powerless to challenge the redistricting because of her immigration status. In other words, all of the children’s very personal difficulties were intertwined in an oppressive web of broader struggles. The children’s responses to this chaos and trauma–anxiety, attention difficulties, acting out–was often treated with cocktails of psychiatric medications while the problems that gave rise to them raged on. As one of the graduate students asked, “We should find ways to help these children get through each day, but don’t we also need to find ways to put out the fire.”

This assignment also brought home the promising possibility that we can harness and then expand the power of empathy in ways that benefit more children. Indeed, researchers have documented the ways in which knowing one person from a discriminated group (e.g., LGBT youth, first-generation immigrants) encourages broader support of efforts to improve the outcomes of that entire group. The key then is to extend our spheres of emotion–compassion, empathy, loving kindness, you name it–from that one person who is evoking it to the millions of nameless and faceless children who are also suffering.

Three ways to build a “Sound Relationship House” in mentoring

Predicting the future of mentoring programs