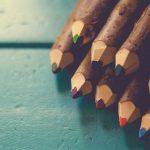 Many school age children suffer from undiagnosed mental health problems, and this problem disproportionately affects Latino/a and other minority children, and those living in low-income neighborhoods. Since these problems can often lead to poor performance in academics and in the social environment of school, schools have developed mental health promotion and prevention programs based in schools. Recent meta-analyses have shown these to be effective, but service gaps exist for youth in low-income urban areas. Turn 2 Us is an elementary school-based mental health promotion and prevention (SBMH-PP) program in New York City aimed at providing services to students, staff, and parents, and has multiple tracks of intervention to help students with both externalizing and internalizing problems. The authors of this study wanted to determine the efficacy of this program.

The researchers recruited 182 of 186 students in third through fifth grades who were involved in the Turn 2 Us program and thirty two of their teachers to participate in the study. Attrition in this group led to a final sample size of 174 students. Fifty one percent of students were male, 49% were female, and 94% completed all measures. Eighty seven percent of students were Latino, 10% identified as African American, and 3% identified as some other race or ethnicity.

All students in the program participated in a 12 week mentoring intervention as a group during recess with children from their respective track; children with externalizing behaviors were offered the opportunity to take part in sports/dance activities after school, and those with internalizing behaviors were invited to take part in an art/drama activity. Students from the rest of the population were also allowed to join these activities in order to prevent stigmatizing the group of children receiving services, and while these students were not given the mentoring intervention, they were invited to participate in the study to serve as a comparison group.

Teachers were asked to assess students on the Strengths and Difficulties Questionnaire; this was used as a baseline measure of risk for mental health problems after students enrolled in the program. It contains 25 items with five subscales encompassing: emotional problems, conduct problems, hyperactivity and inattention, relationship problems, and prosocial behavior. Teachers were asked to complete a Student Assessment Survey to track social and behavioral functioning in class; this measure was developed by the researchers and is based on the Teacher Report Form.

Academic achievement were assessed by using English language arts and mathematics state exams, and attendance reports from the school. Control attendance and exam scores were collected from non-participants in the same school equaling the number of students participating in the study.

Nearly 32% of students in the program scored in the abnormal or borderline range on the SDQ, which indicates a high probability of them having a diagnosable disorder.

The researchers separated students into high and low risk groups based on their SDQ scores and ran one-way ANOVAs to compare changes on the SAS and academic test scores and attendance.

The researchers found significant effects for time and interaction effects for time and risk level for SDQ scores, as well as for the emotional symptoms and hyperactivity and inattentiveness subscales. Those in the highest risk group demonstrated greater improvements on the SAS than students in the low risk group.

Students involved in this study demonstrated significant improvements in classroom behavior, social performance, standardized test scores and attendance. The authors note that the program had “greater impact on those students at highest risk for either internalizing or externalizing problems…given that a recent meta-analysis…found that programs were typically more effective at addressing the needs of students with internalizing rather than externalizing problems.” However, since the researchers did not test for what specifically was contributing to these effects, it is not possible to tell if it was the customized activities, collaboration between teachers, parents, and community, or classroom climate that led to the improvements in these students’ outcomes. It is also possible that the mechanism through which students change is different for students with different types of problems. However, it was apparent that generating a “strong partnership with key stakeholders from the community, in particular the school administration, fostered the necessary support and infrastructure needed to effectively implement services in the school.”

The authors note that while this study gives support to other research on the efficacy of programs for low-income, minority youth, larger sample sizes with a matched control group are necessary in order to better judge the impact of such an intervention. 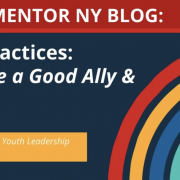