Warning: Undefined array key "subscription" in /home/evidence/www/www/wp-content/plugins/cookie-notice/cookie-notice.php on line 296
 Now more than ever: Best practices for working with immigrant youth – The Chronicle of Evidence-Based Mentoring 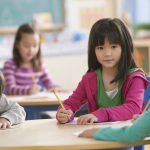 Editor’s note: Mentors who are working with the many immigrant children in our country are, no doubt, concerned about the immigration-related policies of the former administration, including its the anti-immigration rhetoric and hate incidents/speech of recent months. Although President Biden is seeking to reverse many of the measures, and restore DACA, the policies and events of the past few months have been destabilizing and threatening to many of our nation’s youth of color. Professor Carola Suárez-Orozco, an expert on immigrant youth, has offered some recommendations that are as relevant as ever.

More recently, Carola teamed up with her husband (another leading expert) and their colleague to write an excellent piece on the topic. It was posted yesterday on  Reimagining Immigration, to help guide teachers and mentors in working with children and adolescents navigate these difficulties.

The young people entering schools this fall are the most diverse group of student’s in the history of the nation. One-quarter of them are of immigrant origin, from nearly every country in the world. That diversity is not limited to the United States, indeed, increasing numbers of migrants and the children of migrants enter schools, around the world, eager to learn. Unfortunately, the messages they are getting from the wider world often run counter to the conditions we try to create in our classrooms. Hate speech, divisive political rhetoric, a rash of hate incidents in and around schools, combined with increased deportations of undocumented immigrants in the U.S., has many teachers and students on edge.

We’ve been hearing from young people, migrants and non-migrants alike, that many of them are afraid. In such a polarized climate, it is easy to understand. However, many immigrant children have very specific, and immediate, concerns. While there are few DACA recipients among K-12 students, there is tremendous uncertainty over the fate of many of their closest relatives including siblings, parents, grandparents, and cousins–family members who care for our students and the very people that they love. Further, in many classrooms, peers are witnessing their friends and classmates trying to navigate this turbulence.

As educators, are we aware of what our students are going through? And, what should we be doing about it? Here are a few tangible suggestions for the short and long term….

…We need to equip a generation of young people with the knowledge, skills, and dispositions to work to build bridges between newcomers and receiving communities. This is the task of the next of our next generation — our shared future depends on it.