LGBTQ youth are frequently victimized in schools at rates that are much higher than those of their heterosexual and/or cisgender peers and experience rates of mental illness at much higher rates as well. Studies have shown that the presence of GSAs (Gay-Straight Alliances) in schools can help to boost the well-being of LGBTQ youth.

GSAs typically function on models of student empowerment with adult guidance; students usually have one or two adult advisors that help them to interface with the school’s administration. However, little research has been devoted to studying the advisors themselves and given their unique position to influence the well-being of their students, it is important that they are both knowledgeable about issues pertaining to LGBTQ youth and confident in their abilities to guide different types of students with unique needs.

Thus, the researchers of the present study sought to examine self-efficacy of GSA advisors when dealing with LGBTQ youth of color, and transgender youth; two identities within the LGBTQ community that often go overlooked.

The researchers used data from the 2013 Massachusetts GSA Network Advisor Survey to conduct their analyses. 47 GSA advisors from 33 Massachusetts high schools participated in the survey. The researchers asked questions about demographics such as age, race, gender, sexual orientation, length of time serving as a GSA advisor, and used publicly available data about the racial/ethnic minority composition of each advisor’s school.

However, sexual orientation (but not gender identity) of advisors did influence their levels of self-efficacy for addressing the needs of transgender youth; advisors who identified as LGBQ were slightly more confident in their ability to assist transgender youth than their heterosexual counterparts. Due to the dearth of advisors of color, analyses could not be performed to see if race/ethnicity would play a role in moderating self-efficacy for either population.

Length of time serving as a GSA advisor was not significantly associated with self-efficacy in either area, but younger advisors were more likely to feel confident addressing the needs of LGBT youth of color. Additionally, advisors from schools where there were high proportions of youth of color were more likely to report higher self-efficacy in that area than advisors from less diverse schools.

The authors of this study conclude that differences with the youth that they serve and lack of training may be what led some advisors in this study to report low levels of self-efficacy for serving transgender youth and LGBT youth of color. With that being said, it is particularly important for GSA advisors to become culturally competent in these areas because those with multiple intersecting minority identities are at even higher risk of negative outcomes than those with only one “othered” identity. Additionally, they hypothesize that LGB advisors might have felt more competent serving transgender youth than youth of color because of their similar experiences of discrimination. However, those shared experiences can only stretch so far when it comes to LGBT youth of color due to the added layer of racial or ethnic identity.

The authors suggest that future studies examine GSA advisors’ self-efficacy in serving LGBT youth from other backgrounds (e.g. religion, social class), along with more nationally representative studies to see if these trends hold true in GSAs across the U.S.

Cultural competence is a must when working with marginalized populations such as LGBTQ youth, and careful attention must be paid to intersectionality. If mentors don’t feel confident helping a youth in a particular area, then they must challenge themselves to rise to the occasion that their mentee is presenting them; do research, attend trainings, and most importantly: always keep an open line of communication with their mentee about what they personally want from their mentor when it comes to navigating their identity. 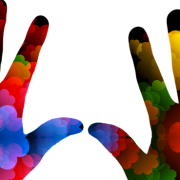