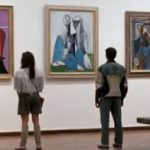 Teens who took part in cultural activities like concerts or museums with their parents were more likely to aspire to continue their studies after the age of 16 than those who didn’t, a new study shows.

The findings hold true even compared to activities such as homework clubs or participation in extracurricular activities.

“Filial dynamics such as emotional closeness to parents and cultural capital were better predictors than more school-driven parent-child interactions,” says Dimitra Hartas, associate professor in the Centre for Education Studies at the University of Warwick, who led the research.

The study, published in the Journal of Youth Studies, finds that there is no shortage in young people’s educational aspirations. It does, however, uncover some demographic trends: younger boys were less aspirational than slightly older adolescents and girls in general.

The data for the study comes from an annual survey, the United Kingdom Household Longitudinal Study, conducted by the University of Essex. The researchers analyzed 10,931 adolescents (with a sub-sample of 4,427 included in the final analyses). The work examines factors relating to family emotional closeness, bullying, friendships, homework, extra-curricular activities and perception of parental interest in the child’s education.

The researchers measured responses to questions about a variety of topics such as visiting art galleries, discussing books at home, the number of evenings spent doing homework, relationship with siblings, and quarrelling with parents.

Hartas and her team found that the inclination to solve problems (self-efficacy) was a strong predictor of educational aspiration. Teens who indicated they were less confident at tackling problems were 30 percent less likely to rate gaining GCSEs (General Certificate of Secondary Education) important.

In addition, those who expressed a lower level of general well-being were 18 percent more likely to choose not to go to university. Closeness to parents was an indicator of attitude towards GCSEs; those who did not feel emotionally close to their parents were two times higher to consider GCSEs unimportant. However emotional closeness to parents was not found to be significant in predicting a desire to attend university.

What the researchers termed “cultural capital” or participating in cultural activities also appeared to affect the desire to study further. Those who weren’t exposed to cultural activities were 14 percent and 20 percent respectively less likely to consider university or GCSEs as important. Those who did go to museums, galleries, concerts, etc. were found to be 23 percent less likely to consider training or employment post-16.

“These findings have significant implications for family and educational policy, especially with regard to ‘raising aspirations’ and reducing early school leaving,” says Hartas. “They also raise the issue of reconsidering the role of the home environment as a web of emotionally and intellectually charged relationships between parents and children rather than an extension of the school day.” 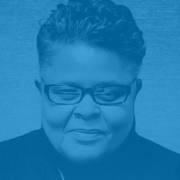 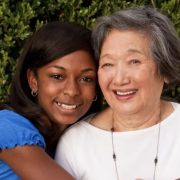 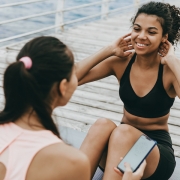 What are the benefits and motives of becoming college peer mentors in sports?