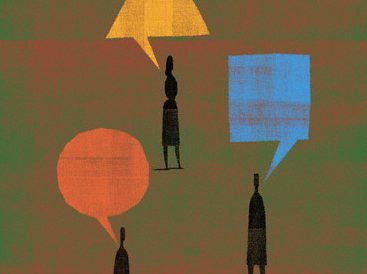 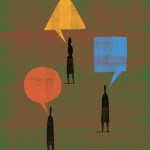 Judson Manor is a gracious former 1920s luxury hotel near The Cleveland Clinic, Case Western University, and many of the museums and arts institutions in Cleveland, Ohio. Today it houses 120 highly educated retirees with an average age of 79 — and seven 20-something graduate students.

Back in 2010, one of Judson’s residents realized that the goal of enlivening the cultural life of the retirement community and the need to provide affordable housing for nearby graduate music students might be simultaneously solved.

It turned out to be an inspired insight, and soon it led to an artist-in-residence program. In return for free rent in a beautiful building blocks from the Cleveland Institute of Music, graduate students agree to perform for the residents and participate in meals and other community events.

The partnership has been a triumph of efficiency — a win-win for the cultural climate of Judson and often-stretched student bank accounts. But something else has happened. By bringing together older and younger people with something in common — a shared love of music, art, and learning — deep connections have followed.

Like the one between viola student Caitlin Lynch and her nonagenarian neighbor Clara Catliota. The two grew so close that the young woman asked the older one to join her wedding party. The 90-something woman couldn’t make the trip to Oregon for the event, so instead she threw a second wedding celebration for the couple at Judson.

In the past 100 years, the natural emergence of cross-generational relationships like this one has been rendered nearly impossible, as America went from being one of the most age-integrated societies in the world to arguably the polar opposite.

In his book How Old Are You? Brown University historian Howard Chudacoff demonstrates that age was not an important part of everyday life for most of the 19th century. According to Chudacoff, “The country’s institutions were not structured according to age-defined divisions, and its cultural norms did not strongly prescribe age-related behavior.” (Birthdays were rarely celebrated or noticed — and the happy birthday song wasn’t even invented until 1934.)

However, during the industrial age in the U.S., an assembly-line mentality led to grouping people by age, in the hopes of standardizing everything from the education of the young to the care for the elderly. And it brought some benefits. But the extreme degree to which we’ve shunted young people into educational institutions, middle-aged adults into workplaces, and older people into retirement communities, senior centers, and nursing homes has come with costs.

Research in 2013 from demographer Richelle Winkler shows that in the U.S., age segregation is often as ingrained as racial segregation. Using census data from 1990 to 2010, Winkler found that in some parts of the country, old (age 60+) and young (age 20–34) are roughly as segregated as Hispanics and whites. This broader pattern is reflected in our neighborhoods. A 2011 study from MetLife and the National Association of Homebuilders found that nearly one-third of people over the age of 55 live in communities that entirely or mostly comprise people 55 and older.

“I think we’re in the midst of a dangerous experiment,” Cornell University professor Karl Pillemer told The Huffington Post. “This is the most age-segregated society that’s ever been. Vast numbers of younger people are likely to live into their 90s without contact with older people. As a result, young people’s view of aging is highly unrealistic and absurd.”

The extent of the isolation, of course, runs both ways — especially when it comes to young and old who aren’t related. According to another study, just 6% of people over 60 said they discussed “important matters” with nonfamily members under 36.

The abject absence of contact between generations undoubtedly contributes to worries about a coming generational war pitting kids versus canes over scarce public resources. But the biggest problem is widespread ageism rooted in stereotypes and sustained by the lack of contact between old and young.

Age segregation also constitutes a missed opportunity for combining the unique assets of age and youth in the workplace. In an HBR article, two management school professors found that an age-integrated assembly line resulted in improved productivity, reduced absenteeism, and fewer defects. And at the end of the experiment, none of the workers wanted to leave the team.

In a similar vein, a new group of innovators is finding efficiencies not in separating people by age but by bringing them together. What’s more, the American housing sector, long a part of the problem — think Sun City, Leisure World, and other age-restricted developments — may in fact be leading the way in seeding a new set of solutions.

Nesterly, an intergenerational homesharing service, is one of these promising innovations. It marries the insight that many older people have rooms to spare and many students in higher education centers such as Boston, New York, and Los Angeles are struggling to afford sky-high rents. The startup connects older people who have extra space in their homes with young people who are looking for an affordable place to live. And it adds an additional feature: Students can perform chores in return for reduced rent.

Its cofounders, Noelle Marcus and Rachel Goor, are recent graduates of MIT’s city planning program. Inspired by the late Maggie Kuhn, founder of the Gray Panthers, an organization of intergenerational activists, and one of the early proponents of age-integrated housing, Marcus and Goor immersed themselves in studying the intersection of the sharing economy and affordable housing. Their agenda is to create this market and make a profit, but they describe themselves decidedly as a social enterprise, one that uses housing as a basis for creating connection across generations.

An array of other housing innovators, aging experts, architects, and homebuilders — including developers of senior-only communities — are contributing to the trend.

And now some of the biggest homebuilders are getting into the act. Lennar is promoting its NextGen model, which includes space for families and “aging parents, live-in caretakers, post-college grown children, and more” under one roof, with privacy intact. Pardee Homes, another big builder, has launched GenSmart Suite to create homes designed to allow multiple generations to live together. While these efforts are usually discussed in terms of an expanded notion of family, they nonetheless contribute to the creation of multigenerational neighborhoods.

It makes sense that this innovation is beginning to happen now, as we reach an important demographic turning point. For the first time ever, there are more Americans over 50 than under 18. These numbers create both opportunity and urgency for making the most of the multigenerational reality that’s already here and that’s only projected to grow. And they force us to redefine what it means to be efficient — and human.

Marc Freedman is the founder and CEO of Encore.org. His new book, How to Live Forever, will be published in November 2018.

Trent Stamp is the CEO of The Eisner Foundation, the only U.S. funder investing exclusively in intergenerational solutions. 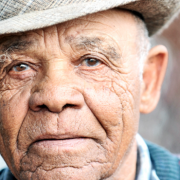 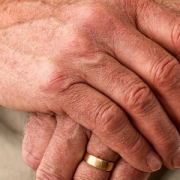 Check out this new study that explores how mentors can advocate for Latinx STEM students’ social capital, and how social capital, in turn, can affect STEM outcomes for Latinx students. evidencebasedmentoring.org/ho… pic.twitter.com/IRFDKj0RWD

There is a need for colleges to develop new strategies to help young faculty members adapt to their teaching positions. This study examines how online mentoring can support young professors who hold teaching positions in faraway colleges. evidencebasedmentoring.org/ne… pic.twitter.com/GUOvec033f

Every other week a newsletter is sent out containing a new article written by Dr. Jean Rhodes, as well as other important articles related to mentoring. Sign up for our newsletter by visiting our website at the link below. #youthmentoring #research evidencebasedmentoring.org/su… pic.twitter.com/dCbd9YfZOd

Although mentoring can promote positive workplace outcomes, there isn't a lot of research that examines the role of protégé’s self‐efficacy. This paper examines the role of shared experiences between mentors and protégés on protégés' perspective-taking. evidencebasedmentoring.org/ho… pic.twitter.com/RIAT9lPQuJ