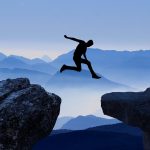 With the passing of Medal of Honor recipient Thomas J. Hudner, Jr., CNN has posted a wonderful story (Note: some language used in the article may be offensive to readers) on Hudner’s relationship with the Navy’s first African American aviator, Jesse Leroy Brown. Below is the opening excerpt from the story:

“Jesse Leroy Brown was hurtling over the North Korean countryside in his Corsair fighter 17 miles behind enemy lines when he discovered that he was in trouble.

“Jesse, something’s wrong,” one of the men in his squadron radioed him. “You’re bleeding fuel.”

It was the beginning of the Korean War, but Brown was already battle-tested. For years, his own people had tried to destroy him. Now he was in another conflict, part of a six-man squadron dispatched to defend a U.S. Marine division encircled by 100,000 Chinese troops at the Chosin Reservoir. The Marines appeared so doomed that newspapers back home dubbed them the “Lost Legion.”

Brown had been flying low over a remote hillside looking for targets when ground fire ruptured his fuel line. He scanned the icy slopes for a place to crash land because he was too low to bail out.

“Losing power,” Brown calmly radioed to his squadron. “My engine is seizing up.”

He spotted a small mountain clearing and took his plane in. The impact of the landing raised a cloud of snow and crumpled his Corsair. He tried to climb out of the cockpit but he was pinned inside — and flames were starting to rise from the fuselage. The sun was setting, and swarms of Chinese troops were likely headed his way. That’s when his wingman, Lt. Tom Hudner, who watched the scene unfold from above, decided to do something risky: He was going to crash land into the same mountain clearing to rescue Brown.

“I’m going in,” he said over the radio as his plane dived toward Brown’s smoking Corsair.”

The article, which can be read in full here, follows Brown’s life starting from his roots in Jim Crow Era Mississippi. As the author, John Blake, notes, “Brown’s story … goes deeper than racial inspiration. It’s also about the importance of being able to see yourself in someone who doesn’t look like you. Two of Brown’s biggest allies were white men who had little or no exposure to black people. One was willing to crash-land onto a mountain for him, another defended him on a different proving ground.”

There are a lot of rich lessons to draw from the friendships and mentoring relationships between Hudner, Brown, and Roland Christensen, Brown’s flight instructor at Glenview Naval Air Station. With Veteran’s Day having just recently been observed, it’s important to remember the ways in which people can come together in moments and eras of duress, overcoming cultural and institutional resistance to breaking down segregated barriers.

A happy Thanksgiving 2017 to all of our readers!