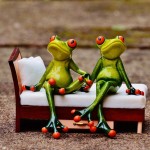 Overwhelmed recently by the stress of an impending move — along with the usual demands of a busy life — I turned to the people I love.

In small chunks of time between tasks on my to-do list, I called and texted with my sister, my parents, local friends and old friends scattered around the country. Some conversations turned my stress into laughter. Others made me cry. One friend came over to clean out my closet. Then she took our kids for four hours so we could pack without interruption.

With each hug, conversation and gesture of support, I started to feel better. As it turns out, those feelings may be paying long-term dividends, too: According to accumulating evidence, strong relationships breed better health, with benefits that include resilience against heart disease and a longer life.

It’s encouraging research that’s worth paying attention to. When life gets hectic, making time for friends can be a challenge. And some studies suggest that many of us have fewer friends today than our parents did a generation ago.

“A good friendship is a wonderful antidepressant,” says psychologist Janice Kiecolt-Glaser, director of the Institute for Behavioral Medicine Research at the Ohio State University College of Medicine in Columbus. “Relationships are so powerful, we don’t always appreciate the many levels at which they affect us.”

Ever since researchers began to make links between loneliness and poor health about 25 years ago, the scientific literature on the value of friendship has exploded. Today, the data make a convincing case: Having people who care about us is good for us.

In a 2010 meta-analysis that combined data on more than 308,000 people across 148 studies, for example, researchers found a strong connection between social relationships and life span. The size of the effect rivaled that of better-known health-related behaviors such as smoking and exercise.

Because the studies used different methods, the analysis couldn’t say exactly how many more years of life we might gain by having true pals, says lead author Julianne Holt-Lunstad, a psychologist at Brigham Young University in Provo, Utah.

But in a 2015 analysis that compiled data on more than 3.4 million people across 70 studies, she and colleagues found that the absence of social connections carried the same health risk as smoking up to 15 cigarettes a day. Loneliness led to worse outcomes than obesity. And the findings held true for people of all ages.

Early on, it seemed possible that healthier people might simply make more friends. But a growing body of research suggests instead that good relationships actually lead to better health. One clue comes from studies that begin with a large group of healthy people and follow them for decades. Experimental work on animals has also linked isolation with earlier death.

And plenty of studies have revealed biological theories that may explain what makes us healthier when we feel supported: lower blood pressure, better hormone function, stronger immune systems and possibly lower levels of inflammation.

Meanwhile, friends can influence health-related behaviors through peer pressure that values healthy eating, exercise taking prescriptions and going to doctor’s appointments, Holt-Lundstad adds. True friendships can also give us a sense of purpose, making us more motivated to take care of ourselves.

But even as evidence piles up to support the value of bonding, the nature of friendship seems to be changing, says Glenn Sparks, a communications professor at Purdue University in West Lafayette, Ind., who studies how media affect people. One reason is that people move more frequently than they used to. And for many people, a focus on display screens has replaced a focus on faces.

Sparks remembers arriving at Purdue in 1986 and marveling at a stretch of sidewalk on campus dubbed the “Hello Walk.” The point was to smile and say hello to the people you passed there, and that’s what students did.

“Today, you walk down that sidewalk and people are starting at their iPhones and iPads and in some cases even their laptops,” says Sparks, co-author of “Refrigerator Rights: Creating Connections and Restoring Relationships.” “Their ear buds are in and they’re gone into some virtual space. We think that really takes a toll on the relational health of any community.”

Technology isn’t necessarily all bad, he adds. Facebook and Skype can help keep people connected from afar, and science hasn’t yet caught up with the nuanced ways that digital devices might alter relationships. But a confluence of factors seems to be threatening the potential for connection.

According to a long-term study published in 2006, people had an average of about three friends they felt they could discuss important things with in 1984. By 2005, the average number of confidants had dropped to about two. At the end of the study, close to 25 percent of respondents said they didn’t have anyone they could truly trust, triple the proportion from two decades earlier.

More recently, a 2010 study by AARP surveyed more than 3,000 people age 45 and older and found that 35 percent scored in the lonely category. Another survey, published this year by researchers at the University of Oxford, included more than 3,300 British people and found that, even though respondents averaged 155 Facebook connections, the number they felt they could approach in times of extreme distress was just four.

It’s not necessarily important to have a lot of friends, though some studies suggest that more might be better than fewer. The AARP survey found that loneliness rates were highest in people who had fewer than three close friends, and having five or more was better than having three or four.

What is clear is that quality trumps quantity. Just as strong relationships can improve health measures, toxic or stressful relationships can lead to depression, high blood pressure and other negative outcomes.

In one recent study, Kiecolt-Glaser and colleagues asked married couples to discuss something they disagreed about. Over the next day, pairs that both included someone with a history of depression and had argued with hostility burned fewer calories than did those who talked to each other with more kindness. That suggests that relationship quality can affect metabolism.

So how can we cultivate more and stronger relationships? Science can’t yet say. Studies that have randomly assigned patients in hospitals to be part of a support group or have sent visitors to sit with lonely people have produced mixed results, probably because of chemistry: There’s no guarantee that two people will click.

A better strategy, Hold-Lundstad suspects, is to try volunteering or joining activities that allow for interaction with a wide variety of people. It’s also worth making a conscious effort to be the kind of friend you’d like people to be for you, Kiecolt-Glaser says. That includes being supportive, being there when friends need you, having fun together and making an effort to listen, even when you’re busy or stressed-out.

In my case, I’m going to try to remember how much it meant to me when friends helped us with our move. And if I can organize a closet or even show up to give a hug, I’ll do my best to be there. After all, there’s something in it for me, too.

How does adolescence offer a second chance to vulnerable teenager

See how bullying can affect the mental and physical health of Jamaican youth, and how parents may be able to help 👇 evidencebasedmentoring.org/bu… #CEBM #mentoringresearch #boston #mentoring #evidencebased #GetYourManuscriptOut #AcademicTwitter #AmReading #ResearchThursday pic.twitter.com/4oVMvgpZwJ

Dr. Jean Rhodes has been in the field of mentoring for a long time, and this perspective gives her an idea of what's to come. Read her article on just that below 👇 evidencebasedmentoring.org/ba… #CEBM #mentoring #mentor #youth #backtothefuture pic.twitter.com/rkCAqdbJ40

What will your impact be? #MLKDay #MLKDay2020 #ChangeTheWorld pic.twitter.com/BHIFYKAN39

Today we remember Dr. Martin Luther King Jr. We honor his commitment to making the world a more equal, just, place, in part by joining his mission ourselves in whatever way possible. #MLKday #MartinLutherKingJr #Dayofservice #Change pic.twitter.com/FDGbST6ggF

Teens get them talking: The results of an evaluation of the Teens and Toddlers... 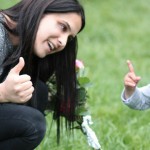 It’s a two-way street: Four ways mentoring benefits the mentor
We use cookies to analyze site traffic and provide a better browsing experience. If you continue to use this site, you consent to our use of cookies. Learn more about our updated Privacy Statement that supports the new EU data protection laws. Ok
Scroll to top