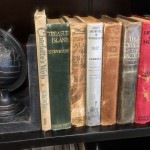 With a juvenile incarceration rate of 250 youth per 100,000 citizens, the United States leads the industrialized world in its rates of juvenile detentions. In 2012 alone, over one million juvenile arrests occurred across the country, disproportionately affecting male and/or minority populations. Overall, more than a quarter of those arrested for property crimes and nearly a fifth of those arrested for violent crimes are minors.

These brushes with the justice system during adolescence end up having long-term consequences both for the youth and their communities. Arrested and incarcerated youth are significantly less likely to graduate from high school than their non-offending peers, and even those who do manage to graduate typically have much lower four-year college enrollment rates. Juvenile convictions undermine future job stability, lessen the likelihood of employment, and stunt pay growth.

Given these dire outcomes for youth offenders, policymakers have sought methods for keeping juvenile offenders out of the system by rerouting them through juvenile diversion programs. Juvenile diversion programs are policy tools that aim to address a variety of issues, such as reducing future involvement with the court system, lowering stigma around a criminal record, and increasing systemic efficiency. Traditionally, these programs have featured a justice component, such as probation supervision, and a service component. Despite years of diversion programs being implemented, uncertainty remains around what steps constitute best practice for such programs.

The present study seeks to address that gap in knowledge by studying an innovative diversion program named Reading for Life (RFL) that unifies a mentoring component with a study of classic literature which emphasizes developing what Aristotle and Thomas Aquinas deemed the seven virtues: justice, prudence, temperance, fortitude, fidelity, hope, and charity. The program is aimed at first-time, non-violent juvenile offenders, and attempts to foster a more engaged and empathetic outlook in its participants.

The RFL program is made up of small groups of juvenile offenders, no larger than five youths between the ages of 11-18, and two trained adult volunteer mentors. Groups were matched to ensure that all youth participants were of a similar reading level. At the beginning of the program, each group selects a novel from a curated list containing several options. Over the course of the following weeks, groups meet twice a week for 60 minute sessions. These sessions consist of oral readings, journaling questions, and facilitated discussions. All groups then receive an opportunity to put these discussions into action by selecting a community service project that reflects the virtues they have been discussing in their groups. The program closes with a group presentation to the youths’ families or guardians, RFL staff, and group mentors. In all, participants spend approximately 25 hours in the program, not counting independent reading time. This is roughly equivalent to the amount of time that control group participants spent in the “diversion program as usual” condition.

Participants were randomly assigned to either the RFL program or a “diversion program as usual” condition, which consisted of 25 hours of community service. It should be noted, as well, that participants were still being enrolled in the program when the data for the sample was pulled for study, so the researchers utilized a sample that included all data available, meaning that some participants have four years of post-program follow up while others have only been followed for a few months after completing the program.

Researchers found that those who completed the RFL program saw a reduction of 12 percentage points in the probability of whether a participant would be re-arrested for any offense. Controls were found to have a 31% probability of being re-arrested. When looking specifically at participants who had completed the program more than a year before data collection, arrests for felony offenses were reduced by 11.5 percentage points, a 72% reduction compared to the sample mean in the comparison group.

The present study also examined the program’s impacts on the number of arrests. While the vast majority of participants in both program and control groups were not re-arrested, there were some outliers who experienced high numbers of re-arrests following their completion of the program. When looking at all arrests, felony and misdemeanor both, the data showed that the RFL sample has a much higher fraction of no re-arrests and smaller counts of one, two, and four-plus arrests. In other words, there were still outliers in both groups, but there were significantly fewer in the treatment group.

Implications for Mentors and Mentoring Programs

Given the results, RFL demonstrates promise in serving as an effective intervention in reducing the chance of re-arrest for more serious offenses, with the results most heavily concentrated in felony prosecutions post-program completion. There are still a number of important questions that need to be answered regarding the ability of this model to succeed in different environments, to determine the exact mechanisms of success in the RFL program, and whether effects persist across the broader program participant sample over longer periods of time. That said, the creative integration of the humanities with community activism as a method to address juvenile recidivism serves as a promising step in reducing rates of incarceration in the US at both the youth and adult levels.

To see the profile review conducted by the National Institute of Justice, click here.

Mentors’ Corner: How does mentoring “work,” and under what conditions does it work best? 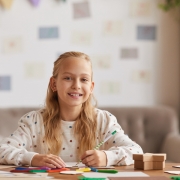 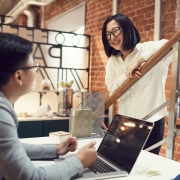 Thriving in the Workplace: The relationship autonomy, task identity, and mentoring have in job satisfaction