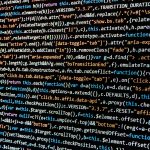 CAMARILLO and SAN QUENTIN, Calif. — Inside an aging brick facility ringed by a chain-link fence and agricultural fields, 14 young people convicted of violent crimes are trying to program a better future for themselves.

For the last two months they’ve been learning to write code through a first-of-its-kind pilot program at the Ventura Youth Correctional Facility in Camarillo, about 50 miles northwest of Los Angeles.

While other young people their age churn code in dorm rooms, these mostly black and Hispanic men and women, serving sentences for crimes like armed robbery and manslaughter, frequently come from neighborhoods where people go to prison more often than they go to college.

They’re looking to break that streets-to-prison cycle by picking up new skills — JavaScript, HTML, CSS — that can lead to high-paying jobs after they’re released. And today, in this air-conditioned classroom lined with big-screen desktop computers, they’re getting an assist from an unlikely crew.

Four hundred miles to the north, about a 30-minute drive from San Francisco, three men sit shoulder-to-shoulder in prison blues inside the razor wire-topped concrete and steel walls of California’s oldest penitentiary. Inmates from San Quentin State Prison, they’ve righted their own lives by learning to code. Now, once or twice a month, they’ll coach these young people to do the same over Skype.

Hugging her arms protectively across her chest, one young woman talks of landing in the same youth correctional facility her mother spent years in. “I love my mom to death but I feel like, the things she’s done, I don’t want to be like her,” she says.

Jason Jones, 34, who’s serving a sentence for assault with a deadly weapon and has been locked up since he was 21, fights back tears. “My mom was incarcerated, too,” he tells her from San Quentin. “It hurts when you have to step away from the people you care about just to make things right. But I guarantee you that a small sacrifice is going to give you a big return.”

The Last Mile coding program trains inmates in skills that are in high demand all over the country, and then a joint venture puts some of them — currently eight men in San Quentin — to work inside the prison making $16.49 an hour in California, part of which goes to paying restitution.

Started by technology industry veterans Chris Redlitz and Beverly Parenti, the program is now expanding to other prison populations and across state lines: 144 prisoners are enrolled in six facilities in California and one in Indiana, with two more prisons in California coming on line by year’s end. There are plans for prisons in Oklahoma and Kansas and other states.

Jobs on the inside lead to jobs on the outside, with California inmates finding work with tech start-ups in nearby San Francisco and Silicon Valley and in Southern California. The coding program has graduated 393 students and boasts a zero recidivism rate. One graduate is now working for Facebook CEO Mark Zuckerberg and wife Priscilla Chan’s philanthropic venture.

This is the first time young adults ages 17 to 23 are being taught to code in a California correctional facility. Written in colorful chalk on one wall are two words: “Code Busters.”

One of those code busters is Thalia Ruiz, a 20-year-old from San Jose who says she abused drugs and alcohol while “gang-banging.” Ruiz says The Last Mile has set her on a new path.

“I just felt like I had to show them I can get out, I can rehabilitate and be a better person,” she said. “I’m not gonna get out and keep doing what I was doing ’cause I’m just gonna end up in the same place that I started and that’s not where I want to be.”

What may keep these young people from returning to prison: having mentors whose life experiences are so similar to their own.

This is the first time the San Quentin inmates have spoken face-to-face with the youths at the Camarillo facility. Slowly the three men, who’ve collectively served more than a half century in prison, draw them out by sharing the fears and doubts they had to overcome to learn to code inside prison and the hope for the future it has given them. The students lean forward, some jotting notes on small yellow and pink pads of paper, others moving monitors out of their way to focus more intently.

Zach Moore is 37. He’s been incarcerated since he was 15 and in the adult prison system since he was 17 for murder. He fought to get into The Last Mile. Scheduled to be released in November after 13 years of incarceration, he still marvels that he’s going to work for a Silicon Valley company. “I didn’t think I’d ever get out of prison,” he says from San Quentin.

At any given time, more than 600 young offenders are incarcerated in one of three California facilities operated by the Division of Juvenile Justice. A disproportionate number of them are Latino (nearly 50 percent) and black (36 percent).

Few have the training or skills needed to survive without returning to crime. Nearly three-quarters of those released are arrested again within three years. The number of repeat offenders is even higher — 84 percent — for black youth. That has put pressure on state officials to better prepare young offenders for life on the outside.

The Last Mile’s track record caught the attention of Chuck Supple, director of the state Department of Corrections and Rehabilitation’s Division of Juvenile Justice, who worked to bring the program to the Ventura Youth Correctional Facility.

Now The Last Mile is looking to expand to other youth facilities. And in Camarillo, it could grow to accommodate as many as 48 students in two six-month tracks. Graduates from the program will get help finding internships. The Last Mile is working on scholarships for coding bootcamps, too.

That could be a game changer for Joseph Varela, a 20-year-old from Santa Rosa serving time for manslaughter. His three younger brothers look up to him as a father figure and he knows he has to do better. “I have to change because, if I don’t change, this is the only thing they’re gonna know,” he says.

California instituted sweeping reforms to its youth correctional system after a landmark settlement in 2004 following reports of an abusive and violent culture, including correctional counselors forcing young people to fight each other, allegations of sexual abuse and a rash of suicides.

The number of youths in facilities run by the Division of Juvenile Justice has dramatically declined from a high of 11,000, but has begun to tick up again with the passage of Proposition 57, a 2016 law that has judges, not prosecutors, decide whether minors should be tried as adults in serious cases such as homicides.

Job training has been shown to significantly reduce the number of repeat offenders. In California, inmates who work in joint venture programs have a recidivism rate of 9 percent, compared with 46 percent for those who don’t, according to Chuck Pattillo, general manager of the California Prison Industry Authority, which works with The Last Mile on the coding program.

To qualify for the program, these young men and woman at the Ventura Youth Correctional Facility took a written test and a logic test and sat down for a one-on-one interview. They see the program as a ticket to realizing their dreams of becoming social workers, firefighters and attorneys — or programmers.

Racking up coding cred puts Daniel Martin, an 18-year-old gamer who enjoyed playing “Destiny,” “Halo” and “Call of Duty” before his conviction for robbing a 7-Eleven, closer to his goal of working on video games.

“If anybody else ever gets locked up somehow and has the chance to do this program I recommend do it,” Martin said. “It’s actually really fun and useful.”

Too often young people in correctional facilities are trained for low-paying, low-skill jobs, shutting them out of opportunities to better themselves, says Frankie Guzman, director of the California Youth Justice Initiative at the National Center for Youth Law which advocates for low-income children.

“This is not welfare or charity or rewarding bad behavior,” says Guzman, an attorney who was in and out of California youth correctional facilities as a teen and young adult and earned his high school diploma twice there. By investing in these young people, “we are doing ourselves and our communities a favor,” he said.

Harry Hemphill, a 55-year-old, college-educated engineer and father of three in prison for assault, was one of the first to graduate from The Last Mile Program in San Quentin, learning to code without access to the Internet and defying skeptics who said inmates would never get programming jobs. Now, like Jones and Moore, when Hemphill’s released from prison, there will be a tech job waiting for him.

“I am sure there are a lot of doubters on your end, saying you guys aren’t going to be able to do it. But you can prove them wrong and you can be examples to others,” he tells the youth at the correctional facility.

For the San Quentin inmates, the session was therapeutic, like getting a chance to talk to their younger selves. Had this program existed when they were that age, Hemphill, Jones and Moore say they don’t think they’d be where they are today, serving long sentences for serious crimes.

“We feel like we have gotten our second chance,” Hemphill said. “Through this program, we are getting the chance to participate in theirs.”

To read the original article on USA Today, click here. 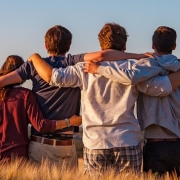 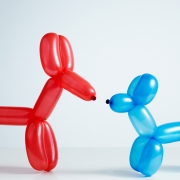 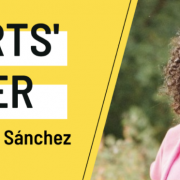 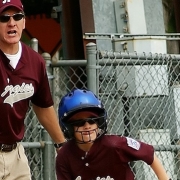