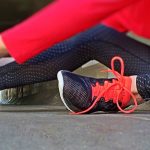 The more exercise-related posts we see on social media, the more concern we feel about our own weight, which may lead to unhealthy body image, according to new research.

“When people received more posts about exercise, it made them more concerned about their weight—more self-conscious—and that’s not a good thing,” says Stephen Rains, a communication professor at the University of Arizona and coauthor of the study in the journal Health Communication.

People are especially likely to feel concerned about their weight when they perceive their friends who post about physical activity as being very similar to themselves, says Rains.

“We thought about this from the perspective of social comparison theory, and the idea that we use others as benchmarks to figure out where we stand,” says Rains, also an associate professor of psychology. “Similarity heightens social comparison, so if the person posting about exercise is someone who’s in your age group, has a similar build or a similar background, you might think that’s a pretty good reference, and that might spark in you even greater weight concern.”

The news isn’t all bad, though. For certain people, friends’ exercise posts seem to have a motivating effect when it comes to attitudes about exercise. Researchers found this to be true for people who are more likely to engage in “upward social comparisons,” or look at themselves in the light of people whom they aspire to be like.

“With upward social comparisons, you tend to compare yourself to those you perceive as superior to you,” says lead study author Tricia Burke, a professor of communication studies at Texas State University. “So, for example, if you’re in a classroom, you’d compare yourself to the smartest kid in class. In terms of exercise, if a person is posting a lot about exercise, they must be really fit, so you’re using that as a motivator.”

In contrast, those who engage in “downward social comparisons” use as their benchmark people who they perceive as doing less well than they are. Tendency to engage in downward comparisons did not have an impact on weight concern or exercise attitudes in the study.

The researchers asked 232 study participants to log into their favorite social media site and look at the past 30 days’ worth of posts from their friends. The participants counted how many of the posts—photos or text-only—depicted their friends engaging in exercise.

For the study, the researchers broadly defined exercise as any physical activity for the purpose of maintaining fitness and health, which could include anything from hiking to taking a walk to going to the gym.

Participants then chose the three of their social media connections who made the most exercise-related posts and rated their perceived similarity to each of those individuals.

They also completed questionnaires that measured their level of concern about their weight, their general attitudes about exercise, and their tendency to make either upward or downward social comparisons.

“Our results were mixed. Good can come out of this, in the sense that it can make some people more interested in exercising and feel better about exercising, but it might make other people feel worse about themselves if they’re more concerned with their weight,” says Rains.

Exercise posts and your health

Social networking sites are interesting, researchers say, because they expose users to a constant stream of information about specific health aspects of their friends’ lives—such as exercise—that they might not have known anything about otherwise.

“We wondered what happens when those exercise behaviors pop up, because the people on our feeds are not just random strangers—they are people we know and have some connection with, and we wondered if that matters,” Rains says.

The mixed findings suggest that social media’s impact on health is indeed real, if nuanced, and deserves additional attention.

“We’re still trying to figure out the effects of these technologies, which have barely been used over 10 years,” Rains says. “This is all still pretty new ground, and we’re trying to make sense of what it means, and if and why it matters.”

Mentoring as a field is still treading relatively new ground with regards to social media, and this research highlights the way in which social media use and exposure differs from more traditional media exposure. Research has been conducted on the impacts of traditional media on things like body image, self-esteem, and associated outcomes. What the present findings illustrate, however, is the extra level of complexity added when the messages are coming from individuals who are socially connected with the viewer.

More research needs to be done on the way that personal connection interacts with the appraisal of social media posts around exercise and fitness, as well as the way personality traits and individual history effects may influence the positive or negative impacts of viewing such posts. It is possible that these social media messages may put some youth at greater risk for developing body-image-related disorders or reduce self-esteem.