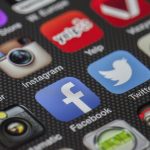 Young adults who log onto social media sites frequently throughout the week or spend hours trawling various social feeds during the day may be at greater risk of eating and body image concerns, according to a new study.

Gender, specific age, race, and income did not influence the association—all demographic groups were equally affected—indicating that preventative messages should target a broad population.

“We’ve long known that exposure to traditional forms of media, such as fashion magazines and television, is associated with the development of disordered eating and body image concerns, likely due to the positive portrayal of ‘thin’ models and celebrities,” says Jaime E. Sidani, assistant director of the Center for Research on Media, Technology, and Health at the University of Pittsburgh and lead author of the study in the Journal of the Academy of Nutrition and Dietetics.

“Social media combines many of the visual aspects of traditional media with the opportunity for social media users to interact and propagate stereotypes that can lead to eating and body image concerns.”

Over twice the risk

They cross-referenced those results with the results of another questionnaire that used established screening tools to assess eating disorder risk.

The analysis could not determine whether social media use was contributing to eating and body image concerns or vice versa—or both, says senior author Brian A. Primack, assistant vice chancellor for health and society.

“It could be that young adults who use more social media are exposed to more images and messages that encourage development of disordered eating,” he says.

Online communities, for better or worse

Previous research has shown that people tend to post images online that present themselves positively. For example, users are likely to select the scant few that may make them appear thinner from hundreds of more “accurate” photographs of themselves, resulting in others being exposed to unrealistic expectations for their appearance.

“Conversely, people who have eating and body image concerns might then be turning to social media to connect with groups of people who also have these concerns,” Primack says. “However, connecting with these groups for social support could inhibit recovery because of the desire to continue being a part of the shared identity such social media groups foster.”

In an effort to battle social media-fueled eating disorders, Instagram banned the hashtags ‘thinspiration’ and ‘thinspo,’ but users easily circumvented those barriers by spelling the words slightly differently. YouTube videos about anorexia nervosa that could be classified as “pro-anorexia” received higher viewer ratings than informative videos highlighting the health consequences of the eating disorder.

“More research is needed in order to develop effective interventions to counter social media content that either intentionally or unintentionally increases the risk of eating disorders in users,” Sidani says. “We suggest studies that follow users over time and seek to answer the cause-and-effect questions surrounding social media use and risk for eating and body image concerns.”

Given their position of trust, mentors are well-positioned in a youth’s life to discuss the realities of unrealistic media representations. Social media, while it has a lot of positives to offer, can also blur the lines between realistic and unrealistic messaging. Children and teens can be particularly susceptible to this messaging, so guidance provided by a trusted adult in learning how to interpret ads, images, and stories found online in a healthy, positive manner can help to serve as a buffer against the negative effects described in this research. 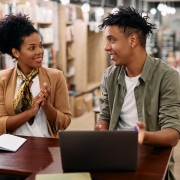 How do mentoring relationships affect the college enrollment of first-generation college students? 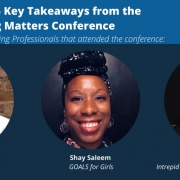