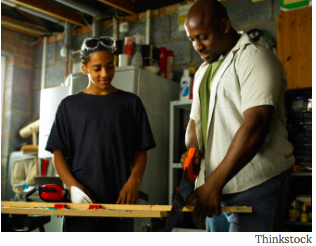 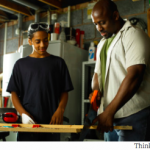 The My Brother’s Keeper Mentoring Campaign gains support from another agency with the announcement that the Office of Juvenile Justice and Delinquency Prevention (OJJDP) will join the initiative, according to the office’s administrator, Robert L. Listenbee.

The campaign aims to recruit mentors — particularly men or color — for at least one year as part of its national call to invest in multi-faceted approaches to expand educational and economic opportunities for young men and boys of color. The mentoring campaign is a collaboration of the Corporation for National and Community Service, U.S. Department of Justice, and the Administration for Children and Families of the U.S. Department of Health and Human Services.

The overall My Brother’s Keeper initiative strives to assess what works to keep young people on track and to reach their potential. According to  a White House report, about two-thirds of black children and one-third of Hispanic children live with only one parent. Research suggests that a father’s absence increases the risk of a child dropping out of school by 75 percent among blacks and 96 percent among Hispanics.

President Obama launched the My Brother’s Keeper initiative in February of 2014.

Access a database of national and place-based mentoring programs.

Add your organization to the list of youth mentoring programs.

Learn more about My Brother’s Keeper.

Please join us!: Short Course on the Elements of Effective Practice