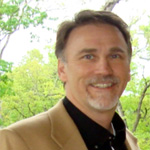 Nearly 15 years ago, I submitted a grant proposal for a mentoring study that wasn’t funded. Soon after, I switched faculty positions and the idea behind the study was set aside.

I’m from the city, so I actually know very little about sheep. Most of my images of shepherds are fairly biblical in nature: Shepherds guide sheep toward verdant pastures and keep them from getting lost or venturing into risky areas. So what does that have to do with mentoring?

I’ve written a lot about what I call the “Other Match” in youth mentoring. That’s the match between our model of risk and our model of change. I think a mentoring program that takes a shepherding approach is a good match for youth who have socio-emotional difficulties and are at risk for later problems such as delinquency, substance use, and risky sexual behavior.

Current scientific models of risk use the term cascades to describe the risks these youth face. Cascades are a series of small waterfalls that move down a steep rocky slope. For most children, life is a series of challenges successfully met. Getting along, with parents, with siblings, with teachers, with schoolwork, with peers. For others, life is more like a series of missteps or missed opportunities; over time the building force of the falling cascade is hard to reverse.

I believe the traditional model of youth mentoring is a poor fit for the risks these youth face. We’ve cast the mentor as hero—swooping in to rescue youth from a negative environment and provide pearls of wisdom and a model to follow.

A better fit is to cast mentors as shepherds who spend time along side youth and help them connect with the positive contexts already in their environment. Positive contexts can include relationships with caring adults in their lives (e.g., a concerned but weary parent, a caring teacher or coach), prosocial peers, growth-promoting activities, or supportive organizations. The image of a shepherd makes sense because youth at risk often struggle to access positive contexts and struggle to participate successfully in positive contexts.

Imagine a boy from a disadvantaged home who is hard for adults to manage and hard for peers to like. Will his parent know about opportunities to join a sports team, afford the costs of his being on a team, and manage transportation to and from practice and games? Will his coach understand the socio-emotional issues the boy faces, even as the boy disrupts practice or performs poorly in a game? Will his peers tolerate him long enough to get to know him and accept him? Will the boy want to stay involved and keep trying or will he give up because it’s not much fun and not very rewarding, and besides, it’s hard on his family.

Now imagine this boy with a mentor. He and his mentor could spend time one-on-one away from the boy’s environment working on their relationship.

Or the mentor could spend time in the boy’s environment shepherding him to positive contexts and supporting his efforts to succeed in those contexts.

What would it mean for the mentor to show up regularly at the boy’s practice and games, to get to know his coaches and other players, to sit with his parent during the games, and to introduce him self to the parents of the other boys?

As a field, we don’t know what it would mean, but we should find out.