One Dallas community truly rallied around a school in need of volunteers.

More than 600 men showed up for Billy Earl Dade Middle School’s “Breakfast with Dads” event, where students are encouraged to bring their fathers, or father figures in their lives, for breakfast.

“It’s a way to engage the students’ family during the school day and it’s especially important for middle school students,” Kristina Dove, one of the event’s organizers, told ABC News. 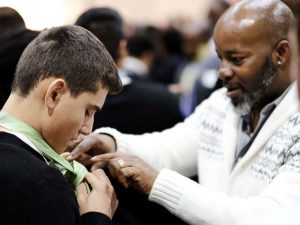 A mentor and a student talk during Billy Earl Dade Middle School’s “Breakfast with Dads” event on Dec. 14, 2017.

When the school became concerned that some of the 150 students, aged 11 to 13, may not have a “dad” to join them for breakfast, Dove got an idea. She put up a notice on Facebook seeking volunteers. Her initial goal was 50.

Overnight, however, she got hundreds of responses. In four days, she nearly reached 400 mentors interested in participating. Ultimately 600 men showed up to Billy Earl Dade Middle School.

When Jamil Tucker, one of the volunteers, gave each man a tie in an effort to teach the students, it brought tears to Drenka’s eyes.

“I started crying behind my camera,” she recalled of the heartwarming moment. “The back of my camera was fogging up.” 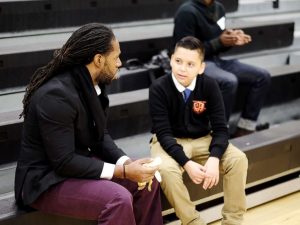 A mentor teaches a student to tie a tie at Billy Earl Dade Middle School’s “Breakfast with Dads” event on Dec. 14, 2017.

“You’ll never forget as a young man the first time you tie a tie,” she continued. “So many of our young men they never experience that rite of passage.”

Dove hopes the mentors who showed up for “Breakfast with Dads” last month will continue to work with her, especially since her day job is working as a children’s advocate at Big Thought, a non-profit educational organization.

“Our next step is to bring the guys together again and have them participate in various opportunities for mentorship,” Dove added. 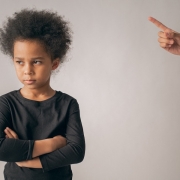 “Grit” is not a panacea for the problems facing disadvantaged youth