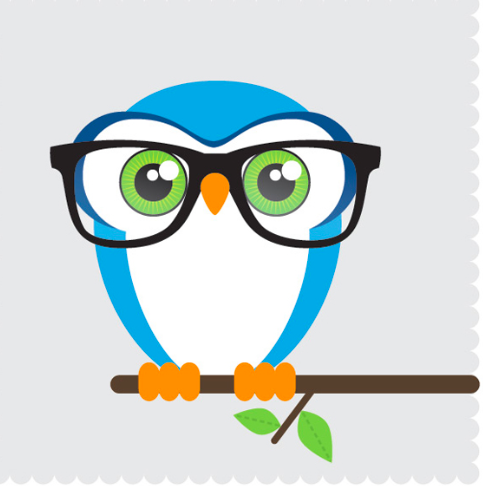 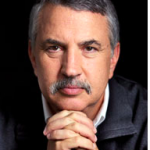 With millions of students returning to school — both K-12 and college — this is a good time to review the intriguing results of some research that Gallup did over the past year, exploring the linkages between education and long-term success in the workplace. That is: What are the things that happen at a college or technical school that, more than anything else, produce “engaged” employees on a fulfilling career track? According to Brandon Busteed, the executive director of Gallup’s education division, two things stand out. Successful students had one or more teachers who were mentors and took a real interest in their aspirations, and they had an internship related to what they were learning in school.

“We think it’s a big deal” where we go to college, Busteed explained to me. “But we found no difference in terms of type of institution you went to — public, private, selective or not — in long-term outcomes. How you got your college education mattered most.”

Graduates who told Gallup that they had a professor or professors “who cared about them as a person — or had a mentor who encouraged their goals and dreams and/or had an internship where they applied what they were learning — were twice as likely to be engaged with their work and thriving in their overall well-being,” Busteed said.

Alas, though, only 22 percent of college grads surveyed said they had such a mentor and 29 percent had an internship where they applied what they were learning. So less than a third were exposed to the things that mattered most.

Gallup’s data were compiled from polls of parents of 5th through 12th graders, business leaders and interviews with teachers, superintendents, college presidents, principals, college graduates, Americans ages 18 to 34, and students in grades 5 through 12. All told, “we collected the voices of close to one million Americans in the past year alone,” said Busteed, who added that he found the results “alarming” — not only because too few students are getting exposed to the most important drivers of workplace engagement, but because there is also a huge disconnect in perceptions of the problem.

Busteed said that 96 percent of the college provosts Gallup surveyed believed their schools were successfully preparing young people for the workplace. “When you ask recent college grads in the work force whether they felt prepared, only 14 percent say ‘yes,’ ” he added. And then when you ask business leaders whether they’re getting enough college grads with the skills they need, “only 11 percent strongly agree.” Concluded Busteed: “This is not just a skills gap. It is an understanding gap.”

This comes at a time when our country faces creative destruction on steroids thanks to the dynamism of technology and growing evidence that climbing the ladder of job success requires constant learning and relearning. Therefore, the need for schools to have a good grasp of what employers are looking for and for employers to be communicating with schools about those skills is greater than ever.

Some help may be on the way from Washington. Last year, President Obama quietly asked Vice President Joe Biden to oversee an overhaul of the government’s education-to-work programs after hearing from one too many employers across the country that, as one White House official put it, “they were having trouble hiring workers for some of their fastest-growing jobs,” such as operating sophisticated machine tools or software testing and debugging. As they dove into the problem, said Byron Auguste, a White House deputy national economic adviser, they found that the success stories shared a lot of the same attributes that Gallup found to be differentiating. In successful programs, said Auguste, “students got as much applied, hands-on experience as possible, whether in a classroom or on a job site. Schools, colleges and training centers had close partnerships with regional employers, industry groups and skilled trade unions to stay up to date on job-relevant skills. And students or working learners got a lot of coaching and guidance to understand how to trace a direct path between their training today and careers tomorrow.”

The key now is to scale those insights. The Labor Department has awarded $1.5 billion in the last three years to more than 700 community colleges to develop employer-validated training programs for new careers like natural gas field work and cybersecurity. Later this month, another $500 million is set to be awarded as part of a kind of race-to-the-top for whoever can build the best community college-industry group partnership anywhere in the country where new industries are finding gaps in the kind of workers they need.

Employers used to take generalists and train them into specialists for their industry. But fewer employers want to do that today or can afford to in a globally competitive economy, especially when they fear they’ll train someone who will then leave for a competitor. So everyone wants employees out of college or technical schools who are as ready to plug and play as possible. That’s why government has a role in fostering more and more employer-educator partnerships — this is the new, new thing — which businesses, small and large, can benefit from, as well as all would-be employees. 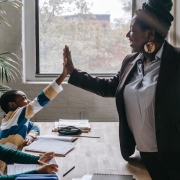