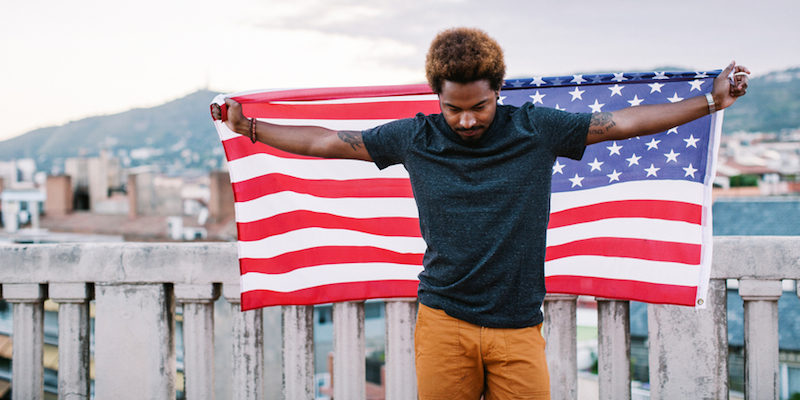 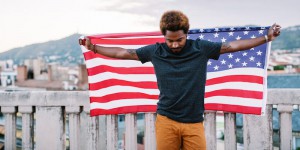 Sarah’s house smells like rice, and there are 10-pound bags of it lying in the corner of this one-bedroom apartment. Instead of a sofa and end tables, there are two beds in the living room. One is alongside the space’s only window, and the other is on the opposite wall.

There is a TV on a cheap entertainment center made of parcel board, and a small table cluttered with tins of sugar, snacks and instant coffee packs. Pictures of Taylor Swift and Justin Bieber — who Sarah swears she doesn’t like — are taped to the door of the only bedroom.

When I meet with Sarah here, in the home she shares with her older brother and mother, I usually take a seat at the kitchen table. The table offers some formality to our meetings, and it’s in that structure that I feel the most comfortable with Sarah.

Sarah is an 18-year-old Burmese refugee who spent most of her life in Thailand before moving to the US six years ago. She couldn’t speak a word of English when she and her family received the news that they had been granted refugee admittance to America, and would resettle in Chicago.

The first thing she noticed upon arriving was how big the buildings are. There is a cost associated with everything. When I moved to Chicago a year and a half ago, I too was in awe of the buildings and intimidated by the steep prices after spending most of my life in the rural Midwest.

I moved to the city for a job, and I only knew two people, neither of whom I knew well enough to feel comfortable asking for help to move boxes or calling in the middle of the night when I locked myself out. I was not used to relying on public transportation, or having to travel for more than 20 minutes to get to the other side of town. Even the language of the city, with street names like Halsted and Wabash, didn’t roll off my tongue easily.

One day, while walking through my new neighborhood in the far north of Chicago, I came across an office for GirlForward. I stopped in front of the office because the organization’s logo — a teal circle with red lettering — stood out to me. I had no idea what GirlForward was, but I liked the logo enough to search the organization when I got home later that afternoon.

GirlForward, based in Chicago with operations in Austin, Texas, is non-profit organization that offers programming and support for refugee girls as they transition and build lives in the US. It was created by a woman in her late-20s who worked at refugee resettlement agencies.

She created it after she noticed a distinct lack in support services for girls. The organization hosts summer camps, homework hours and mentoring programs that match the girls with women in the community.

I didn’t know much about refugees, but I applied to be a GirlForward mentor. I had lived and worked in third world countries as a Peace Corps volunteer, but I didn’t truly understand what it means to be a refugee.

My basic assumption was that people like Sarah were no longer safe in their own countries, and the US so heroically took them in and offered them better lives. Because she was a refugee, I took that to mean that she was scared in some way, and that she needed saving.

Within a few months, I was matched with Sarah. I was excited about the possibilities of our mentor-mentee relationship. While I was starting to make friends and build a life in Chicago, I wasn’t entirely convinced that I belonged yet. It was unclear if this city was where I was meant to be, but I thought that if I could focus on helping Sarah, I would find my purpose.

Sarah is a petite girl with black hair that is often in her face. She changes the color of her nail polish weekly, and has tens of unopened text messages on her phone. She only likes to eat chicken and rice, and can spend an entire day watching anime movies. We began meeting two hours a week, each week.

I had gone into the pairing thinking we would do grand projects about self-esteem, goal setting and healthy relationships: all things I wish I had had more of when I was a teenager. I wanted to learn phrases of her local language, and uncover more of her story and how she got there.

But Sarah just wanted to do homework. It was her first year of high school — a private Catholic school where she received a scholarship — and she wanted my help with religion and English. Doing homework was an easier way to spend the two hours than diving into personal histories, so I helped her as best I could.

After several weeks though, I didn’t feel like we were making a connection. I was her tutor more than a mentor.

Six months into our pairing, Sarah and I went ice-skating with some of the mentors and mentees. She had never been before, and did not like the idea of going out on the slippery ice.

She didn’t want to fall. I told her to at least try, and that I would be beside her.

She grabbed my hand, and I pulled her around the perimeter of the rink. I did it again and again. By the end, she was pulling me. We giggled as we ungracefully made our way around the rink.

At one point, we actually fell, and that only made us both laugh harder. It was the first time in our relationship when things didn’t feel forced or connected by some other expectation. Our relationship started to shift after that day.

We eventually stopped doing forced projects, and Sarah only asked for my help on homework when she really needed an explanation. We even stopped sitting at the table, and instead moved to the futon placed under one of the lofted beds.

Sarah asks me how to determine if someone is really her friend. She asks me how to control her temper, and how not to be rude when someone annoying is talking to her.

I ask her how she lets go of the need to please others, and how she is able to see people for who they are, instead of based off their looks or where they come from. We spend our time together not as adult and teenager, or even as mentor or mentee. We are just two people who have found commonalities in basic human struggles.

I’ve come to see that Sarah is not broken, like I had assumed all refugees were. Sarah doesn’t talk much about her time in Thailand, but it’s not necessary for our connection.

I really have no idea what she has seen or experienced in her life before coming to the US, but like any of us, she is going through the world trying to do her best. She doesn’t see her life as any harder than anyone else’s. That perspective doesn’t add any value for her.

Despite our differences in age and background, Sarah and I have many of the same worries. We sometimes feel alone, and we wonder if that loneliness is permanent. We are scared to let people down and show that we aren’t everything they want us to be. We fear that when we do find people we love, we may not be able to trust them to not hurt us.

I don’t often know the answers to Sarah’s questions, and she can’t heal my insecurities. But we have each other. When I am with her, I don’t feel like I’m doing some great humanitarian work or helping a poor refugee.

I am with a friend who is empowering me as much as I’m (hopefully) empowering her. Sarah is my friend because that’s what we both needed when we met.

When kids expect hostility, they get hostile 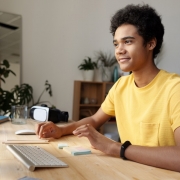