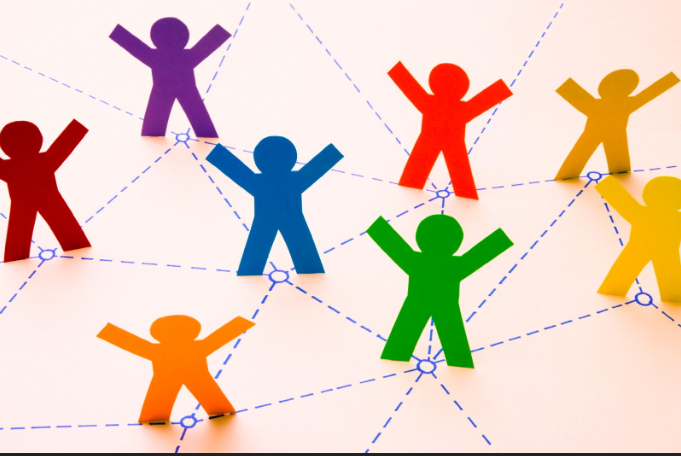 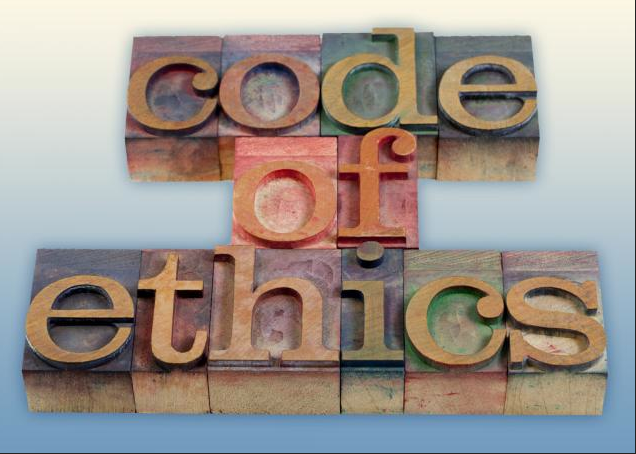 The research panel at the National Mentoring Summit in Washington DC was enriched by the 30 minute Q & A session with the more than 100 practitioners in the audience. Several of the questions touched on core ethical issues that sometimes arise in youth mentoring. Ethics have been a somewhat overlooked topic in the field of youth mentoring. Yet, because a personal relationship is at the heart of mentoring interventions, inconsistencies, misunderstandings and terminations can touch on youth’s vulnerabilities in ways that other interventions do not. In this post, we present a set of ethical principles to guide volunteer mentors and the program staff who advise them as they strive to build meaningful and growth-promoting relationships with their mentees. This information originally appeared in an article I co-authored with Professors Renee Spencer, Belle Liang), based on the American Psychological Association’s (APA) Ethical Principles of Psychologists and Code of Conduct (2002) (http://www.apa.org/ethics/code/index.aspx) established for practicing psychologists.

Below, we delineate five guiding principles for ethical behavior in youth mentoring relationships. The general principle from the APA Code of Ethics (2002) on which each is based is provided in parentheses.

1.  Promote the Welfare and Safety of the Young Person (Beneficence and Nonmaleficience)

Mentors should work to benefit their mentees. Although this may seem straightforward, there are often competing ideas about what might be good for the young person – ideas that are rooted in differing values, culture and worldview. Promoting the welfare of a young person will, in many cases, require that mentors build rapport not only with their mentees, but also with the mentees’ primary caregivers so that they may develop an understanding of the family’s belief systems and expectations for the child.

A mentor also has the ethical obligation to do no harm. This encompasses the more extreme forms of harmful behavior, such as sexual harassment, abuse and exploitation. Most programs have careful background checks and screening procedures in place, such as SafetyNET, and the incidence of such occurrences is minimal. For the most part, all but a small fraction of volunteers do not intend to deliberately harm their young charges. Nonetheless, if volunteers lack skills, knowledge or caution, difficulties can and often do arise. Training and supervision can help volunteers recognize the boundaries and limits of their expertise and seek assistance from program staff when needed.

For volunteer mentors, this involves being aware of one’s responsibilities for meeting frequency and match duration, as stipulated by the program. This type of consistency and reliability, which has been associated with more positive outcomes for youth participants (Rhodes & DuBois, 2006), serves as a cornerstone for trust in the relationship. Trust, in turn, is considered a key component of effective mentoring relationships (Sipe, 1996). Mentees have reported that honesty, keeping promises and relationship longevity underlie trust (Liang, Spencer, Brogan, & Corral, 2008).

This related principle highlights the obligation of mentors to be thoughtful and forthright about the commitments (i.e., time, financial) to the relationship and to avoid setting up false expectations. Mentors should be reminded about the importance of their obligations to their mentees, as well as the meaning that is placed on plans and events such that even minor disappointments and tardiness can accumulate in ways that erode trust and closeness. Mentors are expected to bear the greater responsibility for finding ways to effectively and consistently communicate with their mentees, to honor plans and commitments and to seek guidance and consultation from mentoring program staff should they find that they are unable to do so. Mentors also should conduct themselves with integrity in their mentees’ schools, homes and communities by being respectful of customs and regularities and by not acting in ways that leave programs having to run interference.

Finally, although there are always exceptions, mentors should be wary of entering into financial arrangements with mentees or their families. Although it might seem harmless for a mentor to cover one month’s electricity bill, particularly when rationalized in terms of helping the mentee, this may have the unintended effect of establishing expectations of further (and perhaps greater) assistance.

This principle calls for mentors to exercise good judgment and to take precautions to ensure that the potential biases inherent in their own backgrounds do not lead to prejudicial treatment of their mentee. The standards of the APA Ethics Code (2002) stipulate that psychologists do not ―engage in unfair discrimination based on age, gender, gender identity, race, ethnicity, culture, national origin, religion, sexual orientation, disability, socioeconomic status, or any basis proscribed by law‖ (p. 5), and the same holds true for mentors. Mentors may not intentionally, or even consciously, engage in unfair treatment. However, the reality is that the largest proportion of volunteer mentors are white, middle class students and professionals whereas the youth mentees tend to be more economically and ethnically diverse (MENTOR, 2006).

For example, mentors volunteering for one of the many new programs serving children with incarcerated parents often hold assumptions and biases about the prison population that may manifest in the mentor’s internal struggles — wanting to be respectful of their mentee’s relationship with the incarcerated parent while experiencing anger or even fear toward this parent. When unchecked and unresolved, these internal conflicts and biases are likely to stand in the way of a mentor’s judgment and ability to treat a mentee, as well as the mentee’s family and community, with fairness and respect.

Mentoring programs have an obligation to provide training in cultural and gender sensitivity to raise volunteers’ awareness of their own biases and blind spots. Unfortunately, programs often assume that once a mentoring relationship has been formed, the strength of the bond will mitigate against potential misunderstandings and miscommunications that may arise as a result of differences in cultural values and backgrounds.

The sparse research does lend some provisional support for the assumption that a strong bond can offset cultural differences. A national study of mentoring relationships formed through Big Brothers Big Sisters (Grossman & Rhodes, 2002) found that although cross-race matches terminated slightly more often than did same-race matches, this was not the case among those pairs who were matched primarily on the basis of similar interests. Nevertheless, unacknowledged prejudices can subtly affect interpersonal relationships (Cohen & Steele, 2002).

Promoting justice can also extend beyond the one-to-one relationship with a mentee. By bringing more privileged adults into the lives of less privileged young people, mentoring has the potential to promote widespread social change. Mentors’ close personal connections with vulnerable youth affords them the opportunity to develop a first-hand understanding of the challenges faced by young people today, which can inspire them to redress social ills and advocate for social change that could improve the health and well- being of all youth living in these kinds of circumstances.

Except in extreme situations (e.g., abuse, neglect, and endangerment), volunteers should seek to understand and respect the decisions and lifestyle of a young person and his or her family. Respect for self-determination involves behaving in ways that enable rather than interfere with mentees’ and their families’ ability to exercise their own reasoning and judgment. Mentors should seek to understand the youth’s personal goals, desires and values and not undermine the young person’s capacity to make his or her own decisions.

Issues of confidentiality, which abound in youth mentoring relationships, have been  given insufficient attention. Youth and parents often disclose deeply personal information to volunteers, sometimes with specific injunctions against sharing it with the other. And, having a place to share private thoughts and feelings is an aspect of mentor  relationships that youth have identified as being particularly meaningful to them (Spencer, Jordan, & Sazama, 2004). These adults can serve as important sounding boards for youth, particularly in adolescence when youth are exploring their identities  and may experience new forms of conflicts in their relationships with their parents (Allen, Moore, & Kuperminc, 1998). Training around issues of confidentiality should be  provided, and decisions regarding such matters should be made in consultation with mentoring program staff.

The ethical principles delineated here are purposely broad. A more detailed set of guidelines would be difficult to apply to the many different types of mentoring relationships in which youth and adults engage (e.g., traditional face-to-face mentoring programs, online programs, group mentoring, informal ties). Further, more prescriptive guidelines would likely limit mentoring relationships in ways that could inhibit the open and natural qualities that make them special relationships in the lives of youth. The principles are intended to raise ethical awareness and to encourage reflection on the complex situations that inevitably arise when caring adults enter the lives of unrelated youth. 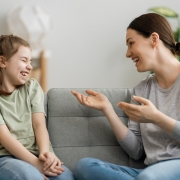 What are the benefits and drawbacks of self-disclosure in youth mentorships? 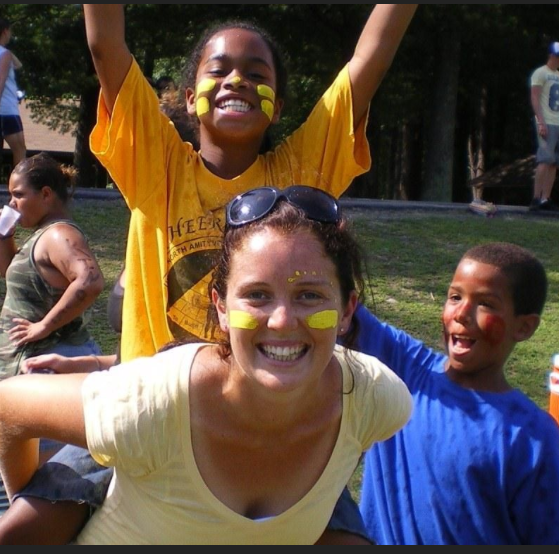 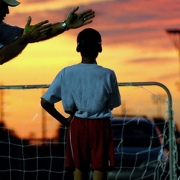 Scaling supportive accountability and the future of mentoring relationships