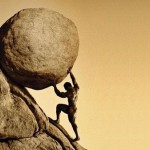 Grit is in the limelight. Schools are teaching and testing for grit, and mentoring programs are increasingly exploring ways to incorporate training in grit and other social and emotional skills into mentors’ toolkits. Professor Angela Duckworth’s excellent research and new bestseller on the topic have fueled both enthusiasm for such efforts as well as debate among those of us who worry that it locates the problem (a lack of grit) and solution (training) in the child. Further, by focusing on exemplars of success against the odds, the book sometimes falls prey to romanticizing difficult circumstances. Through the lens of grit, the forces of inequality that undermine children’s success are cast as contexts for developing tenacity and strength. Moreover, when applied to low-income students, a focus on self-regulation may privilege conformity over creative expression and leadership. Thus, it was a pleasure to come across a piece by Stanford doctoral student, Ethan Ris, on the history and application of the concept. His critique was first published last year and, for the Washington Post, he recently shortened it into this very helpful summary. He makes the point that the concept of grit was never intended as a solution to the hardships of disadvantaged youth–indeed it was originally applied to privileged children who lacked such hardship as a means of toughening them up.  As he writes, “Today, however, this history is forgotten. Public discussion on grit overwhelming focuses on grit’s salience for low-income children.” But, as Ris argues, such children already have ample hardship and this focus draws attention and resources away from more structural changes. As he notes, “Sisyphus had plenty of grit, but it didn’t get him very far.”

There is no question that rigorously designed and evaluated social and emotional learning programs can make a difference, but as the problems associated with class-based segregation and inequality rise, they raise difficult questions. In her excellent NYTimes review of Duckworth’s book, Judith Shulevitz argued that, “You can’t blame Duckworth for how people apply her ideas, but she’s not shy about reducing them to nostrums that may trickle down in problematic ways. On the one hand, some of the “no excuses” charter schools that her research helped to shape have raised math and literacy scores among minority and poor students. On the other hand, a growing number of scholars as well as former teachers at those schools report that some of the schools, at least, feel more like prisons than houses of learning. Schools that prize self-­regulation over self-expression may lift a number of children out of poverty, but may also train them to act constrained and overly deferential — “worker-learners,” as the ethnographer Joanne W. Golann calls them. Meanwhile, schools for more affluent children encourage intellectual curiosity, independent reasoning and creativity. Ask yourself which institutions are more likely to turn out leaders. Perhaps an approach to character training that’s less hard-edge — dare I say, less John Wayne-ish? — and more willing to cast a critical eye on the peculiarly American cult of individual ascendancy could instill grit while challenging social inequality, rather than inadvertently reproducing it.” If this topic interests you, I encourage you to read the longer-form article in the Journal of Educational Controversy by Ethan Ris. In the meantime, here’s a great summary.

The character trait “grit” is very much back in the news today. The scholar most closely identified with the topic, University of Pennsylvania psychology Professor of Angela Duckworth, has a book out (titled “Grit,” of course),  which was recently profiled in the New York Times, and she penned a widely circulated Times op-ed last month on whether grit should be used as a measure of school quality.

There is something about grit, which Duckworth defines as “perseverance and passion for long-term goals,” that captures the public imagination. It is shorthand for a range of qualities that we treasure, especially in children. Life is hard, grit tells us, but good things come to those who tough it out.

There’s more to the story, however. In a recent peer-reviewed article in the Journal of Educational Controversy, I examined the history of the discourse surrounding this special trait. It far predates Duckworth’s research, of course. My investigation led me to two conclusions. The first is that the widespread assumption that grit is a salient concept for low-income students is a stark misconception. The second is that while grit theory offers little of value to those disadvantaged students, it can certainly harm them, by romanticizing hardship.

My longitudinal analysis shows that the conversation originated in the late 19th century, and was never focused on “at-risk” children. Instead, grit was understood as an antidote to the ease and comfort of wealth, which produced spoiled children who lacked the vigor of their ancestors. The remedy was to toughen them up. While some families took this cause seriously (elite boarding schools in the early 20th century proudly advertised their Spartan living conditions), the easiest way to impart grit was through literature. The celebrated Horatio Alger books were written and sold as instructive tools to teach middle and upper class children about the virtues that came from struggling against hardship.

By the middle of the century, a range of institutions had emerged to foster grit, including Boy and Girl Scouts, Little League, and rain-or-shine paper routes (especially the hugely popular weekly called Grit, which was only sold by children). In the economic boom following World War Two, sales of Horatio Alger books jumped once again, setting the stage for the 1968 novel and John Wayne film True Grit, yet another instructive tale of a determined child persevering to overcome daunting odds.

Today, however, this history is forgotten. Public discussion on grit overwhelming focuses on grit’s salience for low-income children. Journalists, especially, have embraced the grit narrative and are quick to apply it to poor and minority children.

Paul Tough, perhaps best known for introducing the Harlem Children’s Zone to the readers ofThe New York Times Magazine, is at the forefront of this turn. His 2012 book How Children Succeed: Grit, Curiosity, and the Hidden Power of Character, which spent 49 weeks on theTimes paperback non-fiction best sellers list, dwells extensively on Duckworth’s research and ties it repeatedly to low-income students. To temper the tedium of synthesized academic studies, Tough sprinkles his narrative with interviews with impoverished young people. Most are exemplars of Horatio Alger-style grit, having overcoming absentee parents, racism, and violence before succeeding academically. [Tough has a new book being published later this month, titled “Helping Children Succeed,” which argues that schools should stop trying to teach qualities such as grit to kids.]

Here, though, is the fundamental problem with the notion that the importance of grit has to do with bettering the chances of disadvantaged students. Children raised in poverty display ample amounts of grit every day, and they don’t need more of it in school. As former NBC News anchor Brian Williams noted while interviewing low-income students about grit at a KIPP charter school: “The kids we met here at KIPP already get it.”

As Duckworth and other scholars insist, grit is not a fixed quality but one that can be developed. And what better arena for developing grit than facing the hardships of poverty and surviving? Poor children, therefore, are not the ones who need to be taught grit. As I show in my research, they are the ones who have historically taught it to the rest of us

And yet, the grit discourse today is almost entirely about low-income students, which in turn has fueled a backlash that argues that grit theory is potentially racist or eugenicist. This misdirected focus from both sides of the debate is even odder given that Duckworth’s foundational research was conducted in largely privileged populations: Ivy League undergraduates, West Point cadets, and high-achieving contestants in the National Spelling Bee.

Furthermore, while grit has notoriously been proposed as a metric for assessing low-performing schools, it has also been quietly adopted as part of the curriculum at elite private schools like New York’s Riverdale and Missouri’s New City School.

Both sides of the debate miss the fact that historically, the grit discourse is driven primarily not by concerns about disadvantaged students but by the anxiety of middle and upper-class parents about the character of their own children. The critics, however, are right that poor children are the inevitable losers of this game. An overemphasis on character education means that fewer resources will be spent on teaching disadvantaged students the skills and knowledge they need to actually succeed academically and professionally. Sisyphus had plenty of grit, but it didn’t get him very far.

Furthermore, as Mike Rose writes, there is an inherent failure of responsibility in the notion that the biggest problem poor children face is their inability to deal with the ravages of poverty: “[C]an you imagine the outcry if, let’s say, an old toxic dump was discovered near Scarsdale or Beverly Hills and the National Institutes of Health undertook a program to teach kids strategies to lessen the effects of the toxins but didn’t do anything to address the toxic dump itself?” Rose’s point is not that social and emotional learning programs are a waste of time; rather, the problem is that describing these as panaceas can be a dangerous distraction from more pressing issues.

Finally, real harm can come from romanticizing poverty as a character-building experience. If privileged classes see poor children as potential role models for their own offspring, they risk losing sight of the enormous harms caused by a childhood without high-quality housing, health care, nutrition, and education. The grit discourse does not teach that poor children deserve poverty; it teaches that poverty itself is not so bad. In fact, hardship provides the very traits required to escape hardship. This logic is as seductive as it is circular. Pulling yourself up by the bootstraps is seen as a virtuous enterprise whether practiced by Horatio Alger’s urchins or Silicon Valley’s entrepreneurs (bootstrapping is a common term in technology finance circles). And most importantly, it creates a purported path out of poverty that does not involve any sacrifice on the part of the privileged classes.

This conversation, of course, quickly takes on a dangerous character. If grit provides the pathway to success, and grit comes from persevering through hardship, then the best way to help poor people is to make sure that their lives remain difficult. Grit it is an eminently useful concept, but not because it can help the prospects of disadvantaged students. Instead, it helps middle and upper-class adults explain and counteract the shortcomings of their own children, and it also helps them put off the sacrifices that could break down the American caste system.