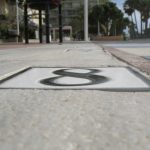 Originally Posted by Harvard’s Center on the Developing Child

Building on a well-established knowledge base more than half a century in the making, recent advances in the science of early childhood development and its underlying biology provide a deeper understanding that can inform and improve existing policy and practice, as well as help generate new ways of thinking about solutions. In this important list, featured in the From Best Practices to Breakthrough Impacts report, the Center on the Developing Child sets the record straight about some aspects of early child development.

#1 Even infants and young children are affected adversely when significant stresses threaten their family and caregiving environments.

Adverse fetal and early childhood experiences can lead to physical and chemical disruptions in the brain that can last a lifetime. The biological changes associated with these experiences can affect multiple organ systems and increase the risk not only for impairments in future learning capacity and behavior, but also for poor physical and mental health outcomes.

#2 Development is a highly interactive process, and life outcomes are not determined solely by genes.

The environment in which one develops before and soon after birth provides powerful experiences that chemically modify certain genes in ways that then define how much and when they are expressed. Thus, while genetic factors exert potent influences on human development, environmental factors have the ability to alter family inheritance. For example, children are born with the capacity to learn to control impulses, focus attention, and retain information in memory, but their experiences as early as the first year of life lay a foundation for how well these and other executive function skills develop.

#3 While attachments to their parents are primary, young children can also benefit significantly from relationships with other responsive caregivers both within and outside the family.

Close relationships with other nurturing and reliably available adults do not interfere with the strength of a young child’s primary relationship with his or her parents. In fact, multiple caregivers can promote young children’s social and emotional development. That said, frequent disruptions in care and high staff turnover and poor-quality interactions in early childhood program settings can undermine children’s ability to establish secure expectations about whether and how their needs will be met.

#4 A great deal of brain architecture is shaped during the first three years after birth, but the window of opportunity for its development does not close on a child’s third birthday.

Far from it! Basic aspects of brain function, such as the ability to see and hear effectively, do depend critically on very early experiences as do some aspects of emotional development. And, while the regions of the brain dedicated to higher-order functions—which involve most social, emotional, and cognitive capacities, including multiple aspects of executive functioning—are also affected powerfully by early influences, they continue to develop well into adolescence and early adulthood. So, although the basic principle that “earlier is better than later” generally applies, the window of opportunity for most domains of development remains open far beyond age 3, and we remain capable of learning ways to “work around” earlier impacts well into the adult years.

#5 Severe neglect appears to be at least as great a threat to health and development as physical abuse—possibly even greater.

When compared with children who have been victimized by overt physical maltreatment, young children who experienced prolonged periods of neglect exhibit more serious cognitive impairments, attention problems, language deficits, academic difficulties, withdrawn behavior, and problems with peer interaction as they get older. This suggests that sustained disruption of serve and return interactions in early relationships may be more damaging to the developing architecture of the brain than physical trauma, yet it often receives less attention.

#6 Young children who have been exposed to adversity or violence do not invariably develop stress-related disorders or grow up to be violent adults.

Although children who have these experiences clearly are at greater risk for adverse impacts on brain development and later problems with aggression, they are not doomed to poor outcomes. Indeed, they can be helped substantially if reliable and nurturing relationships with supportive caregivers are established as soon as possible and appropriate treatments are provided as needed.

#7 Simply removing a child from a dangerous environment will not automatically reverse the negative impacts of that experience.

There is no doubt that children in harm’s way should be removed from dangerous situations immediately. Similarly, children experiencing severe neglect should be provided with responsive caregiving as soon as possible. That said, children who have been traumatized need to be in environments that restore their sense of safety, control, and predictability, and they typically require therapeutic, supportive care to facilitate their recovery.

The capacity to adapt and thrive despite adversity develops through the interaction of supportive relationships, biological systems, and gene expression. Despite the widespread yet erroneous belief that people need only draw upon some heroic strength of character, science now tells us that it is the reliable presence of at least one supportive relationship and multiple opportunities for developing effective coping skills that are the essential building blocks for strengthening the capacity to do well in the face of significant adversity.

"They like me, they like me not": Popularity and adolescents' perceptions or acceptance predicting social functioning over time.