What makes mentoring programs effective? And what makes some programs more effective than others? These questions have existed for years in youth development research.

“We knew there was good empirical evidence for mentoring, but we didn’t know why. We just knew it showed benefits,” said Patrick H. Tolan, the Charles S. Robb Professor of Education and Human Development at the University of Virginia. Tolan is also director emeritus of Youth-Nex, the UVA Center to Promote Youth Development.

Now Tolan and his colleagues have developed a tool that divides the process of mentoring into different components.  Ideally it can reveal more about each aspect of mentoring and how much benefit each has.

The five components they identified are:

Each component is further broken down into its constituent parts. For example, advocacy includes speaking up for the young person, helping navigate social systems and offering access to opportunities, according to researcher Julia Augenstern, a doctoral student at the University of Virginia Curry School of Education and co-author of a paper on the mentoring research. Relationship and emotional support means the mentor offers instances of positive regard and companionship so a mentee can feel supported and cared for, Augenstern wrote.

A list known as the Mentoring Process Scale is used to show which of the five components are actually occurring in a mentor-mentee relationship —  from both the mentor point of view and the young person’s point of view. For example, advocacy is indicated on the scale in the mentor statement: “I get my mentee in touch with people to help him/her in school.”  Role modeling appears on the scale in the mentee statement: “I get ideas on how to act by watching my mentor.”

Tolan said the scale can be used in program management as well as in research and training.

“You could give it to your staff and see what kinds of things they’re emphasizing and see who seems to be having the better outcomes,” he said. If some are using one component that’s linked to better youth outcomes, it would suggest focusing on that component in your program, he said.

When a mentoring program wants to emphasize one component such as relationship support and that doesn’t seem to be happening, a leader could bring in staff for a training on emotional support and why it’s important, Tolan said.

In addition, researchers can use the scale to compare programs. For programs with good outcomes, they can see which scale components are present in each one.

The scale can also be used to improve training, Tolan said. Most mentor training now is in relationship development, he said.

“People really don’t know what to train on other than this idea of secure, supportive relationships,” he said. However, a training program could be developed for each component.

The scale can also be used to address issues of equity, Tolan said.

If it is given to mentors of different backgrounds, it can show what is being done by different groups and could potentially uncover hidden biases.

For example, are mentors advocating as much for youth of color as they are for white youth?

“You can look for bias in how they are engaging kids,” he said.  Training could then address the issue.

Organizations could offer mentor training in certain areas — such as advocacy — that could help groups of kids who face inequities, Tolan said.

The scale can also help mentoring programs assess their practices while interacting remotely during the pandemic, according to Augenstern. 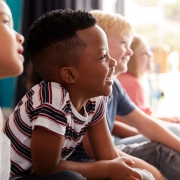 Beyond academics: How after-school programs play an essential role on youth development & learning 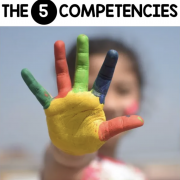 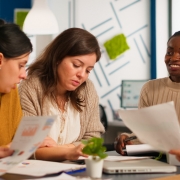