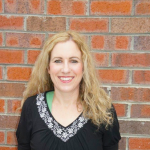 Path models are used to describe quantitative analyses such as regressions or more complex structural equation models. In both cases, the beta or standardized coefficient is typically presented.

Regressions are path models with one outcome or dependent variable. There is no limit to the amount of independent or predictor variables.

For example, Mahoney and Vest (2012) analyzed their data using regressions. In each regression, they tested whether organized activity participation predicted early adulthood adjustment as illustrated in the figure below.

A more complex regression analysis includes multiple predictors or independent variables. For example, Larose (2013) used 16 mentor and mentee characteristics and experiences to predict mentor group belongingness.The path model for their statistical analysis looks quite complex. Because of this complexity and the ease of presenting findings in a table, most regression analyses are presented in tables, as Larose (2013 ) does in Table 3 (p. 164) in his paper.

Regression analyses can be easily run using statistical packages such as SPSS, SAS.

SEM can have a number of predictor and outcome variables. It can also include mediating and moderating variables in the same model. In the article by Chan, Rhodes, Howard, Schwartz, Lowe, & Herrera, (2013), such a complex model was tested, including mediating variables. The complex analyses were easily illustrated with a path model indicating the beta or statistical relation between the variables, which otherwise might be even more difficult to understand in a table. 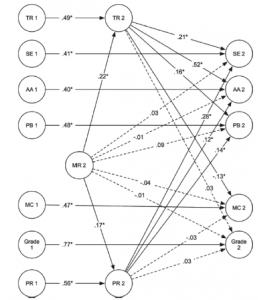 Structural Equation Modeling is run using statistical packages such as MPlus or Amos.

What is person-centered analysis?

Sparks: An important ingredient in why active kids excel!

What is person-centered analysis?