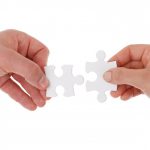 At the beginning of the twenty-first century, we are facing a crisis of connection. People are increasingly disconnected from themselves and each other, with a state of alienation, isolation, and fragmentation characterizing much of the modern world. In place of the “we,” we have been left with the “me,” the solitary individual, whose needs, wants, and desires take precedence over the collective.

Though the concept of a crisis of connection is not yet widely utilized, signs of its existence are everywhere. Decreasing levels of empathy and trust and the rising indices of depression, anxiety, loneliness, and social isolation indicate a loss of connection at the individual and community level. The impact of such a crisis is evident in the rising rates of suicide, drug addiction, and mass violence, and the high rates of incarceration, hate crimes, domestic violence, and sexual assault on college campuses, as well as astronomical rates of inequality in income, education, health care, and housing. As the bonds of solidarity and cohesion weaken, our ability to address our societal problems and pursue our common interests is severely damaged.

Over the past four decades, however, the basis for such a consensus has emerged from discoveries within a range of disciplines, from neuroscience, developmental psychology, and sociology to evolutionary anthropology, biology, and primatology. The collective insights from these fields, coalescing in the newly emerging science of human connection, compose a five-part story about the roots and consequences of the crisis of connection and the potential solutions. Although each part of the story—based on findings from different scientific disciplines—has been known for decades, we have failed to see the entire picture due to our tendency to segregate scientific disciplines and methods. Like the Indian parable in which the blind men are unable to “see” the elephant because they feel only the tail, the ear, the trunk, the side, or the tusk, each scientific discipline has remained largely isolated, focused on one component of human experience and using one type of method, and rarely, if ever, communicating with other disciplines or using other methods. This “blind men” approach to science has resulted in an inability to hear or see the full story of human experience in culture and context or what lies at the root of our crisis of connection and how we can effectively address it.

The science of human connection tells the story of: (1) who we are as humans, with a focus on our capacity and need for connection; (2) what has led to our crisis of connection; (3) the evidence of the crisis; (4) the consequences of the crisis; and (5) the potential solutions.

According to the first part of the story, we learn that humans are inherently responsive and relational beings, born with a voice, with the ability to communicate and engage with others, and with the desire to live in relationships. Our tendency toward altruism and cooperation is now recognized as a key factor in our survival as a species. According to the second part, there is a conflict, however, between our nature and the culture we have constructed. We want to bond within and across communities but we live in a society that is rooted in beliefs and ideologies that prevent us from having what we want and need most to thrive. Patriarchal ideologies, for example, lead us to privilege stereotypically masculine qualities over those deemed feminine. Thus, we value self over relationships, individual success over the common good, the mind over the body, and thinking over feeling. Such priorities and preferences devalue core elements of our humanity and contribute to a decline in familial and communal bonds and a disconnection from oneself and others.

In a study of 30 industrialized countries, epidemiologist Richard Wilkinson and Kate Pickett found that those societies that value independence over friendships have higher rates of depression, addiction, and violent crime. Their research suggests, furthermore, that it is not the valuing of independence that causes problems, but the privileging of independence over friendships. We also align ourselves with ideologies that privilege certain races, social classes, and sexualities (i.e., white, rich, and straight) over all others and thus compromise our ability to listen to ourselves and each other, create inclusive communities, or recognize our common humanity. Our ideologies and their corresponding stereotypes likely contribute to a crisis of connection within and across communities.

In the third part of the story, the science of human connection provides evidence of the crisis itself. Research in psychology, sociology, and the health sciences shows three broad patterns of increasing disconnection from ourselves and each other. One is a decline in levels of trust and empathy, the second is rising indices of depression and anxiety, and the third is increasing levels of loneliness and social isolation around the world. The fourth part of the story then draws on evidence in the social and health sciences that reveals the dire consequences of losing our connection to ourselves and to others. With declining rates of trust and empathy come, according to the data, increasing rates of income and educational inequality, hate crimes, and mass incarceration. With rising rates of depression, anxiety, loneliness, and isolation, we have increasing rates of suicide, drug addiction, mass violence, health problems, and a decline in life expectancy among some alienated groups.

In the fifth and final part of the story—which will unfold in future posts—the science of human connection suggests potential solutions. In the research on human development that began in the early 1980s with studies of girls and young women, and then continued in the 1990s with studies of boys and young men, we find the human potential to resist disconnection. We have the capacity, as humans, to reject a system that hurts us and, in some cases, kills us. The story thus comes full circle and illuminates a solution that is not ideologically driven, but rather based in what we know about our human capacity and desire to live in connection with each other.

From the gospels of Jesus to Pope Francis’s call for a “revolution of tenderness,” from the work of Albert Einstein to the Dalai Lama, we hear the message that love is the solution. Not the “selfless love” that Virginia Woolf warned against in writing about the Angel in the House or the “anemic love” that Martin Luther King Jr. warned against in his 1965 speech at Oberlin College, but a love that includes the self and is rooted in justice and a sense of a common humanity.