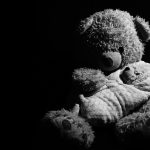 Adolescent parents are more likely to experience challenges in parenting due to their lack of emotional maturity, social support, economic support, and lack of education on how to raise a child. Public health nurses or PHNs often provide interventions to teen parents to help them better navigate the challenges of being a teenager as well as challenges associated with being a parent. Mentoring relationships, in particular, might be a valuable intervention for teen parents, as they might be able to fill some deficits in social and informational support that they may lack. The researchers of this study wanted to explore the experiences of public health nurses and teen parents involved in the Pregnant and Parenting Teen program.

As part of this program, PHNs visit teens at school or home weekly or monthly, and PHNs usually have around 35-40 teens in their caseload. Even though the PHNs are not explicitly called mentors within the program, the program does emphasize relationship-based strategies in training PHNs for becoming a part of the program. The researchers recruited all seven PHNs working in the program, and eleven teen mothers who were 16 or older to participate in the study.

The nurses ranged in age from 36-66 and were employed by the agency for a mean average of 11.7 years; five of the seven had bachelor’s degrees and the remaining two had completed a master’s degree.

Teen parents were asked to rate their PHN on a 5-point scale for certain types of interactions, such as talking and listening skills, information giving versus focusing on the mother, their use of medical vocabulary or easy-to-understand words, and whether or not the PHN focused more on what they were doing right versus things they were doing wrong. Interview questions for the teens also included: “who provides you with support or helps you to be a successful mother and be successful in school?; how much do you feel you can trust your public health nurse?; what does the public health nurse do to help you know you are making good decisions?; describe any experiences you had when you felt the public health nurse did not support you.” Questions for the PHNs included: “what do you do to build a trusting relationship with teen mothers?; what kinds of information od you provide to the teen mother that you believe would help her to succeed?; what negative experiences have you had in your work to provide support to teen mothers?; what do you think are the most important skills that help you to effectively mentor teen mothers in life choices?” among others.

In the interviews with the PHNs, eight major themes were found. PHNs spoke about the importance of being “non-judgmental” because if teens felt that they were judging them/their choices, they would be less inclined to trust them. So, instead of asking a teen “Why weren’t you in school today?” they would ask “Are you okay?” The PHNs also outlined their strategy of building teens up or praising things they were doing right, which made it easier for them to help the teens to correct their potential problematic behaviors.

The PHNs also discussed being able to “read who the teen is and what they need”; in other words, creating a space for the teen to get what they want or need out of the relationship. PHNs would ask teens about what they wanted to learn or discuss, and take their lead. They also talked about “sticking in there with [the teens]” or the idea that they should “just be there” for them through the “ups and downs” of the relationship. Keeping track of their teens and checking in regularly was seen as important. Similarly, seeing their teens as people and honoring them as such was also seen as important. PHNs accomplished this by remembering previous conversations, “being present” and showing the teen respect. PHNs also spoke about facilitating decisions for their mentees; helping them with prioritizing tasks, “normalizing challenging situations”, focused on the teens’ feelings and discussed the consequences of making certain decisions, both positive and negative. The researchers asked the PHNs what their view of success would be for the teens they mentored, and came up with a variety of answers, including giving birth to a healthy child, graduating from school, finding a job, not becoming pregnant a second time, and having healthy interactions with their child. Challenges of mentoring teens included problematic family lives and boyfriend relationships of the teen mothers, poverty, housing problems, issues with school staff, and unfamiliarity with certain cultures. Rewards included positive outcomes and positive responses from their teens, and several spoke about the rewards of being able to “see they were making a difference in the teen’s life”.

PHNs felt that having a good sense of humor, empathy, compassion, being straight forward, flexible, laid back, and warm were important characteristics to have for mentors of teen parents. Skills they felt were important were: listening skills, being present, experience with children, promotion of confidentiality, and adaptability.

In terms of the teen interviews, the teens all felt that their PHN was extremely trustworthy, and told them things that they did not tell their own mothers; they felt that their respect for confidentiality was key for them being able to trust their PHNs. Teens also felt that PHNs were good at “being there, listening, advising, and providing resources”; PHNs knew how to allow them to vent and provide useful advice. The mothers also felt that PHNs were helping them to build independence by encouraging them to make phone calls for referrals by themselves, instead of doing it for them. Teen mothers also spoke about how PHNs helped them to make important decisions, like using contraceptives, or going to or staying in school, but highlighted that PHNs just gave them their options and let the teens decide for themselves after having a discussion, they didn’t try to make these decisions for them. Teens identified success as finishing school and providing for their baby; getting a good job, being a good role model, and being able to live independently were also included in their definitions.

Teens highly valued their relationships with their PHNs and viewed them as positive. Interestingly, the teens and PHNs both had similar views on their relationships, so it is possible that the approaches used by the PHNs likely influenced the teens’ perceptions of them. “The nonjudgmental approach…likely contributes to the perception that the PHN is trustworthy” and several PHN themes “represent actions that likely contribute to teens viewing that PHNs are part of their support network—making referrals, giving information, meeting the teens where they are, sticking with the teen, and honoring persons.”

By interviewing both the PHNs and the teens, the researchers were able to paint a more complete picture of the mentoring relationship, but due to the small sample size, the results are not likely to be generalizable. However, these relationships seem to have made a profound impact on the youth in them, and further research into this area may help to identify what characteristics of mentoring relationships are important for teen mothers and other adolescents at risk. 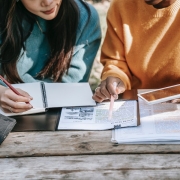 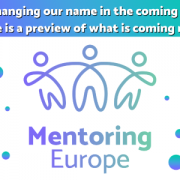