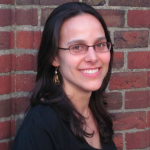 The story of 15-year-old Davion Only has gone viral, following an article published in the Tampa Bay Times about his appeal to a church congregation for an adoptive family (see story here). Davion had been in foster care all of his life, waiting for a family to adopt him. It was his idea to get up in front of crowd of over 300 people on a Sunday morning and ask for a family. He told his caseworker, “I  know they’re out there…Maybe if someone hears my story…” Since Davion’s appeal, his adoption agency has received over 10,000 requests from people interested in adopting him.

Although Davion was looking for a family, not a mentor, I couldn’t help but think about the parallels between Davion’s decision to reach out to a community of adults to recruit a family, and a new model of mentoring that my colleagues and I are studying: Youth Initiated Mentoring (YIM). In YIM, adolescents recruit mentors from their existing social networks instead of being assigned a mentor who has already been recruited by the mentoring agency (see previous post on recent research on YIM). The program then provides mentor screening, mentor and mentee training, and match support. This model is appealing for a number of reasons. First, as Davion’s story demonstrates, adolescents can be much more effective at recruiting caring adults than billboards, websites, and even program staff. Davion stated, “I know they’re out there.” I think we could say the same about potential mentors. They’re out there, however, many potential mentors may not stop by their local mentoring agency to volunteer. This may be particularly true for male mentors and mentors of minority racial and ethnic backgrounds. Data from our study of YIM in the National Guard Youth ChalleNGe program suggest that YIM may reach mentors whom programs struggle to recruit. In a program serving almost 90% male adolescents, all of their mentors are same-gender matches, and 83% were of the same racial or ethnic background as their mentees.

Perhaps more important than its implications for recruitment, however, is the way in which YIM recognizes that youth can advocate for themselves, when provided with sufficient support and training. Although Davion’s example is particularly dramatic, it reminds us that young people do not need to just wait for adults to approach them and offer services and support. In fact, the ability to reach out for support, connect with potential mentors, and network, plays a significant role in social-emotional well-being, as well as academic and career success.

In the mentoring field, much of the focus when thinking about how to strengthen relationships has been on mentor training and support. We know, however, that relationships are co-constructed, and each player contributes to making a relationship what it is. Mentor training is vitally important, and, as the adult in the relationship, it is appropriate to expect the mentor to take on the lion’s share of the responsibility in connecting with their mentee and making the relationship a success. At the same time, the mentee (particularly older mentees) also can learn how to connect with their mentor and how to get the most out of the relationship. Ideally, youth would come away from mentoring with an understanding of how mentoring can be helpful to them and with a skill set that would allow them to connect with mentors and supportive adults throughout their lives. In fact, regardless of whether a program is using a YIM approach or a more traditional approach to mentoring, by recognizing what the mentee contributes to the relationship and expanding our focus to mentee training as well as mentor training, we may be able to increase the likelihood that youth generalize their experience in a mentoring program into other areas in their lives. One model that we are particularly interested in is a hybrid of traditional formal mentoring and YIM, in which the assigned mentor would work with their mentee to teach them how to identify, recruit, and draw on the support of mentors within their existing social network, allowing the mentee to transition to YIM following termination with the assigned mentor.

Davion is obviously an exceptional case in his courage and creativity in reaching out to adults, however, by explicitly teaching adolescents the skills to recruit and connect with mentors, we may be able to develop their ability to advocate for themselves and recruit support throughout their lives. 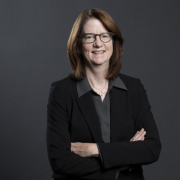 A conversation with Renée Spencer

Youth Initiated Mentoring: How it can reduce the use of out-of-home youth care