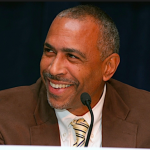 By Pedro A. Noguera and Anindya Kundu

Recently, “grit” has received growing attention from educators and others as the critical ingredient to academic success.

Given our nation’s admiration for the rugged individual, it is understandable why we choose to glorify guts and grit. However, it is less clear why the idea has become such a popular explanation for success in education.

University of Pennsylvania psychologist and McArthur genius awardee Angela Lee Duckworth has convincingly argued that grit is a measurable trait that predicts student achievement. She has also suggested that all students can learn to acquire grit.

But an overemphasis on grit directs attention away from other factors that also affect student success.

Take for example Miguel Fernandez, a recent graduate from a small high school in the Mott Haven section of the Bronx, N.Y.  When Miguel moved from the Dominican Republic at age of 8, he spoke no English. He and six siblings were raised by a single mother, who supported them by working as a maid. Despite working while he was in school, Miguel was an A student who graduated near the top of his class. Clearly, these accomplishments suggest that Miguel possessed more than his share of grit; he epitomizes what can be achieved through sacrifice and determination.

However, instead of going to college Miguel now works as an assistant manager at a local McDonalds restaurant. Teachers encouraged him to apply to college without knowing that Miguel was undocumented and in the country illegally. All the grit in the world would not make it possible for him to get the financial aid he needed to pay for his college education.

By suggesting that a student achieves because she has grit, we are likely to ignore the hurdles that obstruct the path of students like Miguel who certainly work hard, but face barriers that limit their ability to experience success.

More often than not, we discuss disparities in student performance in isolation from other factors that contribute to them, such as inequity in per pupil spending. If instead of posing the problem as an “achievement gap” which reinforces the idea that individual effort is the key factor determining differences in outcomes, we acknowledged it as an “opportunity gap,” we might do much more to address the disparities that limit the ability of children to learn.

Social science research has consistently shown that public school students with higher-income parents are likelier to attain higher levels of education than their lower-income peers. The United States continues to have the highest income inequality among first-world nations, and all the grit in the world will not change that.

The costs of allowing so many Americans to remain under-educated are daunting. Education should be considered an investment in a country’s labor force, where underachievement harms economic growth. Almost five years ago, a McKinsey study showed that if America could narrow its achievement gap between white students and black and Latino students, G.D.P. would be between $310 billion to $525 billion higher, or roughly 4% of total G.D.P.

Today, only one 1 of 10 American jobs are available to high school dropouts. During our most recent recession those regions of the country with better educated populations managed to recover more quickly than those with less. This is why it is important to acknowledge education as both an individual and collective concern.

Rather than focusing on grit, it might be far wiser to focus on the concept of agency. Like grit, agency involves action. When social scientists use the term, agency implies having the ability to act and affect one’s surroundings without glossing over obstacles created by structural inequality. Moreover, agency is not necessarily an individual trait. It can be applied to groups, schools, and communities that organize together to act for their collective interests.

For example, in 2011, a low-income public school located in the Bedford-Stuyvesant section of Brooklyn obtained the highest gains in literacy and math of any public elementary school in the borough. The school’s achievement is even more remarkable when one considers that 100% of the children came from families with incomes below the poverty line, 28% of the children were categorized as being in need of special education, and 40% of the children were homeless.

Undoubtedly, many of the children and teachers at the school possessed an enormous amount of grit, but what really explains their success is the collective agency they generated to contend with the significant obstacles they faced. The school actively responded to the academic and non-academic needs of children by expanding access to health services, building partnerships with social services agencies, extending the school day, and working with community-based organizations to address parent needs. In so doing, they improved achievement by expanding opportunity.

On Thursday, President Obama launched a new initiative to build “ladders of opportunity” for boys and young minority males. It is a program designed to lift through more than grit.

Fostering agency has the potential to be extremely powerful. Today, Miguel is still working at McDonald’s. But he is also organizing with other undocumented students to demand immigration reform.  Rather than accepting his plight as inevitable, he and others are taking action at great personal risk to change laws.

Unlike grit, agency is about empowering young people to use education to take control of their lives. As they come to understand that knowledge is a source of power, students become more invested as learners and more able to see the relevance of school in shaping their future outcomes.

Teach a kid to catch fish and you’ve taught him how to feed himself.

But don’t stop there.

Help her to understand why the river is polluted so that she and her friends can organize to get the river clean and make it possible for the entire community to eat too.

Pedro Noguera is a professor of education at NYU and the director of the Metropolitan Center for Urban Education. Anindya Kundu, a doctoral student in Education at NYU, contributed to this column.

An interview with Jane Pauley