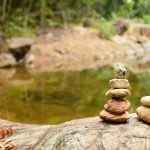 Sitting in his Harlem elementary school cafeteria after the final bell one day last month, Jaylen Williams shifted restlessly as he read a math homework question out loud. “Ms. Parker buys two pounds of cash — ” he said, rubbing one his eyebrows furiously as his voice trailed off, unable to pronounce the last word.

He was stumped. Richard Washington, Jaylen’s mentor, who was following along over his shoulder, chimed in. “Cashews,” he said. “You like cashews?”

“I don’t know what they are,” Jaylen, 9, replied, wearing his green polo shirt and khaki pants school uniform.

For two hours every Monday, Mr. Washington visits Public School 7 to see Jaylen. They were connected through a program called MentorCHIP, a service provided through the Retired and Senior Volunteer Program and sponsored by Community Service Society, one of eight organizations supported by The New York Times Neediest Cases Fund. Founded in 1966, R.S.V.P. matches 2,500 older adults with volunteer opportunities at more than 350 nonprofits across the city. The program has since expanded throughout the country.

MentorCHIP, one of several signature programs developed through R.S.V.P., has placed 75 retired New Yorkers with 100 students at four locations across the city. At Jaylen’s school, seventeen mentors work with about two dozen elementary students who have incarcerated parents.

On paper, Mr. Washington is officially Jaylen’s mentor, but he is really much more.

Jaylen is among 105,000 children in the state who have a parent in jail. Most likely, half of those children live in New York City, according to the Osborne Center for Justice Policy and Practice, a nonprofit that works with individuals in the criminal justice system and their families. Since Jaylen was born, his father, a three-time felon, has spent about two and a half years behind bars, according to court, jail and prison records. After spending about seven months in prison earlier this year, he returned to the Suffolk County Jail on a parole violation for the attempted criminal sale of a controlled substance in November. Without a father at home, children like Jaylen are more likely to struggle in school or even drop out — a challenge the mentorship program strives to overcome.

Mr. Washington joined the program in 2009, after 37 years in social work. First he mentored youth involved in the criminal justice system. Then, three years ago he began volunteering at the elementary school, where he has mentored three children, including Jaylen, to whom he was assigned in the spring. He said the children always looked at him suspiciously when he first met them.

“On Day 1, there’s a bit of a standoff as they check you out,” he said. “But really they’re just looking for somebody to hang with, and I can be that for them. It’s all about eye contact, a shoulder pat and a high-five.”

He corrected himself, laughing. “Or, actually, these days, a fist bump.”

Jaylen, focusing on his math assignment, bent over a worksheet showing jars of snack foods with prices per pound. He rested his forehead against the back of his bent wrist and started to draw a diagram.

The fourth-grader was ready to be finished with his homework. Afterward, he gets to play chess — a game that Mr. Washington has been teaching him.

“Whenever he takes my queen early, I tell him not to get too cocky just yet,” Mr. Washington said. “Because if you make your move too early, you can fall behind. It’s a good lesson in life. There are usually several options to choose from, and it is important to make wise choices because there are consequences to the moves and decisions you make in life.”

“It helps you think,” Jaylen said, looking up at Mr. Washington. “I beat him every day.”

They take their own approaches to the game. Mr. Washington ponders each move, studying his options — only moving a piece when he is confident. Jaylen prefers a fast pace and often advocates for using a timer to speed up the game.

Jaylen’s schoolwork has improved, along with his chess skills. They work on Jaylen’s penmanship, and Mr. Washington discusses the importance of class participation, making sure that he answers the teacher’s questions and reads out loud in class.

Mr. Washington takes pride in Jaylen’s strides in school, but that is not what is most exciting about seeing him every week. He knows the influence that a male role model can have, particularly for children without a father at home.

They do not really talk about his father’s incarceration, Mr. Washington said. At the cafeteria table that day, Jaylen mentioned his father only once, crediting him with helping to teach him basketball.

Mr. Washington said he had tried to be a steady, dependable presence in Jaylen’s life and was careful about everything he did around him, even paying attention to how he dressed.

On this day, wearing a sweater vest, khaki slacks and brown loafers, Mr. Washington shared a bench with Jaylen and encouraged him to finish his homework. Jaylen, his attention always darting, rifled through Mr. Washington’s coat and gloves to find a gray felt cap with a wide brim.

He put it on, pulling the brim down below his eyes.

Reliance on “gut instinct” can be a potential pitfall for mentors, new research shows 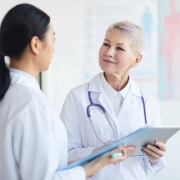 It’s not you, it’s me: An exploration of mentoring experiences for women in STEM