The focus of this practice on supporting healthy endings to mentoring relationships is consistent with Rhodes’ model of youth mentoring, which suggests that both positive and negative relationship experiences can influence the emotional development of the mentee (Rhodes, 2005; Rhodes et al., 2006). The potential for support for match closure to positively influence the mentee’s perception of the relationship, or at least his or her contributions to the relationship, and to facilitate the mentee’s ability to develop secure attachments to others in the future is also suggested by attachment theory (Spencer & Basualdo-Delmonico, 2014). In line with this idea, research has linked positive relationship experiences to improvements in the mentee’s relationships with others (Rhodes, 2005; Rhodes et al., 2006). It follows, therefore, that mentoring relationships that do not end well (for example, without adequate opportunity for the mentor and mentee to express and explore their feelings about the ending) may negatively influence not only how the mentee and mentor perceive the relationship, but also socioemotional and possibly other outcomes for the mentee (Rhodes et al., 2006). Keller (2005) similarly noted that although a mentoring relationship may come to an end for a number of reasons, including conflict, the end of the program, or a mentee’s move out of the program area, careful management of the termination process in all instances may provide beneficial opportunities for learning as well as for resolving feelings of loss or abandonment, particularly for the mentee.

In a recent qualitative study of several hundred Big Brothers Big Sisters (BBBS) Community-Based Matches (the STAR Project), Keller and Spencer (2017) explored in-depth the contribution of youth and relationship characteristics to match closure with a number of informative results. Their findings, for example, point toward the importance of both the mentor-youth experience and the network of relationships surrounding the match. More specifically, they found that matches ended when mentors and youth did not feel a shared sense of connection, even when the relationships surrounding the match (i.e. the mentor-parent, mentor-MSS, and parent-MSS relationships) were strong. Conversely, even in matches in which the mentor-mentee dyad was able to form a connection, such connections were difficult to sustain when there were disruptions in the other relationships surrounding the dyad. In this analysis, only about one-quarter involved an in-person final meeting between mentor and mentee (Keller & Spencer, 2017), and the risk of early match closure was greatest for mentors who were unsure at the onset how long they wanted the relationship to last, and for parents who wanted the relationship to last less than one year (Keller & Spencer, 2017). Managing relationship expectations (including relationship length) throughout the match is likely to be an important component of reducing risk of early closure and also managing the end of mentoring relationships. An earlier qualitative study of mentoring relationship endings found that even though youth tended to express feelings of disappointment regardless of how the relationship ended, relationship endings that were not executed well (the researchers identified these as endings that were planned but not completed, were abrupt, or were led by the agency due to no contact between mentor and youth over an extended period of time or at the request of the mentor, youth, or parent) appeared to create more pronounced negative feelings among the youth and their parents (e.g., a reversal of prior positive views of the mentoring relationship, a reluctance to get involved in another mentoring relationship) (Spencer et al., 2014).

One practice that may provide additional support to mentors in navigating their role in the match relationship may support from “veteran” mentors affiliated with an agency. In a study of BBBS Community- and Site-Based Matches, peer support from more experienced mentors was found to be associated significantly with longer match relationships and a reduced risk of early match closure (Peaslee & Teye, 2015). In comparison with a control (standard) condition, BBBS mentors receiving peer support were 80.3% less likely to have matches that closed early, and mentors receiving peer support in combination with additional training were 59.6% less likely to have matches that closed early. This type of ongoing support may help newer mentors manage their expectations about their mentoring relationships in a way that lessens the risk of early closure and could also help mentors effectively navigate the ending of match relationships.

NMRC review on mentoring for youth with disabilities 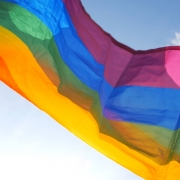 LGBTQ Supplement to the Elements of Effective Practice for Mentoring™ 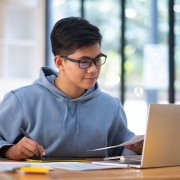 Every other week a newsletter is sent out containing a new article written by Dr. Jean Rhodes, as well as other important articles related to mentoring. Sign up for our newsletter by visiting our website at the link below. evidencebasedmentoring.org/su… pic.twitter.com/HmXJXJuFXx

Although campers learn activity-based skills from their counselors, not much is known about how counselor behaviors affect campers’ social-emotional learning skills. Read about how camp counselors perceived and modeled SEL at an overnight summer camp. evidencebasedmentoring.org/ro… pic.twitter.com/TuRJhsi2lq

Although after-school programs are known for fostering positive youth trajectories, not many studies examine whether this also applies to middle school programs. Learn about how a parks‐based after‐school collaboration is promoting healthy trajectories. evidencebasedmentoring.org/ca… pic.twitter.com/8X42XwexTC