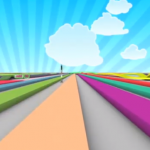 Research on early terminations in therapy, including the specific behaviors and attitudes that increase their likelihood, is relevant to mentoring relationships. Nearly half of all therapeutic ties terminate prematurely, owing to a variety of factors. Sometimes parents or spouses sabotage the process; sometimes clients reenact earlier, dysfunctional behaviors; and sometimes clients are dissatisfied with their therapists or feel disappointed with how therapy is progressing. Clients rarely tell their therapists when they are upset with the process, preferring instead to withdraw from direct confrontation.

Changes in therapists’ circumstances, such as relocations, illnesses, graduations, new jobs, or childbirth, can also precipitate terminations. When the end of a therapeutic relationship is initiated by the therapist, it can be very destructive to adolescents’ sense of well-being. Donald Winnicott noted that adolescence is a “very awkward time” for therapists to prematurely end treatment given adolescents’ physical, cognitive, and socioemotional transitions. Cathy Siebold also warned that, “termination by the therapist confounds the typical clinical course and breaks an essential rule of therapy—that the therapist will tolerate, survive, and encourage the patient’s continued attendance and communication.”

Similar challenges precipitate premature terminations in mentoring. Mentors and protégés bring complex personal histories to the table that can interact in countless ways, some of which may destroy any chances of a bond developing between them. Case managers should be sensitive to factors that might place the relationship at risk and cognizant of the fact that mentees are unlikely to lodge complaints in response to the inadequacies of their mentors.

Nonetheless, the research literature on therapeutic terminations offers some insights into effective strategies for minimizing difficulties. Despite the similarities, the meaning and context of terminations in therapy and mentoring differ. Many mentoring relationships, particularly those that are focused on specific academic or career goals, never develop the level of intensity that characterizes therapeutic ties, and other relationships are time-limited by design.

When Mentors End the Relationship

Mentors who anticipate an impending termination should give their mentees ample warning. A few weeks’ notice and an appropriately detailed explanation can provide adolescents with a better understanding, reassurances, and the opportunity to reach some sort of closure. Unfortunately, mentors are often reluctant to broach the topic and often postpone discussions. They may feel guilty and fearful of negative reactions.

A mentor’s departure might evoke memories of other losses and ignite painful and confusing feelings. Writing of therapist-initiated terminations, Paul Dewald warned that they “may be perceived as a repetition of arbitrary, unexpected and ‘selfish’ behavior of earlier key figures, particularly when there have been significant or traumatic separations earlier in the patient’s life”; similar findings can hold true for mentor-initiated terminations. In the case of therapist-initiated terminations, Dewald observed that a patient’s response would usually be consistent with reactions to similar previous situations.

Adolescents’ reactions to the termination of mentoring vary considerably, and few feel devastated by their mentor’s departure. Nonetheless, mentors should be prepared to address feelings of hurt, even when they are not immediately apparent, and to share their own feelings of loss. Case managers can help mentors anticipate negative reactions and rehearse strategies for handling them. In some instances it may be advisable for the mentor to meet with the protégé infrequently for a period of time after the official termination or to transfer the protégé to a new mentor.

Transferring to a New Mentor

Although transferring mentees to new mentors is common practice in many programs, the process can be more psychologically complex than it appears. That is certainly the case for therapist transfers. Anna Freud suggested that “it is generally advisable for a patient who must terminate with one therapist to wait and only later start again with another therapist if necessary.” Although this advice might not always apply to mentoring, it does underscore the importance of not simply replacing the mentor with another before adequate closure on the first relationship has been reached. The caseworker should attempt to understand and address the reasons for the first termination so as to minimize the likelihood of repeating a dysfunctional pattern. This can be tricky, particularly when a mentor has terminated in response to feeling overwhelmed by the youth’s difficult circumstances or neediness. When appropriate, youth should be helped to learn from dysfunctional patterns of relating so as to reduce the likelihood that they will be repeated. As we found in a recent study, youth who are rematched do not fare as well as others. See article on rematching.

When Mentees Terminate a Relationship

Although much of the research highlights mentor-initiated termination, it is sometimes the protégé who puts an end to things. Some adolescents might present the termination as a fait accompli, while others broach the subject more tentatively. An adolescent’s stated desire to end the relationship should not always be taken at face value, however. As many mentors can attest, threatening to end the relationship is a very effective way for youth to signal discontent. Once it is clear, however, that the youth is determined to leave, the mentor should not attempt to strongly influence the decision.

Some youth withdraw from the relationship by not responding to phone calls or chronically standing up their mentors. These sorts of default terminations can sometimes be avoided when mentors and caseworkers pick up on cues that might signal a mentee’s disengagement (for example, frequent lateness, missed meetings, and distracted, perfunctory responses to open-ended questions). Youth sometimes withdraw because they feel better, or because the relationship has progressed to a more emotionally challenging level. Still others might fear that they are letting their mentors down and chose to withdraw from the relationship rather than face their mentors’ disappointment.

Whatever the reason, exploring and evaluating a mentee’s reason to terminate can be a delicate process. Mentors should talk with caseworkers to become aware of their own feelings of sadness, anger, rejection, and, in some instances, relief. This awareness will enable mentors to more openly discuss the impending termination with their mentees.

Regardless of whether the termination was scheduled or unscheduled, and irrespective of who might have initiated it, activities can be a useful means of involving the protégé in the termination process. These activities, which were adapted in part from literature on terminations in child psychotherapy, can help mentors and mentees review the relationship, highlight accomplishments, address issues of loss, and reframe the ending. For example, mentors can help their mentees anticipate and gain some sense of control over the end of the relationship by jointly making a calendar or a picture of an hourglass that signifies remaining meetings, or creating a timeline in which the termination date is set. Activities that address loss might include sharing photographs of the mentor and menteetogether, or making hand drawings, in which the mentor’s hand is outlined next to the adolescent’s. The mentor can also work with the protégé to make a memory box or collage that depicts feelings, skills, and memories of shared activities. New research, as outlined in this post, strongly suggests that the simple act of writing about the end of a relationship can help facilitate more healthy closure. Finally, the mentor and protégé should work together to plan a special fun outing prior to the final meeting.

In summary, all terminations, even planned ones that follow successful relationships, can evoke conflicting emotions and defensive reactions. The termination is an influential piece of the entire mentoring process that is not given adequate attention in many training programs. How relationships end, however, can color the ways that mentees think about their entire experience. In addition to preventing feelings of abandonment and loss, a well-handled termination can provide a healthy model for sharing feelings around other losses in adolescents’ lives.

The legacy of early relationships: How attachment styles shape mentoring

It’s not what you know….: The case for a networked approach to mentoring