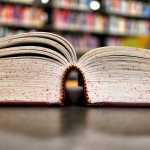 Research has demonstrated that low-income high school students are less likely to plan for college, apply to selective colleges and universities, and complete a bachelor’s degree. This has resulted in what researchers are calling the undermatching phenomenon. This phenomenon occurs when high-performing and highly qualified students enroll in relatively nonselective colleges and universities. Undermatching is much more common among first-generation college students and those from low-income backgrounds. One of the underlying causes of this phenomenon is the lack of social support, part of which is due to lack of contact with adults who have previously attended a selective college.

College admission tests, such as the Scholastic Aptitude Test (SAT) and American College Test (ACT), are often an additional difficult hurdle for aspiring college applicants to overcome, a hurdle made that much taller given that many, if not most, college applications require standardized test scores as part of the application package. Although fee waivers may often be obtained by students through their high school programs, this only addresses the financial aspect of the problem. Often, high schools provide much less in the way of exam readiness and preparation, particularly when high schools are staring down serious gaps in funding and resources. This is to say nothing of the, typically, much more expensive private organizations and individuals offering test prep tutoring and support.

In an effort to address these gaps and imbalances, many programs are turning towards mentoring as a cost-effective solution. As the authors state, “Mentoring, particularly in the college-preparation-program setting, is unique in that it provides access to information, opportunities for skill development, and chances to build strong relationships with others who have experience with college. Mentors can serve as role models for students, especially for those who lack college role models among their peers or family members.” Research has shown that mentoring can provide a strong boost to a mentee’s self-perception of their own academic abilities and the value they place on academic success. In other words, being capable of high academic achievement relies, in part, on believing you are capable of that success. This belief extends to an understanding of college-going norms, the expectations of students preparing for and enrolling in college after high school. In this way, mentoring can be of significant benefit to both high-achieving and less academically successful high school students dreaming of college.

In today’s increasingly complex job market, the benefits of postsecondary education in fostering career success remain strong. As such, undermatching and the achievement gap between low and average-to-high resource students and school districts are issues that require further investigation. Low-income and low resource students, in particular, may need a mentor who can show them that their success in college is possible, support their successful transition from high school to college, and reverse the negative messages they may receive from others about their academic and career potential.

In examining the relationship between student-mentor relationships and students’ attitudes about college, the authors of the present study sought to address three questions:

The data used in the study came from an SAT and college-preparation program serving high school students in California. Student participants enrolled in the study during either the academic year of 2013-2014 or the summer of 2014. All of the participating schools were charter schools. Both types of programs included preservice training and in-program support for instructors and mentors, 40 hours of SAT and college readiness instruction from the trained instructors, four full-length diagnostic SAT exams, and 20 hours of small group near-peer mentoring.

Of the 1,352 students who completed the program during the 2013-2014 academic year, 55% completed both an entrance and an exit survey (N = 749). Of the 472 students who enrolled in the summer course, 256, or 54%, completed the entrance and exit surveys. The present study uses data from all students who completed both an entrance and exit survey, for a total study sample of 1,005 participants. Fifty-two percent of the participants were female, 75% were Hispanic, and 78% came from families in which neither parent had completed a 4-year college degree. The student-reported average GPA was 3.20, and the average baseline diagnostic SAT score was 1127.88. The highest possible score is 2400, and the national average SAT score is 1497.

The authors found that the quality of the relationship between the mentor and mentee was not significantly related to SAT score improvement in the program. However, the higher the quality of the student-mentor relationship, the greater the increases in student attitudes regarding motivation, self-efficacy, and social norms around college. The authors also found that students’ belief that their mentor was personally invested in their success was significantly related to an increase in the positivity of students’ college attitudes. Last, the authors found that those students with the lowest SAT baseline scores showed a strong, positive relationship between their belief that their mentor was personally invested in their success and the increase in their college attitudes. This effect dwindled to statistical insignificance when looking at students who came into the program with a high baseline score.

Implications for mentors and programs

The results of this study highlight some useful approaches to addressing the college enrollment and success gap between low and high-resource students. First, as stated by the authors, “We found that student–mentor relationships are significantly related to students’ college attitudes, including their motivation to attend, their self-efficacy for being accepted, and their perceived social norms around their need to go to college. This finding aligns with previous research that mentoring is related to students’ academic competence and how they value school success.”

Further, according to the authors, “The association between the student–mentor relationship and improvement in the positivity of students’ college attitudes was independent of students’ academic improvement in the program, indicating that mentors can influence students’ college attitudes, regardless of their students’ academic progress in the program. This finding … suggests that even if mentors are not able to improve students’ academic college readiness, they can still effectively engage students around the college process. Social and emotional preparation for college is also important, particularly for underrepresented minority students who may face hostile campus environments. Mentors, especially mentors of color, may aid in this type of preparation.”

However, there are lessons here for mentors whose primary purpose is to serve as a tutor for students. Based on the findings of this study, efforts to increase academic performance may need to shift their focus from building relationships to engaging with the academic material more directly. While some form of relationship is required, if the focus is exclusively on academic outcomes then investing precious time and resources into fostering a deep relationship may not be an effective use of program time.

For academically low-performing students aspiring to go to college, though, the depth and investment of the mentoring relationship pays dividends with respect to the student’s attitudes and engagement with the college application process, as well as college-going norms. This additional support is crucial in supporting the next generation of college students, and can help transform those who expected to go to college the least into those who benefit from the mentor support the most. 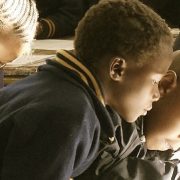 Sustaining the volunteer base for mentoring programs 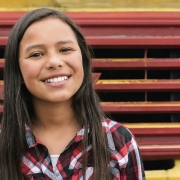