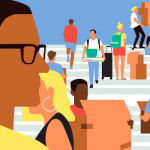 What helps someone be resilient to the many difficulties they might face in their path to academic success? The article presents findings from a retrospective study on a group of a nonrandomly selected undergraduate (or recently graduated) students to examine protective factors in their academic success despite substantial obstacles. Respondents were all from a “northeastern city that is resource-restrained,” and participated in retrospective interviews to understand familial dynamics, educational experiences, and adverse childhood experiences, among other things. Ultimately, these authors found that the role of families, schools, and an individual’s “resilience portfolio” (inner qualities working in tandem with local resources) were protective factors for this sample in reaching college.

The purpose of this study is to better understand the factors and processes related to resilience of youth who are among the most at risk for academic failure and involvement in the criminal justice system. To address the research questions about resilience and risk, in-depth interviews were conducted with a racially and ethnically diverse sample (N = 146) from one of the “most dangerous” cities in America. To obtain an objective assessment of risk, crime data were disaggregated by the city’s census tracts. Respondents were recruited from a college campus that is located within the city limits of the research site. The retrospective interviews included questions related to family structure and dynamics, educational experiences and support, peers, mentors, extra-curricular activities, neighborhood attributes, inner traits of the respondent, and adverse childhood experiences (ACEs). Results suggest that this diverse sample of college students and recent graduates were not immune from the dangers and adversity known to exist within the northeastern city where they grew up. Crime rates and poverty indicators within the neighborhoods far exceeded national averages and findings indicate participants were exposed to serious forms and levels of community violence. Furthermore, outcome data suggest that participants also suffered from many traditional ACEs (e.g., high rates of parental separation, household substance abuse and mental illness, and family incarceration). The outcomes suggested a trifecta of protective factors in the respondent’s resilience: engaged parenting, self-selected high schools, and the interaction of an individual’s inner traits and local ecological supports. Community level suggestions include targeted parental programming, educational support, gang and crime resistance initiatives, and coping interventions for community violence exposure. Future resilience studies should consider an array of ecological factors that may help mediate the harms associated with exposure to community violence as well as data on household level stressors.

This study examined the resilience and college attendance of 146 participants that grew up in one of the most crime filled and impoverished cities in the United States. These outcome data found evidence of the protective role of families, schools, and an individual’s “resilience portfolio” (respondent’s inner qualities working in tandem with the participant’s local resources). These findings are consistent with many newer investigations into a social ecological understanding of resilience confirming that individual traits alone do not best explain the triumph that can occur after a youth’s exposure to adversity such as high levels of community violence, poverty, and household level stressors (ACEs; DuMont et al., 2012; Ungar et al., 2013). Rather, resilience in the face of extreme adversity is increasingly understood as the interplay between individual level factors and the multiple systems within the child’s environment (DiClemente et al., 2016; Ungar et al., 2013)

Furthermore, the extant literature provides few studies examining nonfamilial protective factors against community violence such as the mediating influences of schools and neighborhoods (i.e., collective efficacy; Ozer et al., 2017). In contrast, this resilience study included both of these factors as potential protective influences. Although the interview level data did not independently support a finding of collective efficacy as a protective factor from CVE, schools and educators were a key resilience finding. Newer studies on the mediating effects of CVE should expand beyond familial influences to include the role of schools and other ecological factors. In addition, this study collected data on the respondents’ self-reported ACEs. Findings indicated a presentation of ACEs among these participants (e.g., parental separation, household mental illness and substance abuse, and family incarceration) that are above the averages in other published works (see Cronholm et al., 2015; Felitti et al., 1998). As noted earlier, individual level stressors and stressors from multiple contexts of an adolescent’s life can exacerbate the harms associated with CVE (see Goldner et al., 2015; Slopen et al., 2012), yet it is a topic that is rarely included in this area of scholarship. Future resilience investigations should consider including these household level adversity factors into their analysis.

Based on these findings, extant literature, and a social ecological perspective of adaptation to adverse circumstances, we recommend that resilience programs targeting victims of CVE consider the following priorities: parenting focused initiatives, educational encouragement through community resources and school-based programs to discourage involvement in gangs and crime, and the use of shared communication about community violence and its effects

New research demonstrates connection between mentoring benefits and relationship stage
https://www.evidencebasedmentoring.org/wp-content/uploads/2019/10/college-clip-art-1.png 394 705 Jeremy Astesano https://www.evidencebasedmentoring.org/wp-content/uploads/2018/08/chronicle-logo-1.png Jeremy Astesano2019-10-17 12:36:452019-10-17 15:19:50How disadvantaged students manage to get to and through college 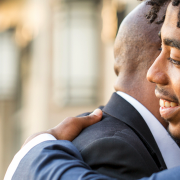 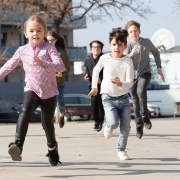 After-school Is Urgently Needed During the Great Pandemic to Build Resilience, Relationships

Dr. Art Stukas: A risky strategy for a mentoring program to choose 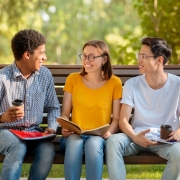 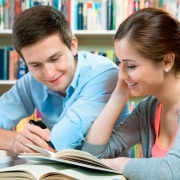