Editors Note: In this column Gail Manza and Susan Patrick draw from their new book Mentor’s Field Guide, which is framed as a series of 67 answers to the most common questions that arise in youth mentoring.

Question 57. My mentee is in foster care. What does that mean?

To begin, we urge you set aside any preconceived notions you have about children in foster care. Our experience is that the popular image of fostered children is a negative one: a generalized impression that kids both enter and emerge from the experience damaged in meaningful and perhaps irreparable ways. In fact, children in foster care are at heightened risk for behavioral and educational difficulties (Smith, 2011).  For example, 65 percent of 18-year-olds who “age out” of foster care programs do not complete high school (Harden, 2004). Yet, it is equally true that high-quality foster care, quick and safe transitions to a permanent living arrangement, and a host of other factors (e.g., strong ties with extended family, informal support systems, and personal resilience) can and do produce a different set of outcomes.

Even more meaningful to a mentor is that you are or will be working with one child, not a statistic or an aggregation of either empirical evidence or communal impressions. And both foster children themselves and a growing body of research suggest that mentors, especially for children who are older and/or are in longer-term placements, can play a key role (Annie E. Casey Foundation, 2008; Ahrens, DuBois, Richardson, Fan & Lozano, 2008). One proponent, U.S. Senator Mary Landrieu, sponsor of the Foster Care Mentoring Act of 2011, says this: “Mentoring relationships can play an enormous role in helping foster youth reach their academic and personal potential . . . and can [help foster youth] learn to thrive when someone gives the energy and time to show that they care.”

The basic facts about foster care are these: A child is placed in foster care when a child protective services agency and the court determine that is it not safe for the child to live at home. The cause for such action is maltreatment or risk of it, stemming from neglect or physical or sexual abuse. The U.S. Census Bureau estimates that there were 424,000 children in foster care placements in 2009, a decline of 25 percent from the peak 10 years earlier (U.S. Census Bureau, 2010). The nature of placements varies and includes the homes of relatives (in an arrangement called kinship care) or non-relative adults who volunteer to serve as foster parents; group homes or institutions (including mental health treatment centers or orphanages—there are still a few); and pre-adoptive homes. The length of time a child stays in foster care (or a single foster care placement) varies, too: the average is 33 months, although the stay is often longer if the child or teen has developmental or behavioral issues, is part of a large sibling group, or is a member of an ethnic or racial minority (American Academy of Pediatricians, 2011). A little more than half of children in care are reunited with their birth parent(s). The Foster Care Alliance estimates that 12 million adults were in foster care.

Because children who have been in foster care for any length of time are, without doubt, at additional developmental risk, you will be in a better spot if you are mentoring a child through a formal program. A number of mentoring programs have developed a special interest in this population of young people, starting with the pioneering efforts of former first lady of the state of New York, Matilda Raffa Cuomo, founder of Mentoring USA. In a formal program, you’ll have access to specialized resources and support. Nonetheless, if an opportunity to informally mentor a fostered child presents itself, don’t instantly shy away. The outcomes for kids in foster care who don’t get additional support of many kinds—including mentoring—are troubling. There’s no doubt you are needed, and a strong network of personal support may make you a very good mentor, indeed, especially if you candidly ask yourself whether there is more than a reasonable chance that you can be a reliable source of friendship and guidance. Kids in foster care or who have been fostered typically have had more than their fair share of unreliable adults in their lives. They don’t need another one.

Finally, whether mentoring a fostered child formally or informally, don’t overlook the good and getting-even-better resources available for young people to use themselves.  Check out the Foster Club (fosterclub.org), a national network for children, teens and the adults who foster them.  And, in addition to the resources available through MENTOR and Education Northwest’s National Mentoring Center, don’t overlook the targeted, highly practical publications of the Annie E. Casey Foundations.  Two good examples:  Money Pals and I Know Where I am Going (But Will My Cash Keep Up?), both available at aecf.org/knowledgecenter/publications.aspx.

Many youth who “age out” of foster care instead of returning home face especially tough challenges to making a successful transition to adulthood (see report). Only 48 percent had graduated from high school at the time of discharge, and only 54 percent between two and four years following discharge. And as adults, children who spent long periods of time in multiple foster care placements were more likely to face unemployment, homelessness, and incarceration, as well as experience early pregnancy.  Consequently, wide array of supports (including high-quality mentoring) can be crucial for young people who are transitioning out of foster care. 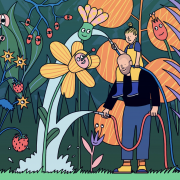 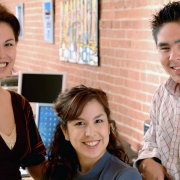 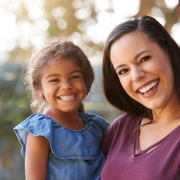