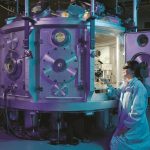 As a freshman, Stephanie Mula found the University of Massachusetts’s engineering program “overwhelming.” A first-generation college student, she wasn’t sure what to expect, how to get the most out of her classes, or where to look for internships. Nevertheless, she went on to beat the odds of the famously leaky science, technology, engineering, and math (STEM) pipeline that produces only three professionals for every 100 female students who begin studies in the field. Today, Ms. Mula is an industrial engineer at Raytheon Missile Systems.

She credits her success in part to the academic and professional advice of her upperclassmen mentor, a participant in a UMASS Amherst pilot program that’s revealing significant benefits for same-gender peer mentoring.

Mula says that even in her mostly male classes she never felt like an outsider, but suggests that female-female mentor pairings bond faster. “It helps having similar things to talk about if you’re with a female, similar hobbies or activities,” she says in a phone interview.

An astonishing 100 percent of female engineering students in the study mentored by advanced female students continued on to their second year, a transition point that often sees many choose a different path. Researchers concluded successful female role models made the difference, stemming the decline in self-confidence seen among those with male mentors or no mentor at all. The results, published April in the Proceedings of the National Academy of Sciences, suggest identity may play a role in effective mentoring, which could inform programs targeting other underrepresented groups.

Mula later became a mentor herself, and enjoyed setting an example for another future engineer, who she says had concerns about the demanding curriculum’s work-life balance. “We lived in the same dorms when we were freshmen and we had gone through the same classes, so seeing that I was going to be successful answered the questions she typically had about how she was going to get to that level,” Mula explains.

“The male mentors that we had were actually really good, but … I think the mentees didn’t infer that the male mentors’ success had any bearing on their own likely success,” explains author Nilanjana Dasgupta, who stresses that the male-mentor and no-mentor figures fall within the experiment’s margin of error, and do not indicate that students were adversely affected.

She attributes the difference to students having role models who proved female success was possible in the male-dominated field. Quarterly surveys revealed that while male-mentored and no-mentor groups suffered sharp losses of self-confidence and feelings of belonging, the female-mentored group maintained the same levels throughout the year, benefits that persisted even after the mentors graduated.

It was in part this lack of role models that motivated Mula to stay involved with the program. “Sometimes as a female in engineering, if you don’t have any female friends who are also in engineering it’s more difficult. So I wanted to be that person who someone could ask about professors or classes.”

For Professor Dasgupta, the program’s results merit swift implementation. She hopes to “take it, package it, and deliver it to the institution so it can be scaled up,” but thinks the “really important question is whether the findings from this gender study generalize to race or social class.”

Jennifer Lindwall, a PhD candidate at Portland, Ore., State University with years of experience overseeing minority youth mentoring programs suspects that they might.

“This idea, ‘if you can see it, you can be it,’ it’s a real thing, and I think for somebody who’s in a challenging academic program, if you don’t see anyone like yourself, whether it’s your gender or your race or your socioeconomic status, it’s kind of impossible to concretely believe that you can succeed,” she explains.

And research backs up Ms. Lindwall’s experience. A 2007 survey of faculty-mentored African-American students among the mainly white student body of Florida State University found that while mentors of all backgrounds helped, a common background facilitated communication and bonding, relieved feelings of loneliness, and correlated with slightly higher grades.

As programs across the country look to mentoring to close achievement gaps, experts say the growing body of mentorship research offers lessons to apply today.

“Make no assumption that all mentors work equally,” recommends Dasgupta. “Oversample the mentors from underrepresented groups so they can work with people coming in from their own group.”

But until a wider pipeline delivers more diverse mentors, coordinators know that’s a tall order. “The reality is, whether it’s ideal or not, mentors and mentees are going to be different in a variety of ways,” says Lindwall.

In the meantime, male and non-minority mentors shouldn’t despair. “If the active ingredient is similarity and feelings of closeness, figure out ways to enhance that similarity,” Dasgupta says.

Lindwall agrees that effective mentoring should be teachable: “If mentors focus on understanding where the student’s at and what they need … these relationships, even if they’re across gender or race, can go a long way.”

Timing matters too. “The pipeline doesn’t leak evenly,” explains Dasgupta. “It leaks more at the joints, and the joints are when you move from one life phase to another.” She urges intervention at these transitions, such as high school to college. At later stages when identity is more established, or in fields with equal representation, she predicts same-gender mentoring plays a lesser role.

Dasgupta urges young women in STEM to seek out mentorship, formally or informally, both in light of her results and her own experience with mentors. “Some were women, some were men … it varied but they really played very important roles in nudging my career in ways that I can only now see in retrospect.”

Mula agrees that mentorship is essential for career growth, regardless of the mentor’s identity: “It’s really easy to get siloed in your own experiences, and seeking out people who have different roles could open up new opportunities or paint a picture in different ways.”

To read the original article on the CSM, click here. 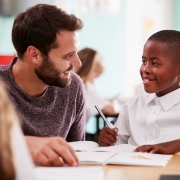 Breaking up is hard to do: How and why formal mentoring relationships end 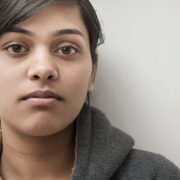 Helping Young People After Natural Disasters: There’s a Tool Kit (or Two) for That

Mentors Help Create A Sustainable Pipeline For Women In STEM