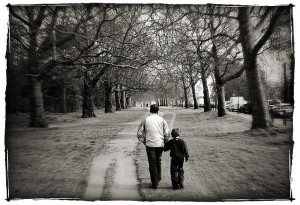 In describing the influence of his mentor, one young man recently wrote:

When I first met [basketball coach] Steve, I was the product of the housing projects, a product of a single-parent home looking for guidance and attention. I was in and out of trouble. One day Steve took me aside and said, “Do you know what the word goal means?” I knew what a goal was in hockey or soccer and I knew what a field goal was in basketball, but when he started talking about setting goals and trying to achieve goals, it was like he was speaking Chinese … it was just one conversation, one afternoon on the basketball court, but it opened a door in my life.—Socrates De La Cruz, a criminal defense attorney

As far back as the early 1900s, theorists talked about the powerful influence that older adults could have in shaping identity development. Freud (1914) described how young people internalize the attitudes, behaviors, and traits of individuals they wish to emulate. Similarly, Heinz Kohut (1984) theorized that children and adolescents attach themselves to an idealized parental imago whose qualities they incorporate into their own personalities. As they identify with their mentors and view them as role models, children’s and adolescents’ early internalizations may begin to change, causing shifts in their sense of identity and social roles. This process is related to what Charles Horton Cooley wrote about back in 1902 when he described the looking-glass self–significant people can become the social mirrors into which the young people look to form opinions of themselves. The opinions that they see reflected back at them then become integrated into their sense of self. George Herbert Mead (1934) similarly posited that individuals can incorporate the reflected appraisal of others’ views of them, imagining how they are perceived by significant people in their lives.

As a mentor’s perceived positive appraisal becomes incorporated into the mentee’s sense of self, it can actually change the way the youth thinks that parents, peers, teachers, and others see him or her. Through this process of reflected appraisals, mentors may help shift children and adolescents’ conceptions of both their current and future identities. Along similar lines, Markus and Nurius (1986) also have referred to possible selves: individuals’ ideas of what they might become, what they would like to become, and what they fear becoming. Such possibilities, which often emerge as youths observe and compare the adults they know, can inform current decisions and behavior. Indeed, many lower-income youths have limited contact with positive role models outside the immediate family and believe that their opportunities for success are restricted. Nonparent adults can provide opportunities for youths to reflect on the consequences of both positive and negative behaviors. Even among middle-income youths, adult occupations and skills can seem obscure and out of reach. Still, other youths have unrealistic expectations and little knowledge about the levels of education that are needed for their chosen professions or how to set goals.

More generally, relationships with adults can provide both social and cultural capital in the form of knowledge, helping youths to make use of community resources and recreation programs and opening doors to educational or occupational opportunities. Participation in such new opportunities also can facilitate identity development by providing experiences on which children and adolescents can draw to construct their sense of self. Indeed, psychologist Alan Waterman (1982) has proposed that activities provide opportunities for discovering special talents and abilities and are thus a primary source through which identity is formed. As the recent research posted, youth activities are a prime context for forging important “developmental’ relationships.

So, although we don’t always think of mentoring in terms of “identity development,” it is one of the key functions and, at the right moment, can change the course of a young person’s life.