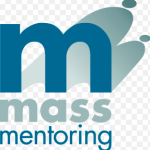 Mayor Martin J. Walsh wants to ­recruit 1,000 mentors to help boost high school graduation rates among young black and Hispanic men, ­prepare them for college and careers, and curb the violence that sometimes derails their paths to success.

Walsh is set to formally outline his recommendations Saturday as part of the city’s My Brother’s Keeper Initiative. It reflects a national movement launched by President Obama to ­reduce barriers to education, employment, and engagement in society for African-American and Hispanic boys and young men.

“Making systematic reforms . . . ­requires collective willpower,’’ Walsh wrote in a letter to Obama reviewed by the Globe. “I am confident the recommendations for action will foster a renewed culture in delivering services and support for our youth.’’

Walsh signed on to the national initiative in September, charging an advisory committee with engaging residents and community groups in developing an action plan, which ­resulted in a 58-page booklet.

The mayor is scheduled to announce that his Mentoring Movement will team with Mass Mentoring Partnership to boost the pool of adults looking out for young people over the next two years. City workers will ­account for 10 percent of the mentors.

While people of color represent 53 percent of Boston’s population, 61 percent of the males under age 19 are black or Hispanic, city officials said.

More than one-third of all black children and 40 percent of Hispanic youths age 17 and under live in poverty, the report said.

To boost high school graduation rates, the mayor’s plan — which he is expected to announce at a press conference in Mattapan — includes expanding partnerships with schools and communities to promote learning, assuring access to rigorous instruction throughout the day, and boosting diversity and cultural proficiency among the school district’s administration and staff.

Walsh’s jobs recommendations include training for supervisors who manage youths, ­increased resources for vocational training, and the launch of a disparity study to assess the city’s record of engaging minority- and women-owned businesses in contracts and procurement.

The administration says its antiviolence plan includes efforts to enhance parental engagement, a new marketing push that will highlight achievements of people in urban communities, and effective reentry programs for those ­returning to the community ­after being incarcerated.

The mayor also promises to develop a strategic plan for the Boston Centers for Youth & Families, hoping to get more community members to use the city’s facilities.

And the action plan pledges that a task force of local community health centers and city officials will increase delivery of mental health services in neighborhoods.