Marc Freedman is founder and CEO of Encore.org, and chairman of the Generation to Generation campaign.

“With jobs, as with parties, it is best to leave when you are still having a good time.” With that, British business columnist Lucy Kellaway announced in late 2016 that she would no longer write the columns that had made her a revered figure in Britain for three decades.

But Ms. Kellaway, then 57, wasn’t planning on retiring to play golf in some sunny destination. She was preparing to teach math—or, maths, in the British parlance—in an urban, London school. Like the U.S., Britain faces a shortage of teachers in math, science and other areas essential to success in today’s world—and an abundance of people over 50 with skills and backgrounds well-suited to fill these gaps.

Making the vocational shift was a courageous step, but Ms. Kellaway didn’t stop there. She challenged her peers “of a certain age” to follow.

More than a thousand women and men in the second half of life responded to Ms. Kellaway’s call; 46 were chosen for a pilot year in her program, Now Teach. They won’t radically change teaching, at least not yet, but the cultural phenomenon Ms. Kellaway started is going strong.

And it’s a call we should be answering in the U.S. as well.

Research from Penn Schoen Berland and Encore.org shows that some 4.5 million Americans are already in encore careers, second acts focused on the greater good, while some 21 million more say following that path is a priority.

And the teacher shortage, especially in STEM fields, is as big a problem here as it is in the U.K. Over half of U.S. public school systems, and over 90% of districts serving primarily students of color, report having trouble recruiting and retaining STEM teachers, according to Melissa Moritz, former deputy director of STEM Initiatives at the U.S. Department of Education.

To help solve the problem, Sherry Lansing—a onetime math teacher who went on to become the first woman to lead a Hollywood studio—created the EnCorps STEM Teachers Program. EnCorps recruits experienced engineers and technology professionals, among others, to teach in science, math and related fields in California. After 11 years, EnCorps has recruited nearly 1,000 tutors, guest teachers, and full-time credentialed instructors.

EnCorps isn’t the only program helping experienced professionals transition to the classroom. Since 1993, Troops to Teachershas helped 20,000 military veterans become teachers. And there are a raft of alternative certification programs in almost every state to help others over 50 consider a new career in teaching.

Even Teach for America, known for recruiting recent college graduates into teaching roles, has incorporated a number of older people as teachers over the years.

At a time when research shows the impact a good teacher can have and the teacher shortage in some subjects and some locations is constant or growing, we can no longer afford to overlook the over-50 population. This group brings real-work experience and qualities that come with age (patience, empathy, problem-solving skills), often providing diverse role models for students. What’s more, many older recruits are young enough to spend a decade or more in the profession, offering continuity and benefiting from continued income and a renewed sense of purpose.

All sectors in society can help ease the path to encore teaching. Companies can underwrite training costs for their employees over 50, chalking up two big wins. They can burnish their reputations for supporting employees in making a graceful exit at the intersection of purpose, passion and a paycheck. And in supporting good teaching, they can help bolster the pipeline of young talent coming to them for jobs.

Government can also play a role by being a bit creative. Why not allow people to prepare for encore careers by drawing against future Social Security earnings to cover their training costs? A recent paper supported by AARP lays out the cost-neutral economics, plus the benefits of such a plan.

Even now–absent our own national equivalent of Now Teach, absent much corporate or government support–there are still paths forward for those who want to enter the most noble, and arguably the most needed, profession. 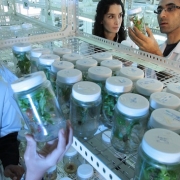 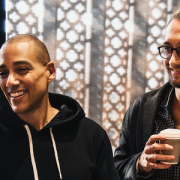