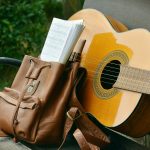 The First Time an Adult Took Me Seriously

By WILL SHEFF, originally posted in the New York Times

I grew up on the grounds of a New Hampshire prep school where both my parents taught. It was my whole universe. I ate every dinner in the school cafeteria. I knew the secret passages, the hidden theater tucked behind the basketball gym backboards, the gap in the hockey rink leaves you could slip through to marvel at the Zamboni. This was the 1980s.

My childhood had been defined by health problems, starting with a life-threatening brush with epiglottitis that required an emergency tracheotomy and intubation. Doctors would laugh with wonder when they’d pull out my hospital file, thicker than a phone book. I had severe asthma, allergies and pronounced nearsightedness that wasn’t discovered until grade school. Perched on the playground at my rough-and-tumble rural elementary school — with my trach scar and Coke-bottle glasses and messed-up teeth, Ventolin inhaler in my pocket — I felt like the chicken with blood on it, the one that the other chickens instinctively want to peck to death.

One day I was shuffling around the student center brandishing a copy of Dylan Thomas’s “Collected Poems.” I’d swiped it from my father’s bookshelf because it had looked appropriately grandiose. A passing teacher mentioned to me that a Mr. Harrold, who taught math and philosophy, also liked Dylan Thomas and that I should go talk with him.

Simon Harrold was a tweedy Englishman in his mid-40s, with a neat, white beard and thinning, sweptback hair, longer in the back. He’d arrived at Kimball Union Academy in 1989 under strange circumstances: There was a woman teaching at the school; he showed up and was said to be her husband. She disappeared, and he stayed on. Along with teaching, he directed Shakespeare in the spring, and every year he would perform at the Edinburgh Festival Fringe, doing plays by A. R. Gurney and Samuel Beckett. His flamboyantly British presence on campus reminded me that there was a larger world outside of our tiny 400-person town, and he had a self-possession that I envied.

I showed Mr. Harrold my collected Dylan Thomas, and he mentioned that he had another book I might like. I followed him to his house, claustrophobic with antique furniture, an entire wall taken up by a floor-to-ceiling bookshelf. He ran his finger along the spines and selected a copy of Thomas’s “Under Milk Wood: A Play for Voices” and then went into another room and came back with a recording of Thomas’s radio play on cassette.

“Under Milk Wood” narrated the story of a small town almost like the one I’d grown up in, full of beautiful eccentrics and furtive secrets and closed minds and the unspoken notion that the entire world is holy. I listened to the cassette about a dozen times, eventually putting it on as I’d fall asleep at night. It became like Scripture to me.

I went back to Simon’s house to tell him how much I liked it. Maybe you’ll like this, he said, handing me a poetry chapbook along with another cassette. Brian Patten revealed himself to be just out of his teens, vicious and romantic. His voice on tape was sharp-edged and tinny and intensely British, trembling with what felt like a tremendous weight of repressed anger. After a few more books, Simon decided it was time for me to tackle “Ulysses.” He followed that with a copy of “Tristram Shandy” that I never returned.

Before long, I was dashing off eccentrically mispunctuated, barely readable stream-of-consciousness monologues stocked with the biggest words I knew. I’d show these terrible pieces to Simon, and I somehow felt encouraged, though he never quite said he liked them.

He was far more approving of a band I had formed. At one school “concert” in our auditorium, the teenage audience derisively laughed at my wordy, confrontational lyrics. I pulled out an accordion; “Fag machine!” a kid in the front row yelled. I spotted Simon standing in the back, listening with seriousness and leaving after I was done.

I’d frequently go over to Simon’s house to talk. He’d pour me a pint of home-brewed beer — which seems inappropriate when I write it down, but which made me feel respected and trusted, like a peer. We’d chat warmly, though Simon’s accent and intellect always made him seem a bit remote. I spent most of the time talking around the fact that I had no idea what to do with my life. At one point, he stopped me. “I think that the next step, for you, is to call yourself an artist, and to understand that you are an artist,” he said. “Stop fussing about it and just decide to be an artist. Everything will follow from there.”

As much as I was obsessed with writing and music, I thought actual artists lived far away from the practical world, in some realm I’d never escape to. Simon’s pronouncement had an almost magical effect on me. I slowly became braver in trying that word on, and my work got better.

Shortly after I graduated, I learned Simon had lung cancer. I sent him a letter, along with a collection of poems I’d written, with a handprinted woodcut cover. And then, on a trip back to New Hampshire, I stopped by to see him.

I’d expected a rattled and diminished man, but Simon was the same dapper, witty Englishman. He told me that the first thing he’d done after the diagnosis was to start smoking again, since he liked smoking and was going to die anyway. Next he bought the most outlandishly expensive chair he could find, to read in. Rolling a cigarette, he sat back in that overstuffed chair, which felt like it took up most of the living room, and told me: “It really is true: You get what you pay for. I intend to be carried out in it.”

He described in great detail what it feels like having emphysema. He told me a hilarious story about a door-to-door salesman coming to his house and demonstrating a state-of-the-art vacuum; Simon regretfully told the salesman he wasn’t going to buy it because that was probably the last time his house would ever be vacuumed. We talked about books and about art again, and then I left. I knew I’d never see him again, but he was so calm he made that feel normal somehow.

I had charged into college with a head full of European modernists only to discover that nothing could have been more out of fashion. Frustrated and constricted, I decided that I wanted to do something my peers would find disreputable, so I started a rock band again. I wanted to fuse the language and complexity of literature with the scrappy immediacy of rock ’n’ roll, and I wanted to bring to rock singing the hypnotic quality I’d heard in the cassettes Simon had assigned me. I named the band Okkervil River, after a short story by Tatyana Tolstaya. 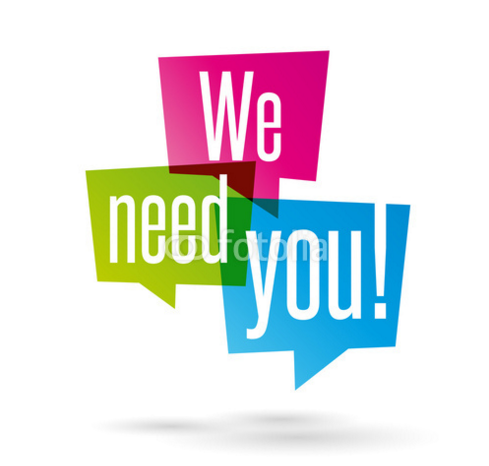 We need you!: A Call for Research Participants 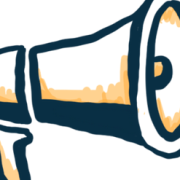