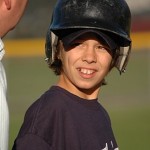 Professors of Psychology at the University of Washington and co-directors of the Youth Enrichment in Sports Project. The y-e-sports.com website contains descriptions of the coach and parent interventions and of their underlying scientific studies. Their book, Sports Psychology for Youth Coaches: Developing Champions in Youth and Life is a must-read for anyone interested in this important topic.

Today, approximately 68 million children and youth between the ages of 6 and 16 participate in athletic programs in the United States. There is strong scientific evidence that an important determinant of youth sport outcomes (which are not always positive) lies in the relationship between coach and athlete, and that a relatively brief and economical educational intervention can enhance the experiences of both athletes and coaches alike. In our Youth Enrichment in Sport Project, we have done research over the past three decades to determine the effects of coaching behaviors on children. In one series of studies, trained observers coded more than 100,000 coaching behaviors during practices and games to create behavioral profiles of numerous coaches, then assessed the attitudes of their athletes after the season. Clear behavior-outcome relations emerged, and we then applied this information to create an evidence-based intervention for coaches

Because we know from our research the kind of sport environment that has the most positive effects on youngsters, we can communicate clear behavioral guidelines (coaching and parenting “do’s” and “don’t’s”) in a workshop format. In a series of experimental program evaluation studies, we and other sport psychologists have shown that our Mastery Approach to Coaching intervention (a) fosters positive coach-athlete relations and greater mutual respect. (b) increases the amount of fun that athletes experience; (c) creates greater team cohesion and a more supportive athletic setting; (d) promotes higher mastery-oriented achievement goals in sports and in school; (e) increases athletes’ self-esteem; (f) reduces performance-destroying anxiety and fear of failure; (g) decreases athlete dropout rates from approximately 30% to 5% regardless of won/lost records, and (h) has equally positive effects on male and female athletes. Consistently, we find that the coach-athlete relationship is far more important than winning records in determining children’s liking and desire to play for the coach in the future. Moreover, the 75-minute Mastery Approach workshops, far from being perceived as burdensome, are very well received by coaches who later report that applying the principles not only created a more enjoyable season for their athletes and themselves, but also positively influenced their own parenting practices. More recently, in an effort to get coaches and parents on the same page, we have developed a companion Mastery Approach program for parents of young athletes.

Given the success of these brief evidence-based interventions, we have entered the dissemination phase of our work. With the support of the William T. Grant Foundation, which is dedicated to promoting children’s welfare, we have transformed the coach and parent workshops into 60-minute DVDs and have recently published “how-to” books on the Mastery Approach to assist coaches and parents in promoting children’s growth through sports. Information on these materials is available on our project website (y-e-sports.com). We would be happy if every sport program in the country profited from what we have learned and produced.

We are convinced that any program disseminated to coaches and parents should have a sound scientific basis and evidence for its effectiveness. If we want sport participation to have its desired positive impact on the lives and development of young athletes, coach (and parent) education is not only feasible, but essential.

Ditch the small talk: When being direct with your mentee can be a lifeline in a crisis