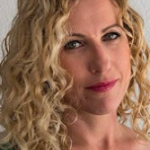 Are there differences in outcomes between youth who are mentored versus those who are not? What about youth who are in a group mentoring intervention versus those in one-on-one mentoring intervention? Do the mentored youth from single-parent homes benefit more from a particular program than those who are in two-parent homes. To answer such questions, the evaluator must make between-group comparisons—comparing one group to another group.

Do youth who are mentored youth improve over time? To answer this questions, the evaluator would need to make a within-group comparisons—making comparisons of the same individuals over time.

To answer these questions, you could run a t-test. Between- and within-group tests are very similar to each other, except that the first test takes into account that there are different individuals in the groups (e.g., group versus one-on-one mentoring). A simple t-test for independent groups could be used to explore two different groups. To make comparisons within a group (i.e., over time), we would use a within-group or paired t-test.

In both between and within group comparisons, we may also want to compare more than two groups. For example, we may be interested in how certain mentoring training influence youth. To test this, we might design a study where there is a group of mentored youth with (group 1) and without (group 2) the training, and a third group of non-mentored youth (group 3). To compare these three groups, we would use an Analysis of Variance – or ANOVA.

There are three types of ANOVAs, one is restricted to one outcome variable (e.g., grades) and it is called a One-way ANOVA. The other can incorporate more than one outcome variable (e.g., grades, well-being) – a Multiple ANOVA or MANOVA. A third type of ANOVA investigates how two factors (such as gender and social-economic-status) influence our outcomes of interest and is therefore called a Two-Way ANOVA.

2)  Paired T-test – used for within-group comparisons, examines differences within the same group of participants. (Same Apple Before & After)

4)  MANOVA – allows a comparison on how more than 2 groups differ on 2 or more outcomes. (Within-and Between Group designs)

5)  Two-Way ANOVA – allows to investigate how more than 2 groups differ on one outcome, based on 2 characteristics of that group. (Color and Size of Apples)

The critical importance of nurturing relationships

‘My guidance counselor didn’t do any of this’: How mentors can extend the vital work of school counselors