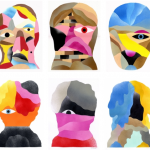 Editor’s Note: In a popular article a few years back, Jane Brody described a “common yet poorly understood mood disorder.” Many people with borderline personality have suffered abandonment or rejection in the past, so they are intensively sensitive to signs of it in the present. In fact, if they sense any signs of rejection from friends, romantic partners, mentors, etc., they may even orchestrate situations (e.g., making unrealistic requests, creating turmoil) that lead to an actual breach in the relationship, so that they can maintain feelings of “control” over the relationship. As Brody described, “People with the disorder are very thin-skinned” such that “some innocent word, gesture, facial expression or action by others sets off an emotional storm they cannot control. The attacks can be brutal, pushing away those they care most about. Then, when the storm subsides, they typically revert to being ‘sweet and wonderful,’ as one family member put it.” Just as narcissism can interfere with mentoring (see earlier post) so can borderline personality disorder. The National Institute of Mental Health has provided a comprehensive summary of this disorder, which affects many young people and adults, interrupting relationships and potentially making mentoring a very difficult task.  The below description is excerpted from NIMH.

What is borderline personality disorder?

Most people who have borderline personality disorder suffer from:

People with this disorder also have high rates of co-occurring disorders, such as depression, anxiety disorders, substance abuse, and eating disorders, along with self-harm, suicidal behaviors, and completed suicides.

According to data from a subsample of participants in a national survey on mental disorders, about 1.6 percent of adults in the United States have borderline personality disorder in a given year.2

What are the symptoms of borderline personality disorder?

According to the DSM, Fourth Edition, Text Revision (DSM-IV-TR), to be diagnosed with borderline personality disorder, a person must show an enduring pattern of behavior that includes at least five of the following symptoms:

Seemingly mundane events may trigger symptoms. For example, people with borderline personality disorder may feel angry and distressed over minor separations—such as vacations, business trips, or sudden changes of plans—from people to whom they feel close. Studies show that people with this disorder may see anger in an emotionally neutral face5 and have a stronger reaction to words with negative meanings than people who do not have the disorder.6

Borderline personality disorder can be treated with psychotherapy, or “talk” therapy. In some cases, a mental health professional may also recommend medications to treat specific symptoms….

To help a friend or relative you can:

Never ignore comments about someone’s intent or plan to harm himself or herself or someone else. Report such comments to the person’s therapist or doctor. In urgent or potentially life-threatening situations, you may need to call the police. 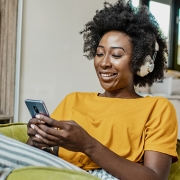 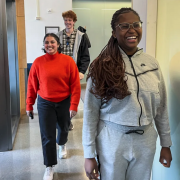