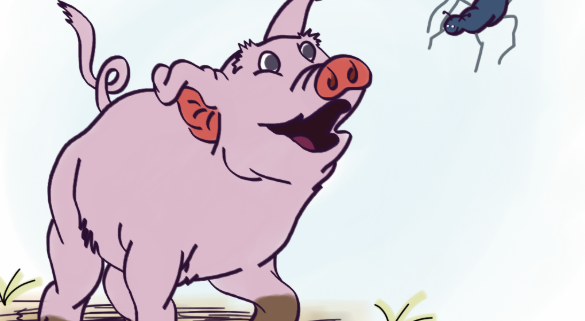 Why did you do all this for me?” [Wilbur] asked. “I don’t deserve it. I’ve never done anything for you.” “You have been my friend,” replied Charlotte. “By helping you, perhaps I was trying to lift my life a trifle. Heaven knows, anyone’s life can stand a little of that.”

Why do ordinary people sacrifice their precious time, emotional capital, and resources to serve as volunteer mentors? Are volunteers being purely altruistic or are other motivational forces at work?  And, if volunteer mentors are motivated, in part, by personal or professional goals, does that make their service any less valuable? These are intriguing questions that have implications for our efforts to encourage and sustain a volunteer mentoring workforce, particularly as we move toward more targeted, evidence-based approaches.

The myth of the selfless mentor

Many of us hold idealized images of volunteer mentors who are motivated solely by the desire to help other people’s children. Such selflessness is thought to be its own reward. Neuropsychologist Richard Davison has found that altruistic behaviors can, in fact, release endorphins in our brains that make us happier. Building on this he recommends that we all give back. If each of us spent time cultivating “various qualities like compassion and altruism the world would be a better place and we’d all be transforming our brains in very positive ways.” One mentor, a Newsweek reporter, captured these upsides after arranging an informational visit with a pediatrician for her mentee, Risa, and then witnessing Risa’s unbridled enthusiasm for a possible career in medicine on the ride home. “I looked over at Risa’s beautiful face. I wanted to hit the brakes, pull the car over, stare at her and expand time because I knew nothing before or since in my shaky career as a mentor would ever come close to this moment. Risa’s world had just opened up, had become huge and complicated and full of possibilities, and I was there to see it happen.”

Of course, not all mentoring moments are this inspirational. Volunteer mentoring can also be a sometimes exhausting, frustrating, and challenging undertaking–often leading mentors to give up. Indeed, rates of early match closure hover around 40%, with higher rates even higher in matches with mentees who are struggling with emotional, behavioral, health, and academic problems (Kupersmidt et al., 2017). Volunteer attrition is a troubling feature of the field, particularly given the potentially adverse effects of failed relationships and the effort and expense involved in recruiting, screening, training, and matching volunteers.

There are many factors at play, but some attrition may stem from unrealistic expectations, and the failure of many programs to openly recognize and confer benefits to their volunteers. When programs assume universally altruistic motivations on the part of their volunteers, they may fail to embrace or even acknowledge the potential two-way street, leaving mentors feeling burdened by the imbalance. Sociologist Matthew Desmond’s (2012) concept of “disposable ties” captures the consequences of strong imbalances in relationships, particularly given the challenges facing today’s mentees. When mentees are initially unreceptive to or unappreciative of the mentors’ sacrifice of time, or show few visible signs improvements in the short-term, mentors can feel drained. Acknowledging and even facilitating the the potential academic and career benefits to mentors who can persist may help to motivate and sustain service through the inevitable trials and tribulations.

Such acknowledgement will require a shift in the field, as we often look with distaste and even some suspicion at a volunteers who admit to wanting to impress an admissions committee or employer, or to advance their own career development through service. Although such motivations, often disparagingly designated as “egoistic,” are thought to undermine volunteer effectiveness, the scientific literature has not consistently supported this supposition. And deriving benefits does not necessarily diminish the sense of pride and joy that comes with feeling genuinely helpful to someone else. To the extent that programs explicitly recognize and encourage the potentially transactional nature of volunteer mentoring, they can more directly reap the full benefits of a more engaged volunteer workforce. This might include finding ways for mentors to satisfy pre-professional training hours and/or to earn college credit and  micro-credentials such as digital badges, continuing education units, certifications, letters of recommendation, and more (Ragins & Verbos, 2007; Ghosh & Reio, 2013; Weiler). This and other explicit recognition of volunteers sacrifice and service will better position the field to produce a more skilled, committed, and renewable source of volunteer mentors.

“If I look at the mass, I will never act. If I look at one I will”: Why statistics are no match for a good story

Opportunity (and mentor) hoarding in America