One of the benefits of remaining in the field of youth mentoring for so long is that I can look back over the past 30 years, and see both how much things have changed.  Like many psychologists of my generation, I was not exposed to empirically based therapies during graduate school. By the time I completed my training in the late 1980’s, cognitive behavior therapy was ascendant and the first evidence-based (EB) manualized therapies were making their ways into the clinics. I can now see that, in many ways, youth mentoring is where clinical psychology was 20 or 30 years ago. Back then, helping relationships were believed by many to be the primary “active ingredient.”

Such views were influenced by the relational theories Carl Rogers who posited that unconditional positive regard, genuineness, and empathic understanding are the ‘necessary and sufficient’ preconditions for any positive change (Rogers, 1957). These and related psychoanalytic and relational theories, influenced how formal mentoring was framed and suggested that an enduring, unconditionally accepting bond with a caring adult could provide a “corrective experience” that redresses earlier relationship struggles and helps to update working models of attachments (Rhodes, 2005).  The focus on relationship-building and recreation as the ends goals unto themselves enabled the field to eschew rigorous standards that have been applied to other intervention approaches. In its fuzzy specification of how program inputs (i.e., activities, outings, conversations) related to outputs (i.e., improvements in youth grades, behavior, mental health), mentoring remained an outlier in the broader field of youth interventions. Although a growing number of mentoring interventions are showing impressive theoretical precision and fine-tuned strategies, the ubiquity of kitchen sink, do-it-yourself, light-touch, low-fidelity approaches remain a major on overall program effectiveness–at least for a little while longer.

It’s not that programs and funders are actively rejecting evidence. Yet the messages percolating from both research and practice are often contradictory. Understandably, researchers’ inscrutable and often disappointing findings can frustrate even the most curious practitioner. At the same time, practitioner conferences and program websites can feel to researchers like a make-believe land of reassuring but ultimately misleading facts and figures. Many programs are also stretched to their limits as they wrestle with high staff turnover, increasingly vulnerable families, unpredictable budgets, and well-intentioned but sometimes mercurial volunteer pools. Given the increasingly complex difficulties facing many of the youth who are referred to programs today, the simple act of keeping  matches together can feel like a noble challenge.

Still, there are many promising changes on the horizon. Youth mentoring is now following the lead of other helping professions into the land of targeted evidence-based approaches. Indeed, there are now growing calls for approaches that include the systematic development and application of skills that are tailored to youth’s specific presenting problems (Cavell & Elledge, 2015). There are also ore abundant evidence-based training approaches emerging from psych labs, specific to to everything from phobias, trauma, and depression to social and emotional learning.

The fields of clinical and prevention science provide a roadmap for improving youth outcomes. The mentoring programs that thrive in the 2020’s will be those that demonstrate a clear return on investment over the relatively short-term, and can be delivered in ways that ensure standardization and easy, straightforward use. These criteria have led to improved effectiveness and cost-effectiveness across medicine and mental health care alike and the same will be true for mentoring in the years ahead.

Mentoring and the new science of wise interventions

Dr. Jean Rhodes has been in the field of mentoring for a long time, and this perspective gives her an idea of what's to come. Read her article on just that below 👇 evidencebasedmentoring.org/ba… #CEBM #mentoring #mentor #youth #backtothefuture pic.twitter.com/rkCAqdbJ40

What will your impact be? #MLKDay #MLKDay2020 #ChangeTheWorld pic.twitter.com/BHIFYKAN39

Today we remember Dr. Martin Luther King Jr. We honor his commitment to making the world a more equal, just, place, in part by joining his mission ourselves in whatever way possible. #MLKday #MartinLutherKingJr #Dayofservice #Change pic.twitter.com/FDGbST6ggF

Did you miss National Mentoring Day on January 17th? Click below to let us know what mentoring means to you or watch a video on some mentoring inspiration! evidencebasedmentoring.org/na… #CEBM #mentoring #mentors #youth #helpful #inspire pic.twitter.com/3G9NytuQXC 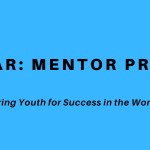 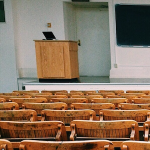 Does the quality of a natural mentoring relationship affect the perceived value...
We use cookies to analyze site traffic and provide a better browsing experience. If you continue to use this site, you consent to our use of cookies. Learn more about our updated Privacy Statement that supports the new EU data protection laws. Ok
Scroll to top