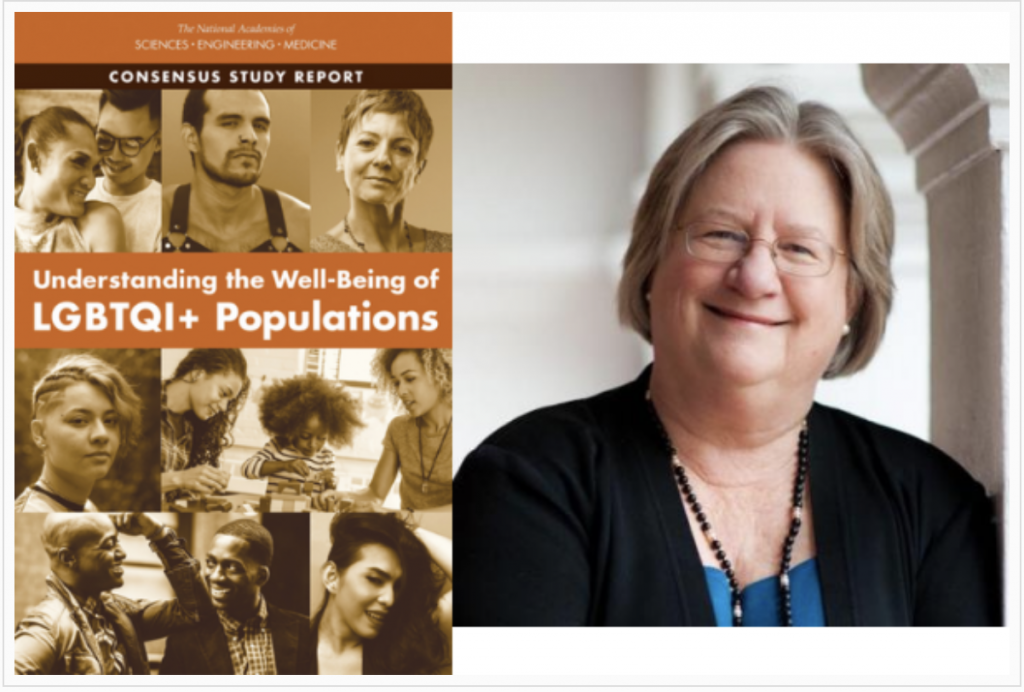 By Charlotte Patterson, Reprinted from Youth-NEX

Source: National Academies of Sciences, Engineering, and Medicine & the UVA Department of Psychology

In the fall of 2020, the National Academies of Sciences, Engineering, and Medicine released a landmark report on the well-being of lesbian, gay, bisexual, transexual, queer, intersex(e.g., persons with differences of sexual development), and other sexual and gender diverse people (LGBTQI+). The study updates and considerably expands a 2011 National Academies’ report on the health of LGBT people by also examining life experiences in multiple domains, such as law, education, public policy, and employment.

In a recent opinion piece for JAMA Pediatrics, my colleague and I shared the report’s review of the current state of knowledge on children and youths in several areas and offer some considerations on these subjects for pediatricians and other healthcare providers who work with children and youth. I highlight here a few areas of focus that may be of interest to educators, developmental psychologists, and other researchers.

Demographic data on sexual orientation and gender identity for people younger than 18 years remain sparse, since many data collection instruments still fail to assess these in pediatric populations. However, surveys that do collect this information show a consistent pattern of increasing disclosure of sexual orientation and gender identity (coming out) by adolescents over time. For example, findings from 10 US states using the US Centers for Disease Control and Prevention’s Youth Risk Behavior Surveillance System show significant increases in adolescents (ages 14-18 years) identifying as nonheterosexual (lesbian, gay, bisexual, other, or questioning) over time (ie, 7.3% in 2009 and 14.3%in 2017). This change reflects greater affirmation of minority sexual and gender identities by younger people. This is happening in a context of growing societal acceptance of sexual and gender diverse individuals that has been characterized by increased visibility of sexual and gender diverse populations, more positive media coverage, improved legal protections, and more supportive school policies.

By reinforcing societal expectations of sexual and gender normativity in behavior and appearance, schools play vital roles in the cognitive, social, and emotional development of children and youths. Educational environments that are not inclusive, supportive, and protective of sexual and gender diverse students expose them to stigma, violence, abuse and other mistreatment that may promote negative academic outcomes, such as delinquency, lower academic achievement, and lower high school graduation rates. For example, a study matching 900 LGBTQ students with a comparison group of heterosexual youths found a higher rate of school suspensions among LGBTQ students that were not explained by punishable behavior at school. In contrast, schools that offer supportive policies and practices, training for teachers and other school personnel, and support for gender-sexuality alliances (sometimes called gay-straight alliances, or simply GSAs) have been shown to have less bullying. In these schools, LGBTQ students report feeling safer and having higher self-esteem, fewer mental health problems, less substance use, and less suicidal ideation.

Consistent with earlier studies, recent research on the physical health of LGBTQI children and youth reveals their earlier initiation and higher prevalence rates of cigarette smoking, use of alcohol and other substances, as well as higher risk for HIV and other sexually transmitted infections. There has been a significant increase in research and knowledge of mental health over recent years. These data extend earlier findings of significant disparities in depression and suicidality, demonstrating higher rates of anxiety disorders, posttraumatic stress disorder, eating disorders, and suicide attempts compared with heterosexual youths. In addition, there is now evidence that mental health disparities in adolescence can persist into adulthood, increasing the risk of LGBTQI adults for mood, anxiety, and eating disorders.

The current report underscores the urgent need to integrate measures of sexual and gender diversity into major public and private survey instruments. The report also emphasizes that while acronyms such as LGBTQI are used to describe this population, LGBTQI people actually have many other identities as well, and they are more diverse than this acronym suggests. I hope that our report will deepen understanding of the experiences of these youth and help to support constructive discussions among LGBTQI youngsters and their family members.

The Fear of Speaking Out About Mental Health Is Persistent. We Need to Reach Out to Each Other 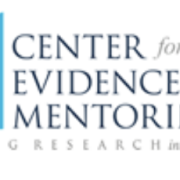 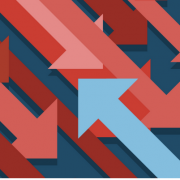 The Pandemic Exacerbated Mental Health Issues among Incarcerated Youth. How Can We Reverse the Trend? 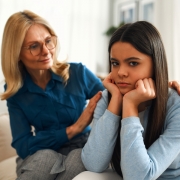